The identity of the ‘unknown’ casualty buried in CWGC’s Canada Cemetery, Tilloy-lez-Cambrai, in France has been officially confirmed.

The 31-year old died on 1 October 1918 as part of intense fighting to take Cambrai, a major enemy transportation hub in northern France. Until today he had been commemorated on the Vimy Memorial, which was built in memory of Canadian soldiers killed in France during the First World War who have no known grave. 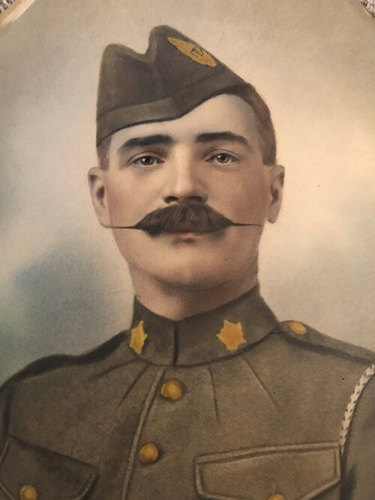 Independent researchers initially raised the possibility that the partially identified corporal of the 43rd Battalion buried in Grave 32, Row C, Plot 2 in Canada Cemetery, Tilloy-lez-Cambrai was Corporal Ledingham. The Commonwealth War Graves Commission’s Commemorations team conducted a detailed assessment of archival war records, verifying the circumstances of all potential candidates whose details might have resulted in them being buried at Tilloy-les-Cambrai and eliminating the possibility that Corporal Ledingham might have been buried in another unidentified grave in the area. The Canadian Department of National Defence Directorate of History and Heritage conducted additional research, confirming that Corporal Ledingham was the only plausible candidate.

The military authorities remain responsible for the formal identification of service personnel who died in service and so the case was officially approved by the Casualty Identification Review Board, which includes specialist representatives from the Canadian Forces and CWGC.

The family of Corporal George Herbert Ledingham have been informed of the decision and a formal rededication ceremony will take place in France at the earliest opportunity. CWGC would like to thank all those who have contributed to the successful outcome of this case. 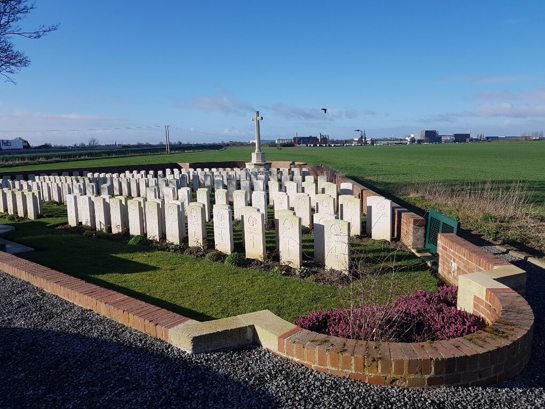 The Honourable Lawrence MacAulay, Minister of Veterans Affairs and Associate Minister of National Defence, said: “While the reality of the fighting on the Western Front left thousands of young men in unmarked graves, it’s important – even all these years later – that we not forget that each of them was a person with a name and a story when they died. Days like today remind us of that, and I’m glad that we’re now able to provide Corporal Ledingham with the recognition that he and all of his comrades deserved.”

George Herbert Ledingham was born on 17 February 1887 to Alexander and Barbara Elizabeth (nee Paulin) Ledingham, in Aberdeen, Scotland. He worked as a teamster before enlisting on 15 November 1915 in Winnipeg. One of his brothers, William Alexander Ledingham, also joined the Canadian Expeditionary Force, and survived the war.

Learn more about some of the CWGC WW1 Canadian memorials you can visit.