The 103-year-old mystery of an unknown New Zealand Army captain buried in a cemetery in Belgium has been solved.

Grave I.E.20 at the Dochy Farm New British Cemetery has been confirmed as the final resting-place of Captain Ernest Charles Parry, 1st Battalion Auckland Infantry Regiment, who was killed on 6 October, 1917, during the Battle of Passchendaele. Captain Parry, of Paeroa, is commemorated on the New Zealand Tyne Cot Memorial to the Missing and until now, had no known grave. 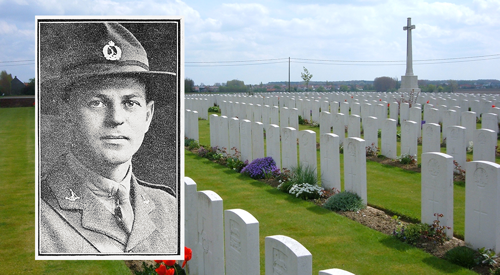 Confirmation of Captain Parry’s grave came after a painstaking review of historical material by New Zealand Defence Force (NZDF) historians, after an initial case was put forward by overseas researchers. The NZDF team found evidence that the bodies of Captain Parry and Sergeant Donald McLean were found lying close together by other members of their battalion on 6 October 1917.

“We had some pages added to the war diary of his battalion, and a letter from one of his comrades  published in the Ohinemuri Gazette in 1917,” he said.

“It’s unlikely that either would have been found if it wasn’t for the digitisation programmes carried out recently by Archives New Zealand and the National Library.

“We’re also very much indebted to the work of other researchers, who had made submissions to the Commonwealth War Graves Commission that Grave I.E.20 contained Captain Parry.”

After the bodies were found, it appears that the two men were buried close together on the battlefield. After the war, however, when the bodies were recovered for reburial at Dochy Farm New British Cemetery, the graves concentration unit was only able to identify Sergeant McLean and an ‘unknown New Zealand captain’.

“We then had to eliminate the possibility that the grave was one of five other New Zealand infantry captains killed in the same area who had no known grave,” Mr Buck said. 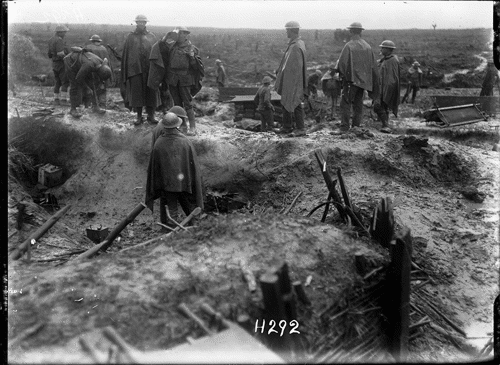 There are 6290 members of the New Zealand Armed Forces who served during the First World War listed on memorials erected to those with no known graves. Given the considerable uncertainty typically surrounding such cases, a positive identification based purely on archival research is extremely rare.

The Commonwealth War Graves Commission said that Captain Parry’s is the first successful identification case for a New Zealand casualty that it was aware of.

Captain Parry had two young sons and his wife, Mary Okara Parry, wrote movingly of the difficulties of bringing up two young children on her own after the death of her husband.

The sons both served in the Royal New Zealand Air Force in the Second World War. Tragically one of them, Flight Sergeant Joseph Stewart Parry, was killed on active operations flying with the Royal Air Force’s 99 Squadron on 29 September 1941, and has no known grave.

Flight Sergeant Parry’s bomber crashed into the sea a few kilometres north of Amsterdam while returning to Cambridgeshire after a raid on Genoa. The bodies of three of the six-man crew washed ashore later on the Dutch coast and were buried, but the other three, including Flight Sergeant Parry, were never found. They are commemorated on the Runnymede Memorial in Surrey, England.

We will replace the headstone marking Grave I.E.20 at the Dochy Farm cemetery to show that it is the grave of Captain Parry. His name will remain on the New Zealand Tyne Cot Memorial to the Missing, until the panel is replaced during the usual course of maintenance and upkeep.