Originally buried in an unmarked grave by the German forces over a century ago, the now identified remains of 21-year-old Corporal (Cpl) Bertie Frederick George Jeffs have today (Tuesday 28 September) been rededicated, marking the sacrifice he made for his country. 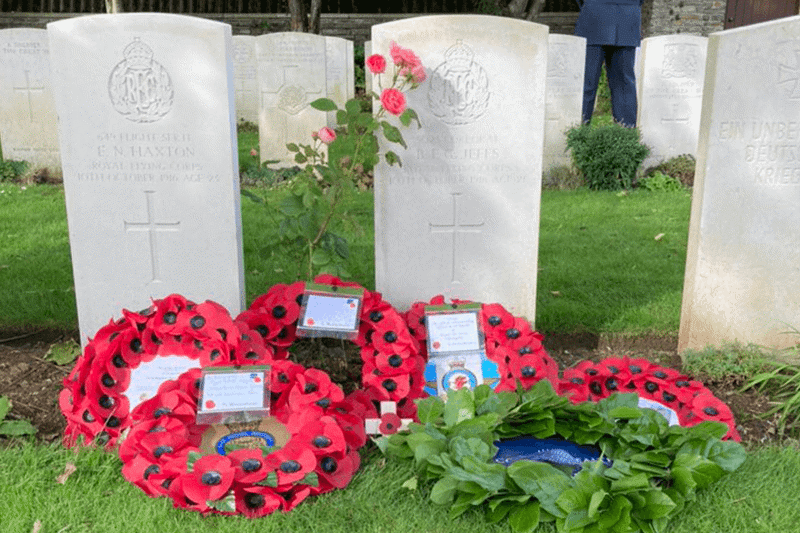 The rededication service was held at the Commonwealth War Graves Commission’s (CWGC) Douchy-les-Ayettes Cemetery, on the Somme, in France, and was conducted by Reverend (Sqn Ldr) Kate Bruce Station Chaplain RAF Coningsby. It was attended by members of XI(F) Squadron RAF and organised by the MOD’s Joint Casualty and Compassionate Centre (JCCC).

“Cpl Jeffs bravery should never be forgotten and to have members of XI(F) Sqn RAF here to honour him along with the researchers who worked so hard on the case has made today even more special.”

Cpl Jeffs was serving with 11 Squadron Royal Flying Corps as the Observer onboard a Royal Aircraft Factory F.E.2b fighter aeroplane piloted by Sergeant Ernest Haxton. On the afternoon of 10 October 1916 at approximately 14.40, whilst on an offensive patrol, they were attacked by hostile forces north east of Bapaume and shot down. Sadly both airmen were killed and lie next to each other in the cemetery. 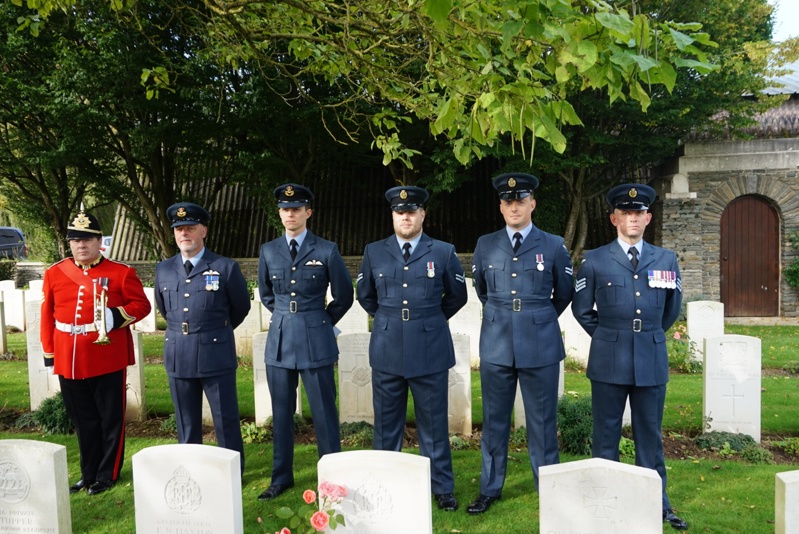 “For 105 years Bertie Frederick George Jeff’s body has lain unknown – except to God. Now this has been corrected thanks to those who have offered compelling evidence concerning his identity.

“It is a great privilege to join with representatives of JCCC, XI(F) Sqn RAF and others to honour Bertie Jeffs and his pilot, Ernest Haxton, giving thanks for their courage and sacrifice. Two young men, 21 and 23 years old respectively, who sacrificed all that might have been in their lives for all that has been and is for countless others. ‘Greater love hath no man than this, that a man lay down his life for his friends.’ (John’s Gospel 15.13).”

The new headstone at the grave was prepared by the CWGC who will now care for them in perpetuity.

“Today, Cpl Jeffs receives the named headstone his sacrifice so richly deserves. We commend all that made this possible. He is unknown no more but named and at rest alongside those he served with. We will remember him and his comrades, for ever more.”