The graves of Private (Pte) James McNeilage McLean, age 24 and Lance Corporal (LCpl) Brunton Smith, age 35, who were killed at different stages of the First World War in Northern France, have been rededicated more than a hundred years after they died. Both men served with regiments that are now antecedent to The Royal Regiment of Scotland.

The services, which were organised by the MOD’s Joint Casualty and Compassionate Centre (JCCC), also known as the ‘MOD War Detectives’, were held at the Commonwealth War Graves Commission’s (CWGC) Fosse 7 Military Cemetery (Quality Street) and Bancourt British Cemetery on 17 November.

The graves of both men were identified after two members of the public, Alan Gregson (for Pte McLean) and Andrew Pugh (for LCpl Smith) contacted the CWGC presenting evidence suggesting they had been found. Further research conducted by the National Army Museum and JCCC confirmed their findings.

Nicola Nash, JCCC case lead said:
"Today we stood in two beautiful cemeteries and heard nothing but birds and the distant rumbling of everyday life. A very different scene would have faced our two soldiers over a hundred years ago, when these two men made the ultimate sacrifice for their country. Having their families attend today just shows that their sacrifices will never be forgotten and they will always be remembered with grateful thanks by us all”.

The rededication service for Pte McLean was attended by members of his family including his great nephew, Philip Maclean.

"The re-dedication service for our Great Uncle James was a moving and emotional experience. We are so pleased as a family he is no longer a missing soldier. We would like to thank the MOD, CWGC and the Army for their considerable efforts".

"There are key moments in our shared history that stand as vital. When within the tragedy of such epic loss as WW1, we can in our present take time to honour and consider the individual who has died - we are on the right track. The celebration of inherent human dignity is found in such moment as the rededication of our fallen heroes".

Liz Woodfield, Director of External Relations at the Commonwealth War Graves Commission, said:
“We thank Mr Gregson, Mr Pugh and the National Army Museum for their research and dedication in helping to identify the graves of Pte McLean and LCpl Smith. We are privileged to honour these two brave men who made the ultimate sacrifice fighting for their country. We will care for their graves in perpetuity.” 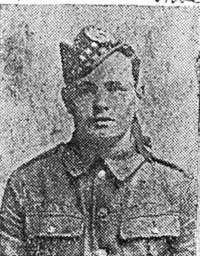 Pte McLean was born in 1891 to Donald and Agnes McLean and was the third oldest of twelve children. He was born, grew up and served his apprenticeship in Old Kilpatrick, where he worked as a shipwright for Napier & Miller. His father was a marine engineer, a tradition which continued in the family down to recent generations.

Pte McLean was living in Invergordon at his grandparents when he joined the 10th Battalion, Gordon Highlanders. Referred to at the time as ‘the big push’, the Battle of Loos was the biggest British attack of 1915 and saw the first engagement of New Army units. Five battalions of the Gordon Highlanders saw action in this battle, with a further two involved in a subsidiary attack in Hooge, north of the Loos battlefield. Just two days before this battle began, on 23 September 1915, the 10th Battalion, Gordon Highlanders were in the front lines facing Loos-en-Gohelle. The day was spent listening to the near constant, heavy artillery bombardment of the enemy trenches. During the afternoon, the battalion ‘shewed their bayonets and cheered’ to trick the enemy into thinking an attack was imminent. It was during this day that Pte McLean tragically lost his life aged 24. He is commemorated on the local war memorial in Duntochter. 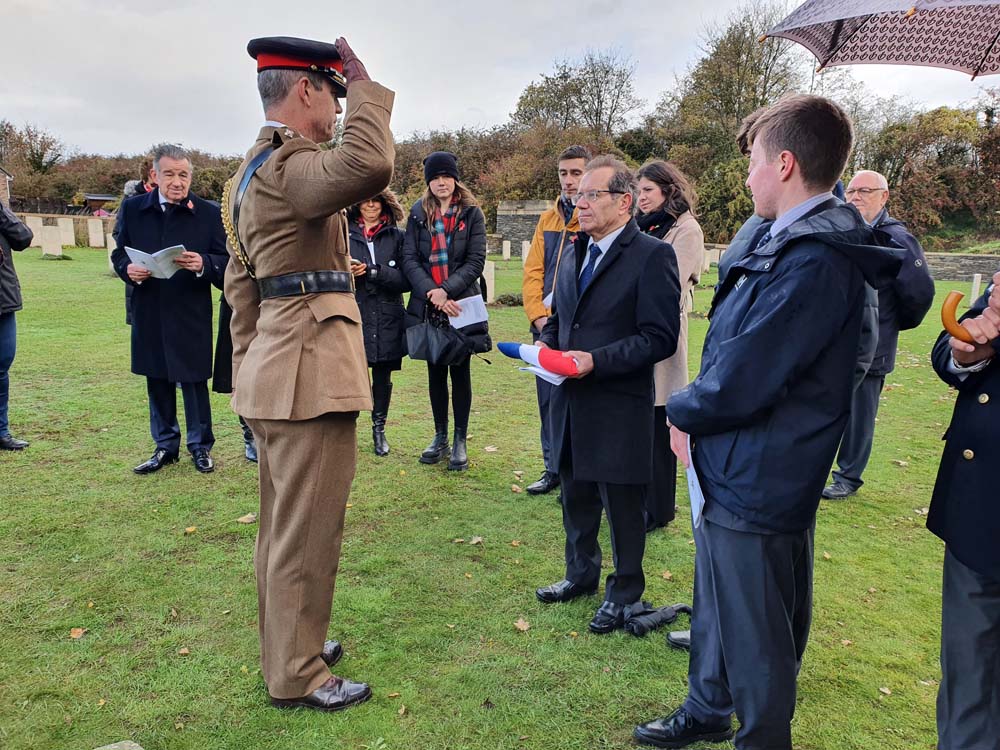 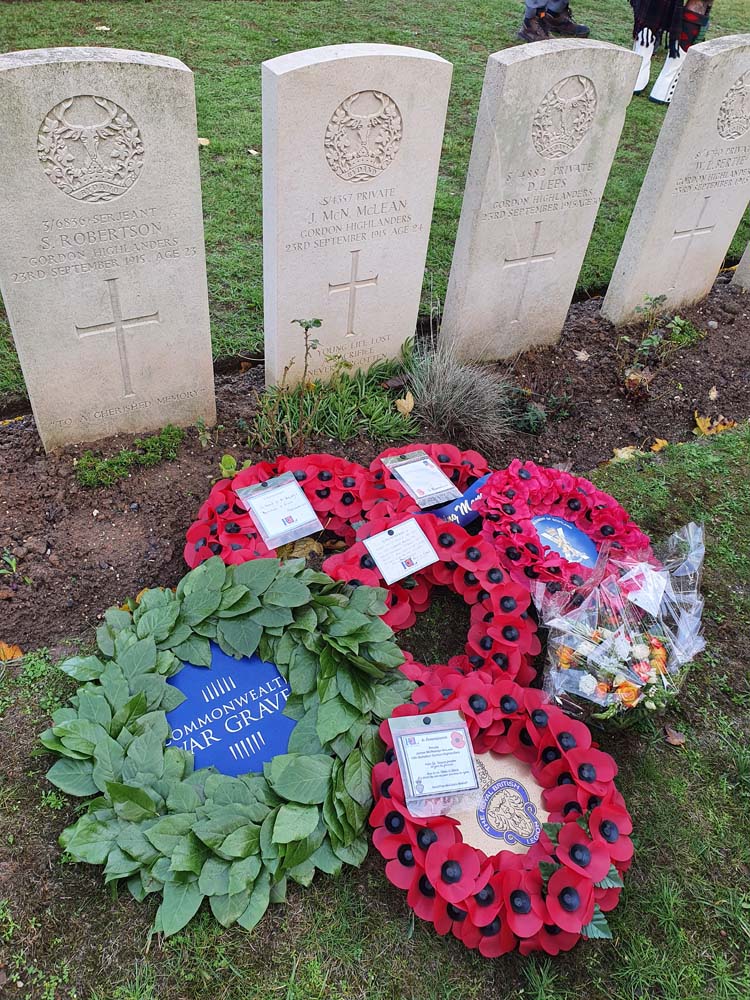 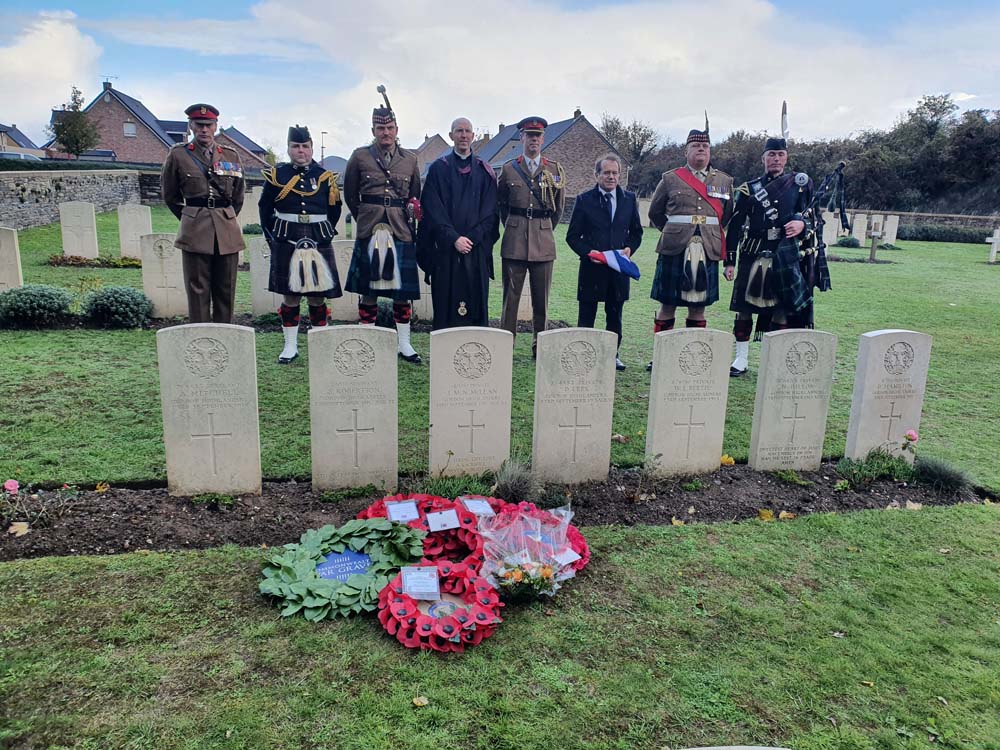 Philip Maclean with members of the 4th Bn, The Royal Regiment of Scotland (Crown Copyright).

LCpl Smith was born in 1882 and worked as a gunpowder maker and a coalminer in the colliery near his home in Roslin, Midlothian. His family believe that when he was in his late 20s, he boarded a ship to New Zealand in anticipation of finding a new life. He landed at Westport on the West side of the South Island and made his home in the burgeoning coal mining town of Denniston Plateau, 1700ft up the mountain. During his stay in Denniston, LCpl Smith sent home several postcards and messages expressing his love for the country and his work there.

He returned to Scotland in 1913 and married Helen Webster Anderson at the Original Hotel in Roslin, Midlothian. They had two daughters, Helen Anderson born in 1914 and Jane Lawrie, born in 1915. LCpl Smith’s plans to return to New Zealand with his family were put on hold when he joined the 8th Battalion Royal Scots in 1915.

LCpl Smith was a member of the independent Order of Rechabites and was an avowed abstainer of alcohol. 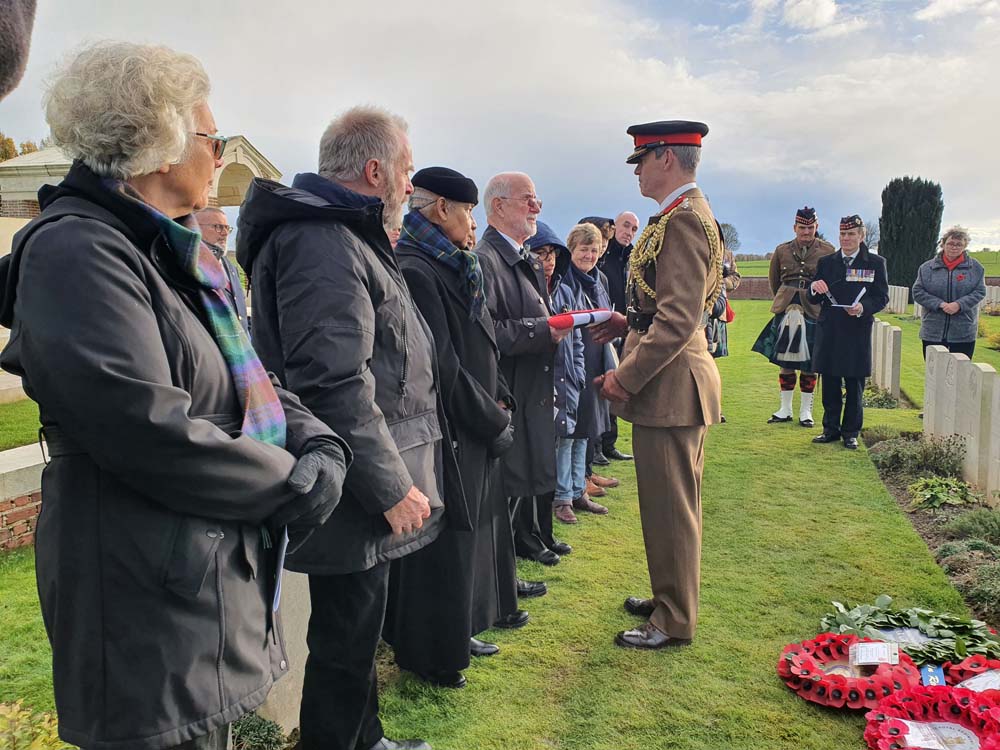 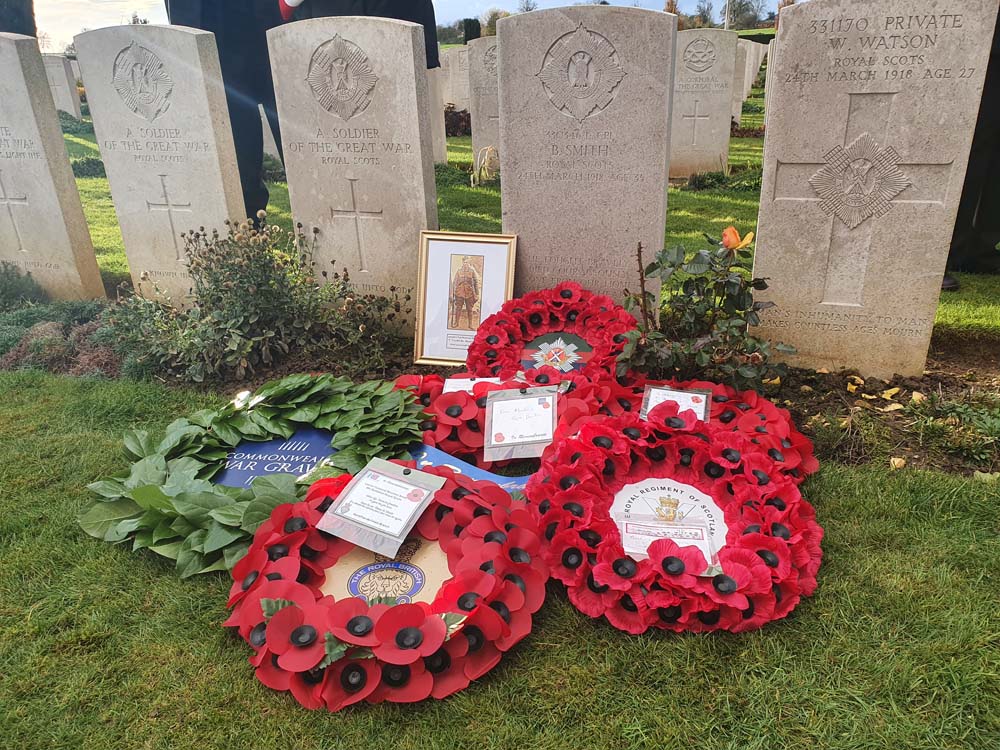 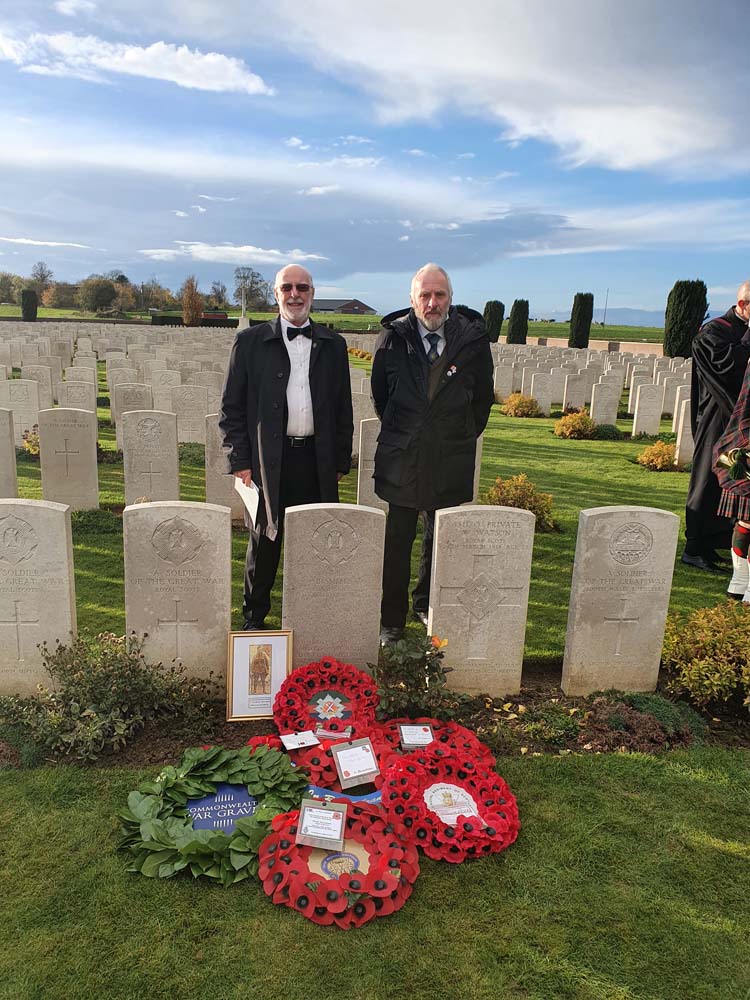