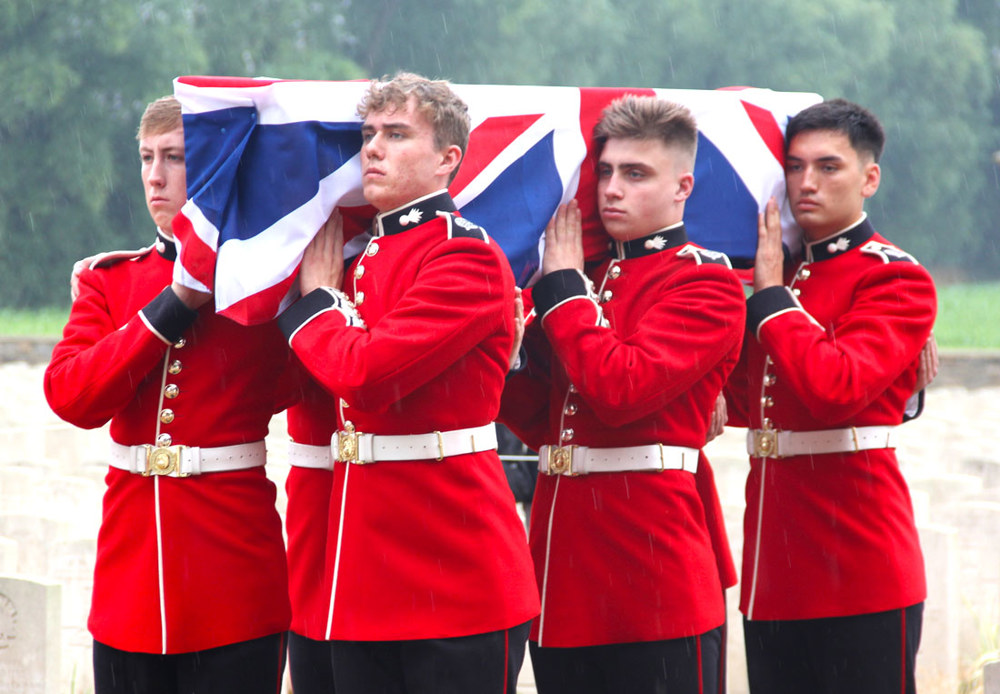 An unknown soldier of the Grenadier Guards who died during World War One was buried earlier today (Wednesday 20 July 2022) more than a century after his death.

The service was organised by the MOD’s Joint Casualty and Compassionate Centre (JCCC), also known as the ‘MOD War Detectives’, and was held at the Commonwealth War Graves Commission’s (CWGC) Guards’ Cemetery, Lesbeoufs, France.

The remains were recovered during construction work on the outskirts of Ginchy, a small village in northern France. Artefacts recovered with the casualty included Grenadier Guards cap badges and shoulder titles as well as a small silver cup with some initials engraved on it. DNA testing was attempted but was unsuccessful due to the condition of the remains. The location of the casualty suggests that they were probably killed during action in the Ginchy area in September 1916.

Nicola Nash, MOD JCCC Caseworker said:
“Although we were not able to identify this soldier of the Grenadier Guards, he has been buried with the utmost care and respect by his regiment. He is now laid to rest and ‘Known Unto God’, with heartfelt thanks from us all for his bravery and sacrifice.” 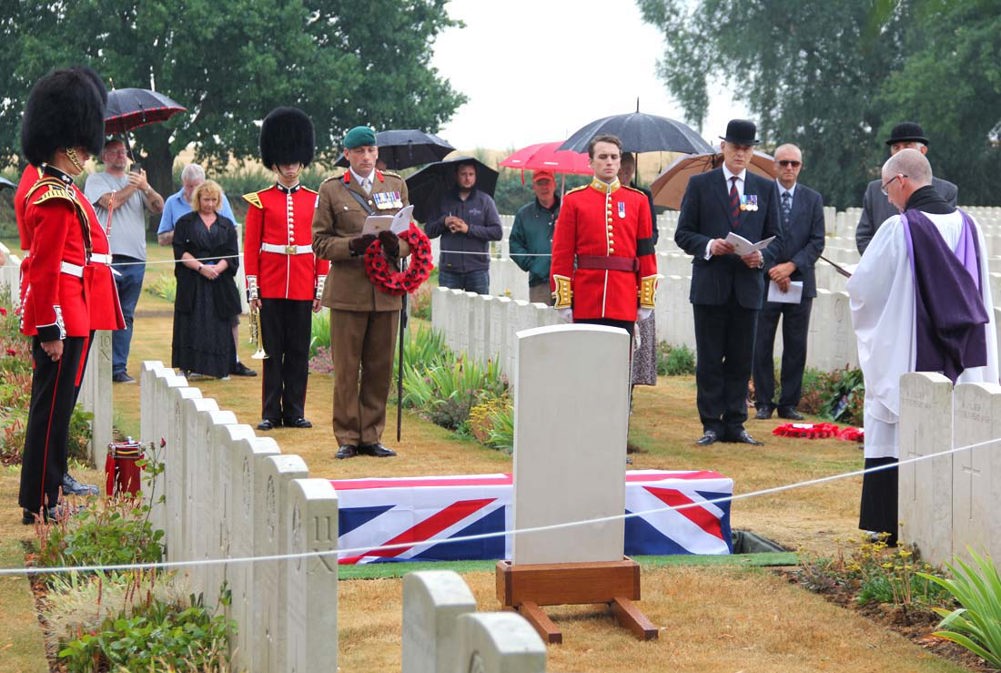 Reverend Martin Wainwright CF said:
"It was a privilege to gather as the Grenadier regimental family and pay our respects to one of our own and lay them to rest with dignity and honour".

Area Director for France at the Commonwealth War Graves Commission, Xavier Puppinck, said:
“Today, this soldier of the Grenadier Guards has been laid to rest at the Guards Cemetery in Lesbeoufs, with honour and dignity. We will ensure his sacrifice is not forgotten and care for his grave in perpetuity.”