Repairs are taking place at Kranji War Cemetery in Singapore after a rise in lightning strikes has caused damage.

The cemetery stands on a sloping hill that is prone to taking the brunt of bad weather. While rainfall last year was unusually low, there was a spike in thunderstorms, which has taken its toll. 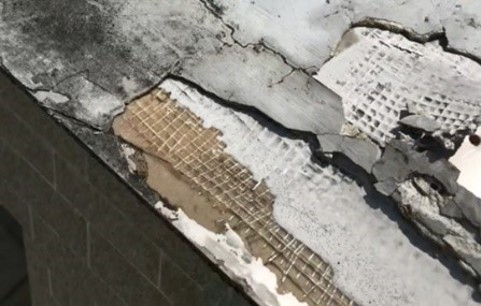 Stone damage can be seen on the entrance shelter buildings after repeated strikes. The features are so commonly hit that visitors are warned to stay clear during storms.

Recently we have begun to repair the damage and will shortly install a lightning protection system to reduce the impact. 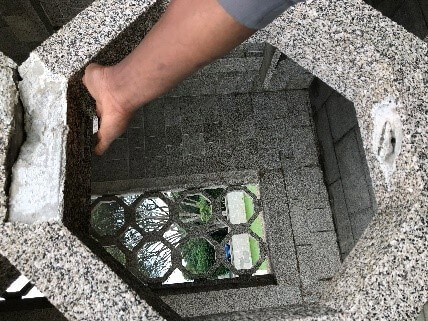 Kranji War Cemetery was designed by Colin St Claire Oakes and built in the 1950s. 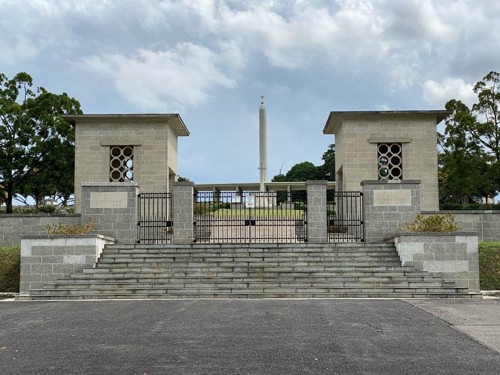 There are 4,461 Commonwealth casualties of the Second World War buried or commemorated here, and more than 850 of the burials are unidentified.

The Chinese Memorial in Plot 44 marks a collective grave for 69 Chinese servicemen, all members of the Commonwealth forces, who were killed by the Japanese during the occupation in February 1942. 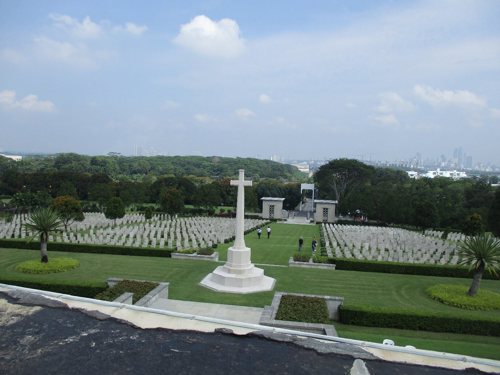 Within Kranji War Cemetery stands the Singapore Memorial, bearing the names of over 24,000 casualties of the Commonwealth land and air forces who have no known grave.

The memorial was recently restored after its roof began to deteriorate. A failed layer of bitumen was removed, allowing minor cracks in the concrete roof to be filled before a new waterproof covering was laid.

Afterwards, the memorial’s own lightning protection system was checked. In the picture below you can see the copper strips that run around the edge of the roof, and the spike standing proud which acts as the conductor. When lightning strikes it follows the path of least resistance, the system in place will ensure that the surge of power is conducted away from the important historical memorial and is grounded safely. 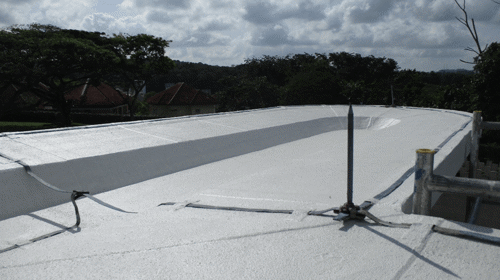