Major restoration on the Somme - Our Work Continues

A major reconstruction project is underway at Sailly-Saillisel British Cemetery in France. The boundary walls of this site, on the former battlefields of the Somme, are being rebuilt using 60,000 specially made bricks to match the original materials.

This essential work has been required because the walls were in very poor condition after being exposed to the elements for nearly 100 years and having been partly rebuilt in the past using a very hard cement.

The site was designed by one of our Principal Architects, Sir Reginald Blomfield, and takes the form of a walled square enclosure with two entrance shelters. 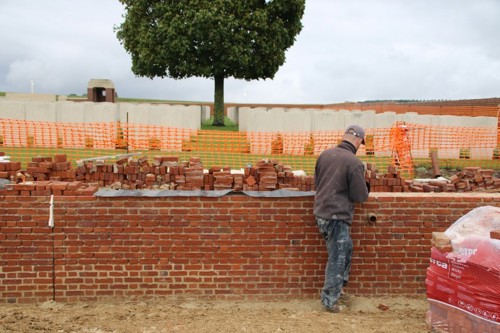 The new foundations to the walls are already being laid and three of the four boundary walls will be completely rebuilt between now and December.

During the work eight headstones to casualties who were known to be buried in the cemetery, but could not have their exact grave locations marked, have been temporarily moved.

Access and parking for visitors is unaffected while work continues. 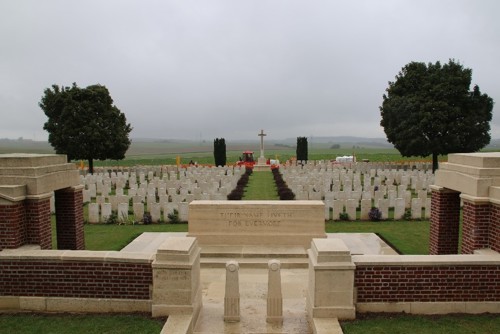 The challenges posed by global lockdowns affected our work in many ways. One of the longer absences has been for the team who maintain Kranji War Cemetery in Singapore.

For many months now only our senior head gardener Christopher Leong has been able to safely visit due to the local restrictions. He has found that nature wastes no time in taking over.

Before and after, even just a few months’ absence left a lot of work for our senior head gardener.

Aside from the heavy overgrowth that he needed to single-handedly cut back, the wild boar and snakes which are occasionally spotted had started to try to make the cemetery their home.

With order restored to the site, Chris’ attention turned to the stonework. Our forced absence and overgrowth accelerated the biological growth that can darken headstones over time.

Using a new enzyme treatment that could one day help us to reduce the amount of chemicals used in our regular maintenance, the headstones are being carefully cleaned in a way more sympathetic to the natural environment. 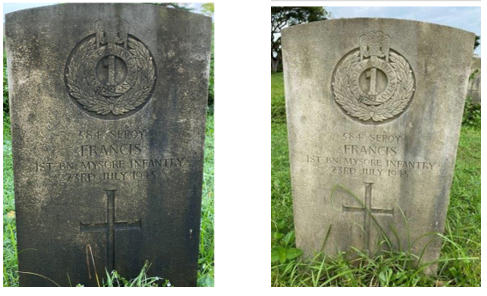 Before and after the enzyme treatment has been applied. This new process could help us reduce chemical usage soon.