Spanish Flu - The Forgotten Fight of the First World War 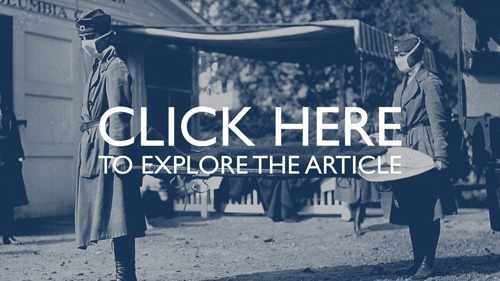 The Influenza pandemic of 1918 and 1919 killed an estimated 50 million people worldwide – more than the First World War – and yet we still know little about how or where it started and why it was so lethal.

There is no memorial to the victims of influenza, except for those who died in service and are remembered in the cemeteries and on the memorials of the CWGC.

As many as one million service personnel across all the combatant nations lost their lives to the virus.

The memory of the disease was largely overshadowed by the end of the war and it is only recently that the 1918 pandemic has been reconsidered in the light of modern medicine.

In many ways, it is the forgotten fight of the First World War.

Visit our new immersive multimedia article to learn how the CWGC’s war records memorialise those who died and are helping to inform modern understanding of the disease and approaches to pandemics today.