What are our gardeners doing this February?

Winter in the Northern hemisphere has brought widespread snow and heavy rain. Yet, in between our CWGC gardeners continue to be busy.

In France the team are going through the borders, topping up soil, replacing and dividing herbaceous and alpine plants and weeding, as well as cutting back some of the ornamental grasses and flower heads that have been left in place over the winter – as pictured below in Delville Wood Cemetery, in Longueval, France. 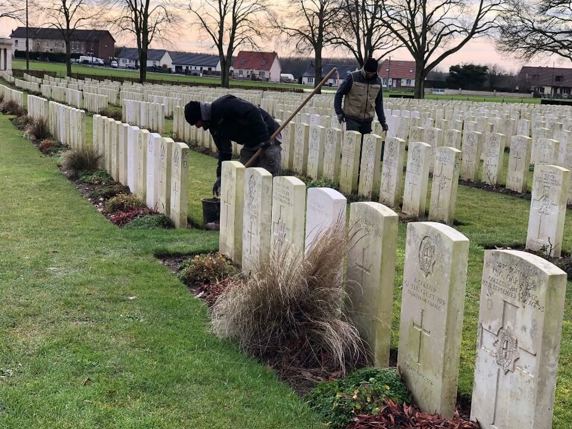 These preparations mean that when the soil conditions improve and the rain stops, they can concentrate on border cultivation; breaking and turning the earth to prepare for the spring.

Our gardeners know all too well how important this is in the Somme region and all around the Ieper salient. The clay soils often become saturated during the winter and then bake hard in the summer so they must make the most of this little window to cultivate the borders.

Heavy clay soils are difficult to garden however many of the rose varieties we grow love these conditions.

In Belgium, on the outskirts of Ieper, our tree team have removed six trees from Sanctuary Wood Cemetery that had begun to rot due to an infestation of honey fungus (Armillaria sp).

Removing trees is always a last resort, but inspections showed these trees were becoming structurally unstable and had the potential to fall.

To undertake the work 49 special memorial headstones to war dead who are buried elsewhere had to be removed. Over time these headstones had shifted. When they are reinstated in March they will return to our global standard of 81.3cm above the ground.

Replacement planting will take place in the future – there are some species which are not susceptible to this fungus but the best method for control is to remove the infected trees which are a food source for the fungus itself.

Photos showing one of the arborists starting to work on the removal of the trees – we reduce the crown of the tree before felling – this is a much more controlled method and it minimises potential damage to the site. Below right is the distinctive fruiting bodies of honey fungus. 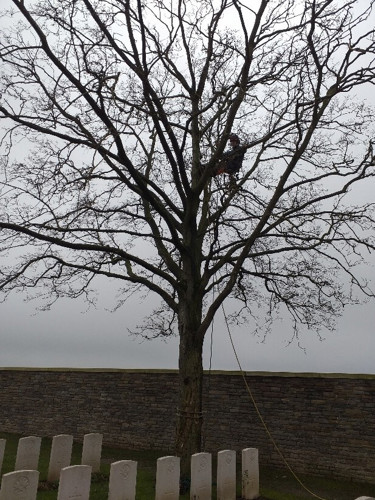 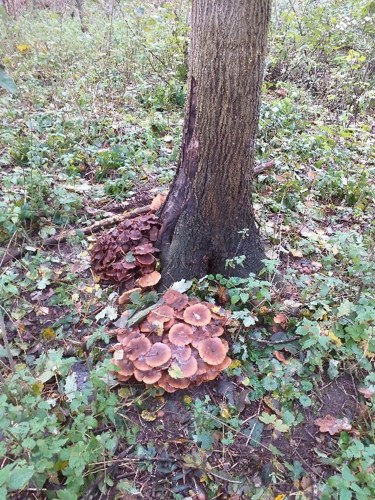 Back into the earth

Across the world we seek to make best use of the organic waste created by our gardening. In Italy the team are also preparing the borders for the spring, topping up the soil with mature compost made from our mowing clippings mixed with other green material which has been collected in the cemetery.

We are aiming to use mulching mowing decks as much as possible when cutting our lawns returning the cuttings to the turf to provide some nutrition and organic matter.

The best compost is made with a mix of a wide range of plant material and in Coriano Ridge War Cemetery (below), pruning work has taken place on a hibiscus hedge.

Instead of disposing the cuttings, these have been shredded, allowing us to put it to use in our compost mix. 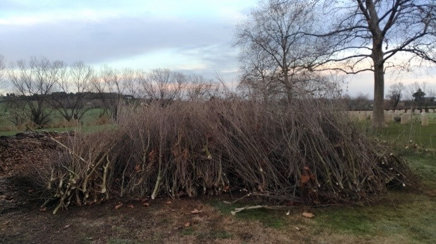 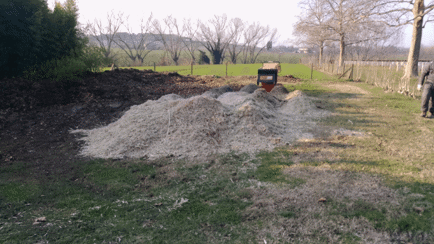 Read more news
Read more
News
Our year in lockdown
Read more
News
What are our gardeners up to this month? March 2021
Read more
News
Preparing the next generation of stonemasons
Share this on
Tags Our work continues Deville Wood Cemetery