What are our gardeners doing this month? April 2021

The milder weather of spring now sees many of our gardeners enter the season for the second time under lockdown restrictions. While visitor numbers may remain low in many countries, their work continues.

Main tasks this month include a spring tidy, cultivating the soil for new growth and straightening borders. In northern Italy, at Castiglione War Cemetery you can see how our team lift strips of turf and turn them around to provide a new, straighter edge to the border. The small gaps left behind are then filled with strip of turf and grass to complete the finish. 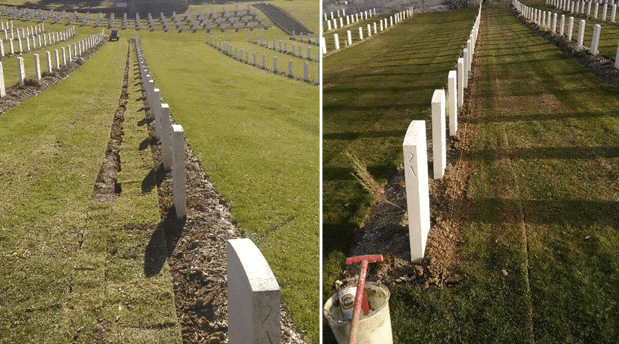 Elsewhere in the Mediterranean staff in Israel have been keeping on top of the weeds that naturally grow in our borders. Here in Ramleh War Cemetery, by clearing them at the start of the season they can be free to prioritise grass cutting as temperatures rise and growth speeds up. 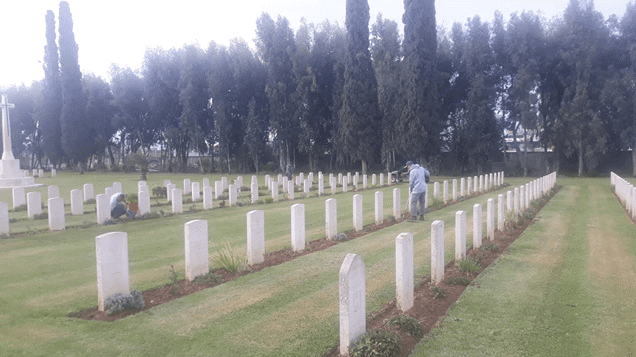 Like many of us, the horticulture teams in France are facing a second spring working under COVID restrictions. While maintaining social distancing has its challenges the teams have adapted well and are fortunate to be working outside.

As well as the signature headstone borders, our gardeners tend to some wildflower meadows, such as the one seen here at Thiepval.

They are cut down before being allowed to flourish for the season. We are trying to increase the areas of meadow like this as they are great havens for wildlife and also have lots of seasonal colour and interest. 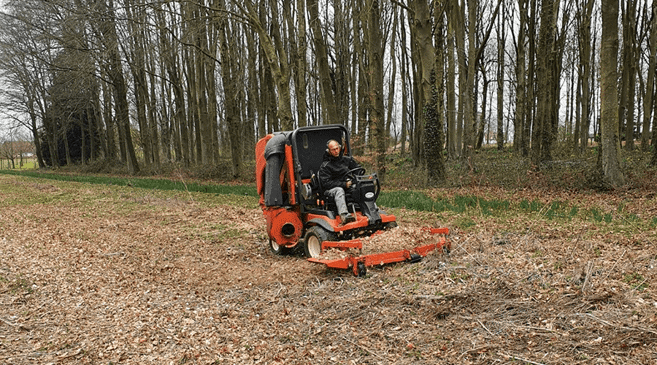 At Groesbeek Canadian War Cemetery in The Netherlands, the team have been improving their wildflower areas by adding additional seeds of native perennial flower species. The choice of species is dependent upon the soils and native flora of the area.

By sowing in patches of several square meters, the plants will spread over the coming years. The removal of the grass allows the plants to better establish and reduces the competition from the grass species. 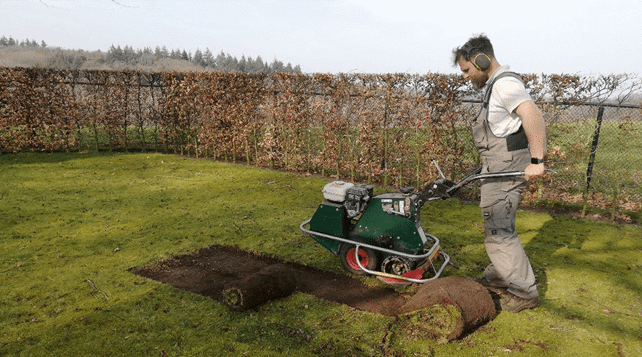 The picture shows Jeroen Storteler, Gardener at Groesbeek, preparing one of the seedbeds.

On the traditional lawn areas we are scarifying and overseeding turf where necessary – removing some of the thatch which builds up and by aerating and spiking the turf and then adding top dressing and grass seed where needed.