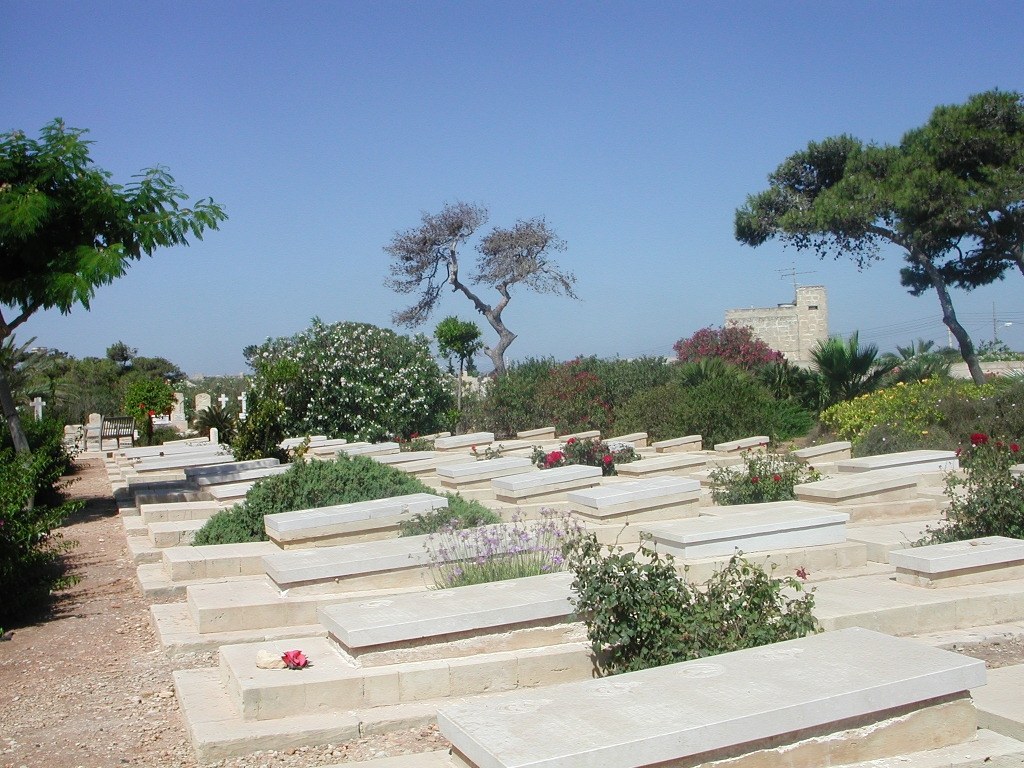 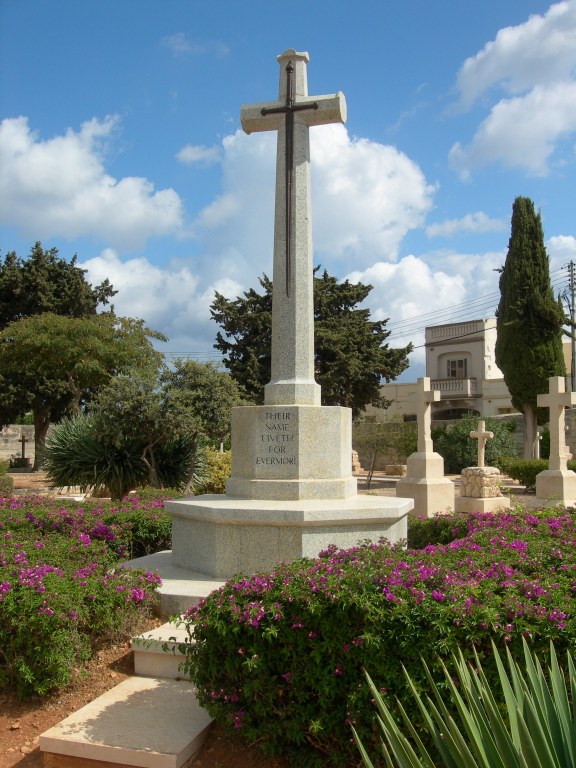 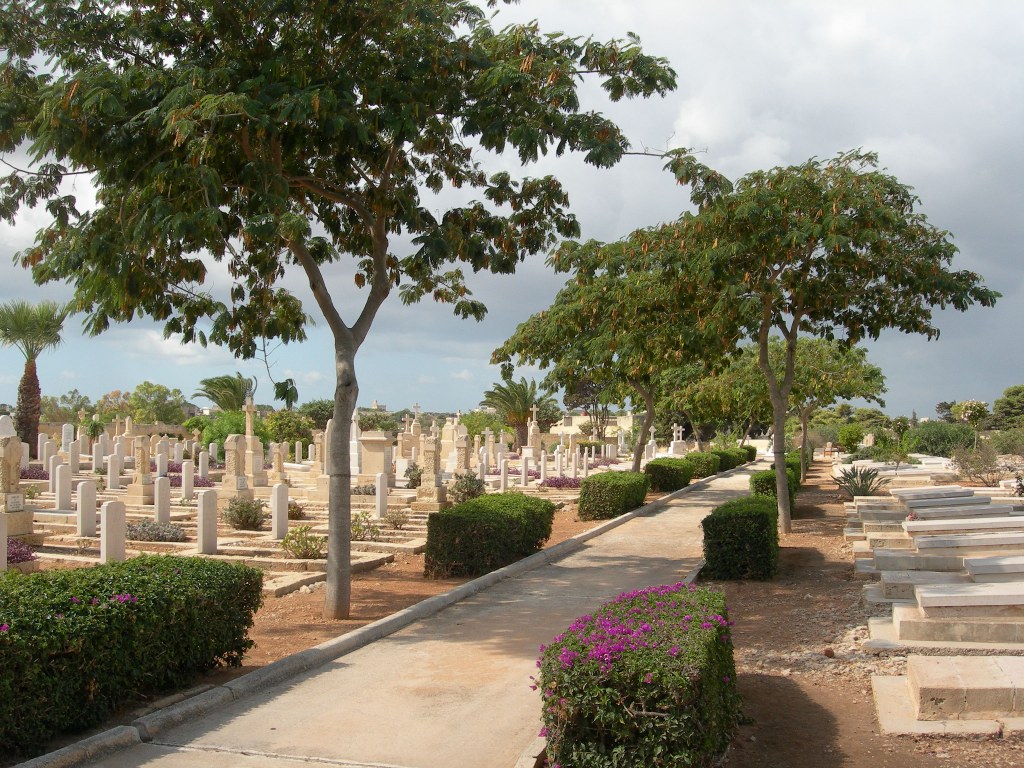 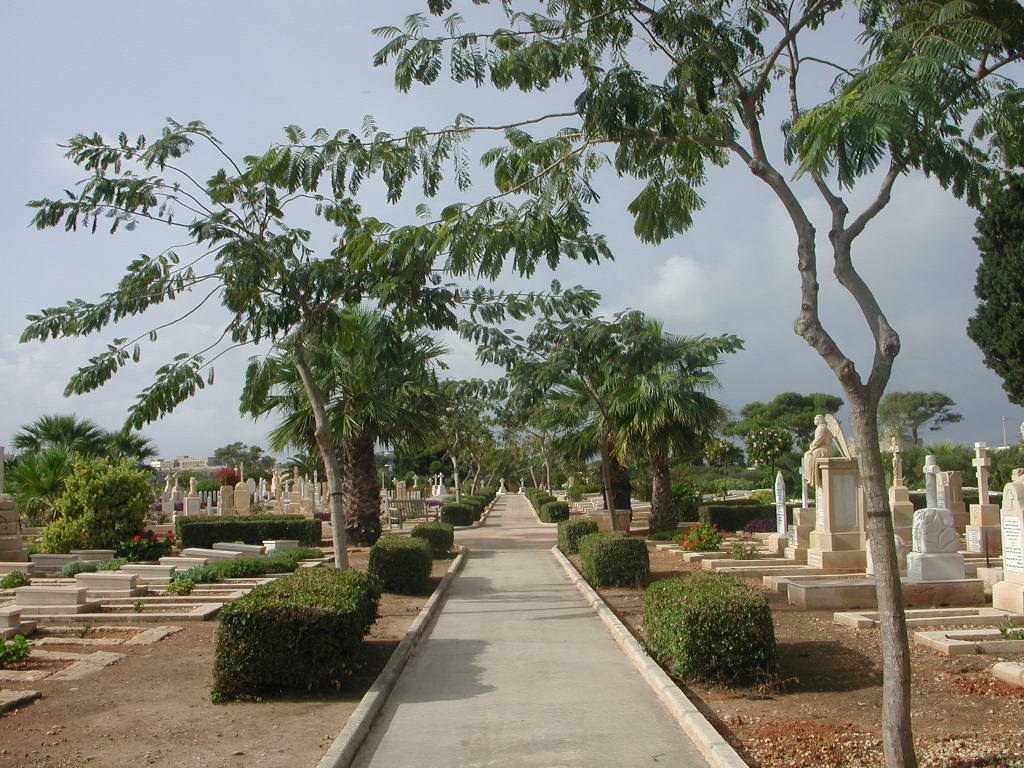 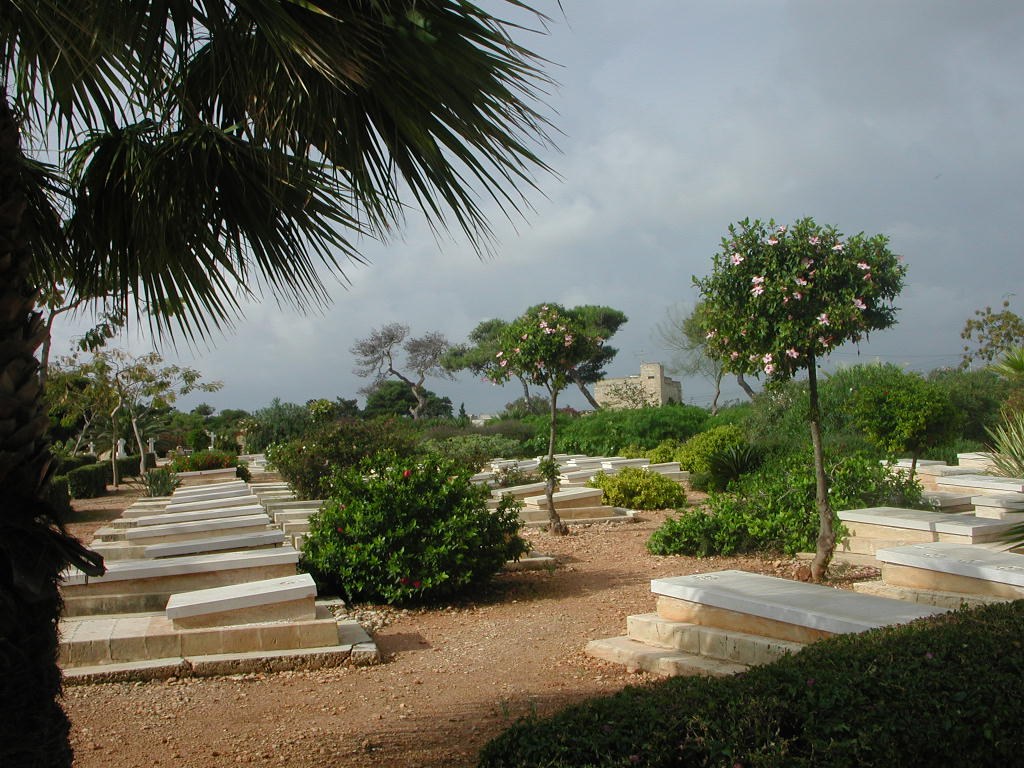 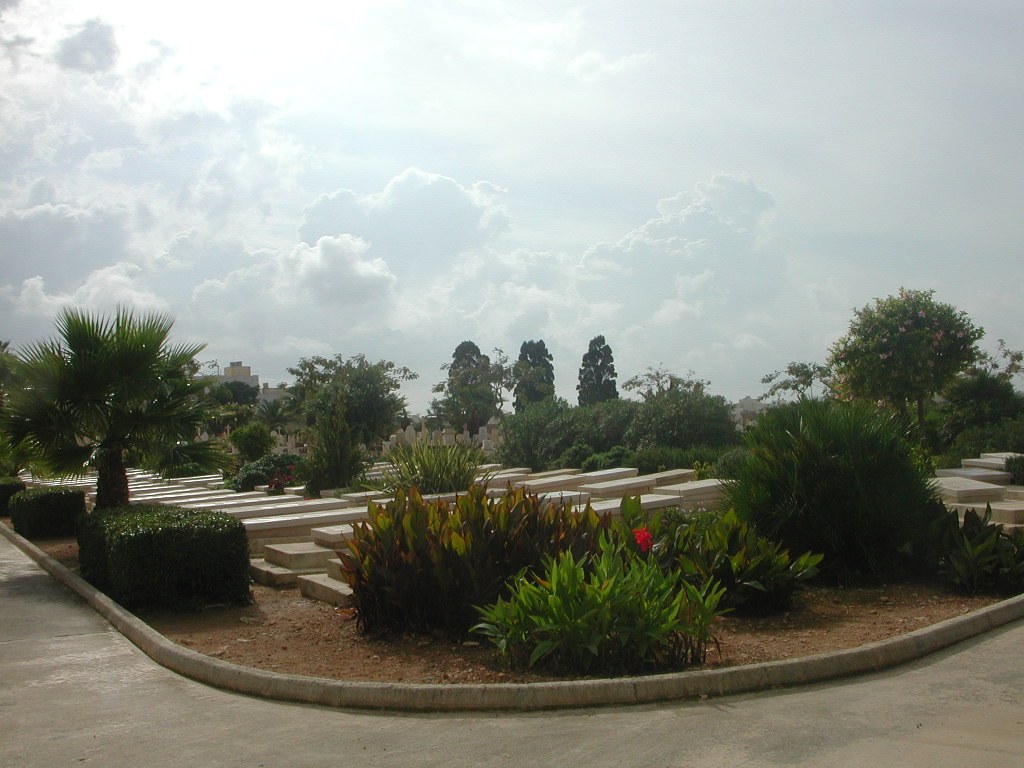 The Cemetery (also known locally as Kalkara Military Cemetery) is about 2 kilometres south-east of Rinella, a bay and hamlet opposite Valletta across the mouth of the Grand Harbour and on the southern outskirts of the village of Kalkara. Just before entering Kalkara on the main bus route, the Cemetery is signposted along the road "Triq Santa Liberta" to the street of "Triq San Leonarda" and "Triq Santa Rokku". The cemetery entrance is at the junction of Triq Santa Rokku and Triq San Leonardu. Please note, it used to be possible to access the site from a lower entrance on Triq Santa Rokku, but this is no longer possible.

This tranquil cemetery is cared for by the Commonwealth War Graves Commission and is the final resting place of over 1,000 casualties from the two World Wars alongside many more civilian memorials. Many of the Commonwealth burials are marked by flat headstones bearing multiple names due to the shallow earth and hard rock found in Malta.

Along the back wall of the cemetery you will see the Japanese Naval Memorial nestled between the trees. During the First World War the Japanese Navy answered the call to support the fight against Germany. You are likely to see many tokens and gifts left here by Japanese tourists who visit to honour their dead.

Also buried here is Ernest Wild, a heroic Royal Navy Seaman who was stranded during Shackleton’s disastrous 1916-1917 Expedition to the Antarctic. Wild survived this terrible ordeal only to return to naval duty and succumb to Typhoid in March 1918.

Malta (Capuccini) Naval Cemetery, which once belonged to the Admiralty, was first used in 1901. It is close to a Capuchin monastery from which it takes its name. The cemetery is divided into two sections, Protestant and Roman Catholic. Most of the 351 Commonwealth burials of the First World War form a triangular plot in the Protestant section, the rest are scattered elsewhere. Among those buried in the cemetery are 44 men from HMS "Egmont", the Depot ship at Malta, and 22 who died when HMS "Russell" was sunk by a mine off Malta in April 1916.

Most of the 694 Commonwealth burials of the Second World War are also in the Protestant section in a plot near the entrance, but there is another group in the Roman Catholic section. The rest are scattered.

The Commission also cares for 1,445 non-war burials in the cemetery, and 137 war graves of other nationalities.