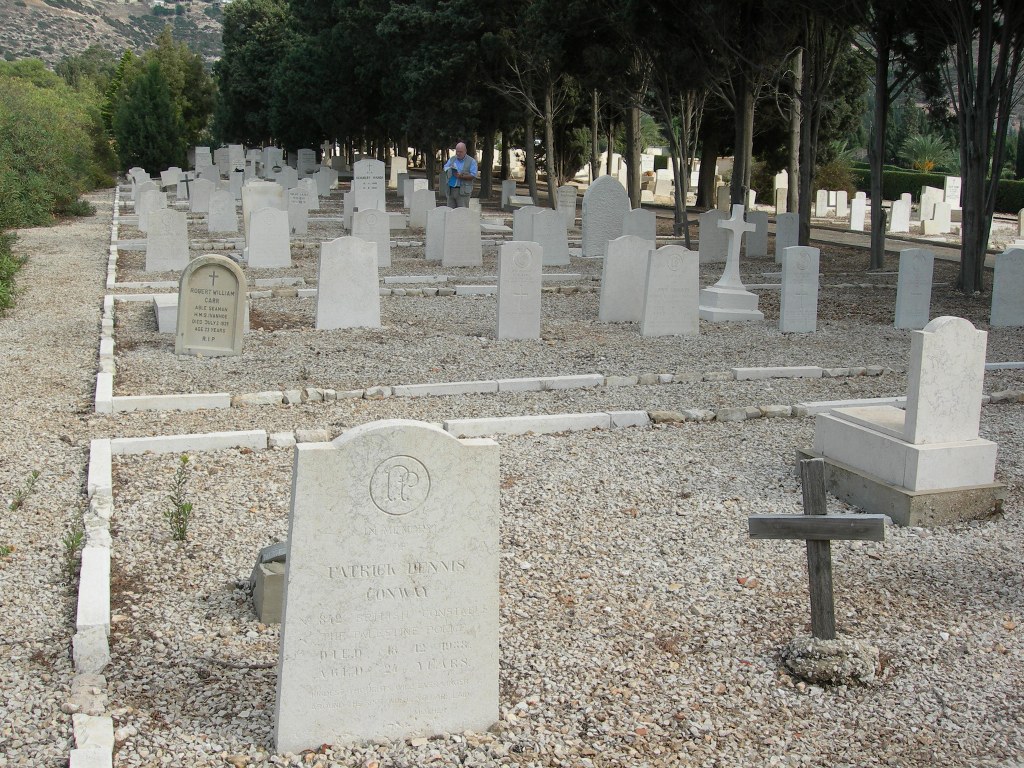 This cemetery runs along the northern side of Khayat Beach War Cemetery. The cemetery lies 5 kilometres south-west of Haifa, on the Tel-Aviv highway. From the main Tel-Aviv highway No. 2, join road No. 4. After 500 metres, the cemetery will be found on the right hand side but is hidden from view behind a wall. The entrance is the second gate along this wall.

Haifa was of great strategic importance during the Second World War because of its deep water harbour and airfield. It was also the terminus of the railway line from Egypt and of the Kirkuk-Haifa oil pipeline. Haifa became one of the main supply bases and arms depots serving the Middle East forces and a large naval depot was established at Haifa Bay. This civil cemetery contains 70 Commonwealth burials of the Second World War. There are also 25 non-war burials, all from the Palestine Police Force, and one Dutch war grave.