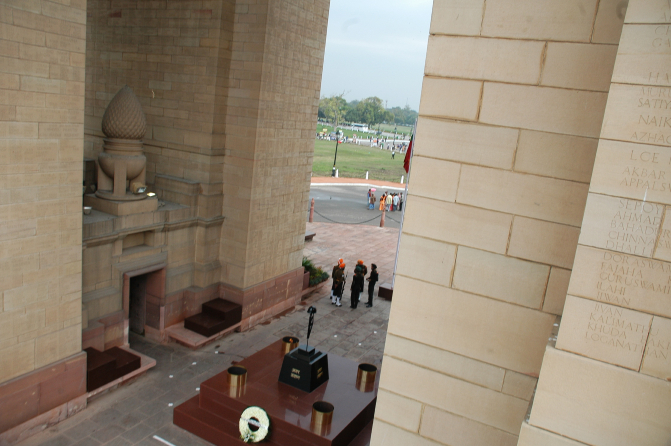 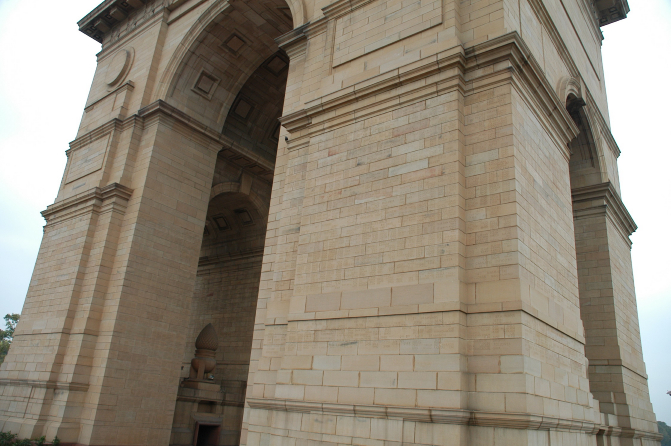 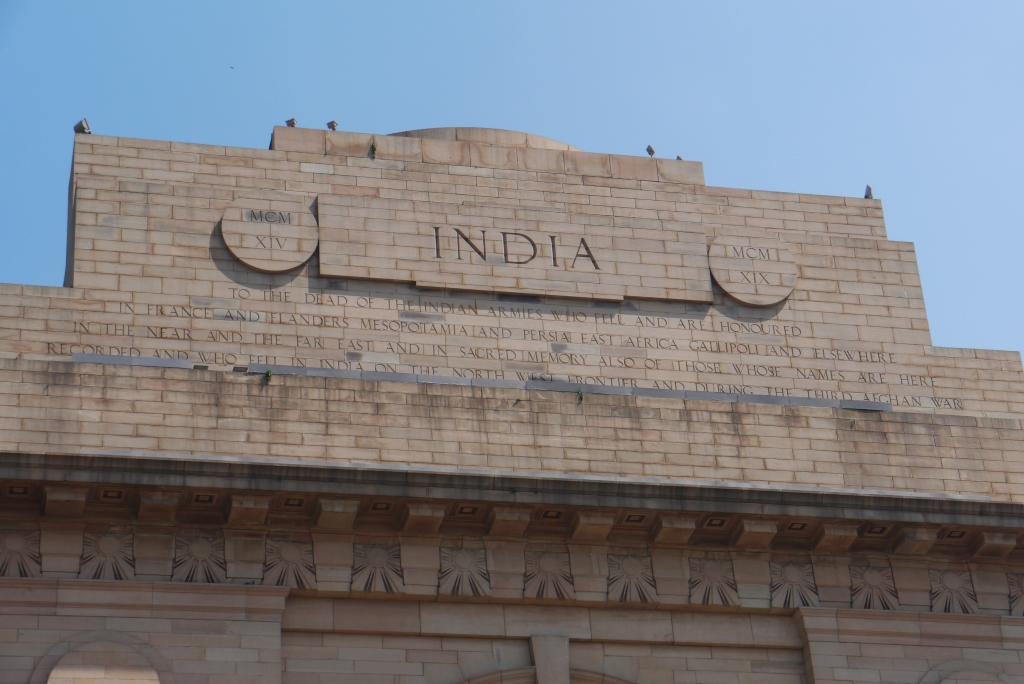 The Delhi Memorial (India Gate) stands at the eastern end of the Rajpath, or Kingsway.