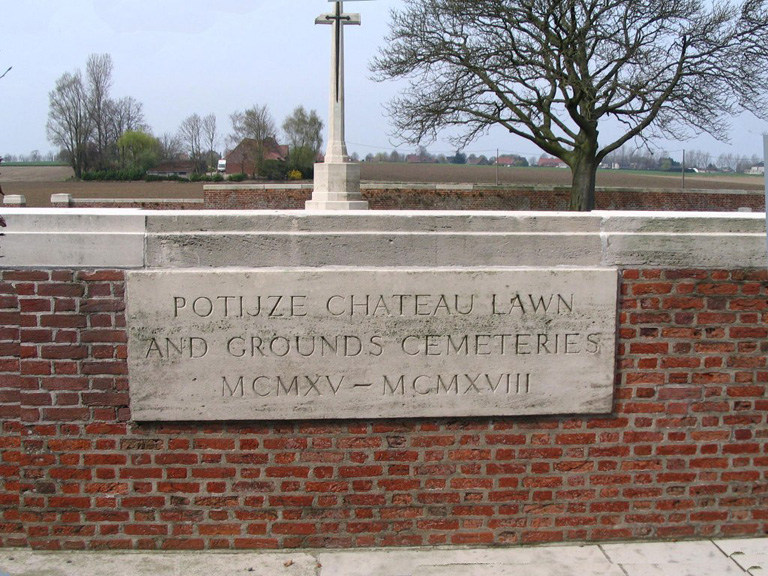 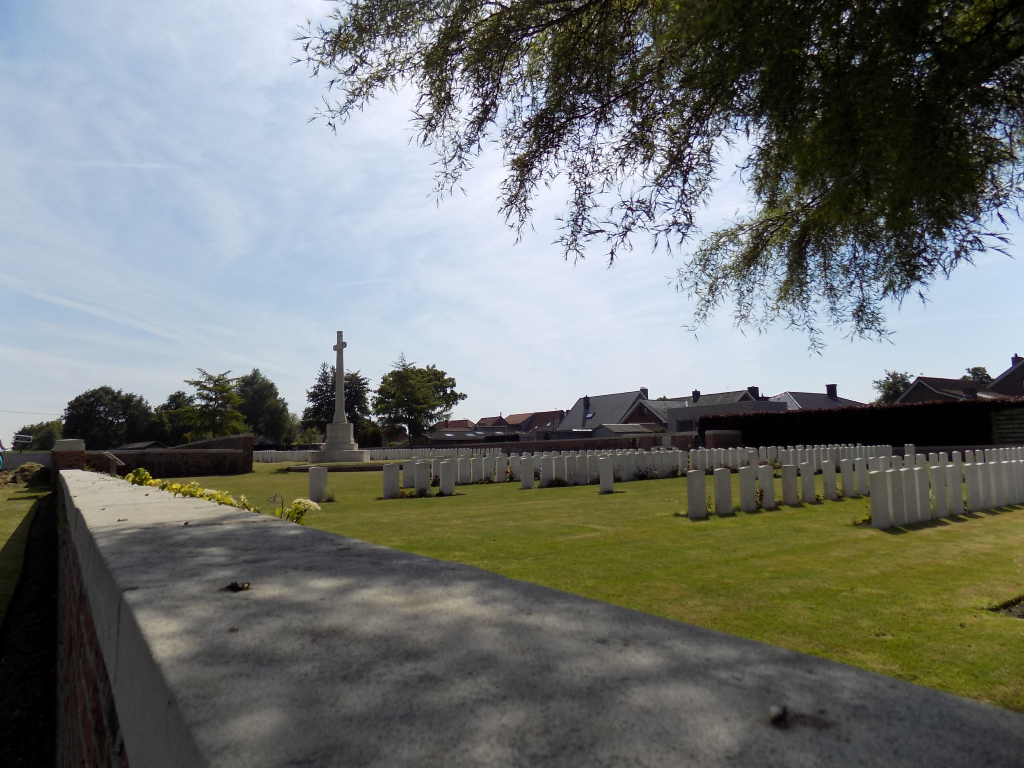 The cemetery is located to the north-east of the town of Ieper. From the station turn left and drive along M.Fochlaan to the roundabout, turn right and go to the next roundabout. Here turn left into M.Haiglaan and drive to the next roundabout. Turn right into Oude Veurnestraat, this then changes into Diksmuidseweg and Brugseweg. Drive along this road and continue straight over the traffic lights to the end of the road. At the T junction turn left (still Brugseweg) and continue along this road (the N313) to the village of Sint Jan. At the crossroads in the village turn right onto the N345 (Potijzestraat), continue along this road to the next crossroads and turn left into Zonnebeekseweg. The cemetery is located on the left hand side by the crossroads.

Chateau Lawn Cemetery was used from May to December 1915 and from July 1917 to October 1918. It contains 226 Commonwealth war graves and 3 German graves.