The shelter building at Kemmel Nr 1 French Cemetery is currently undergoing significant work from 3 May 2021 until 16 July 2021. The building will be restored by use of original techniques and materials, based on the CWGC Heritage Principles and Conservation Philosophy. The cemetery remains open to the public. 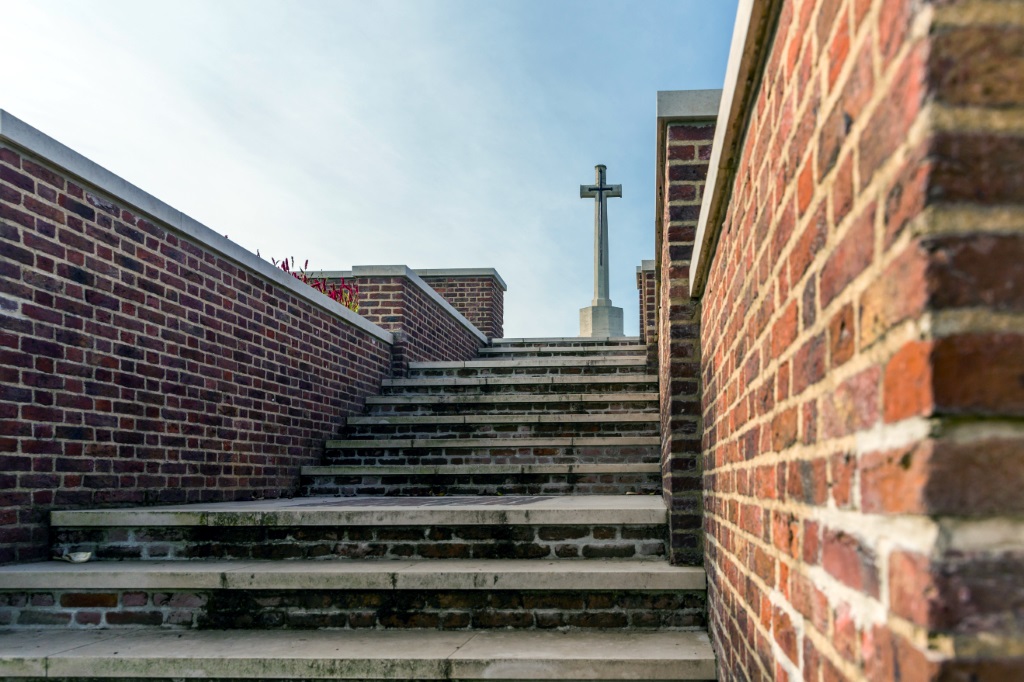 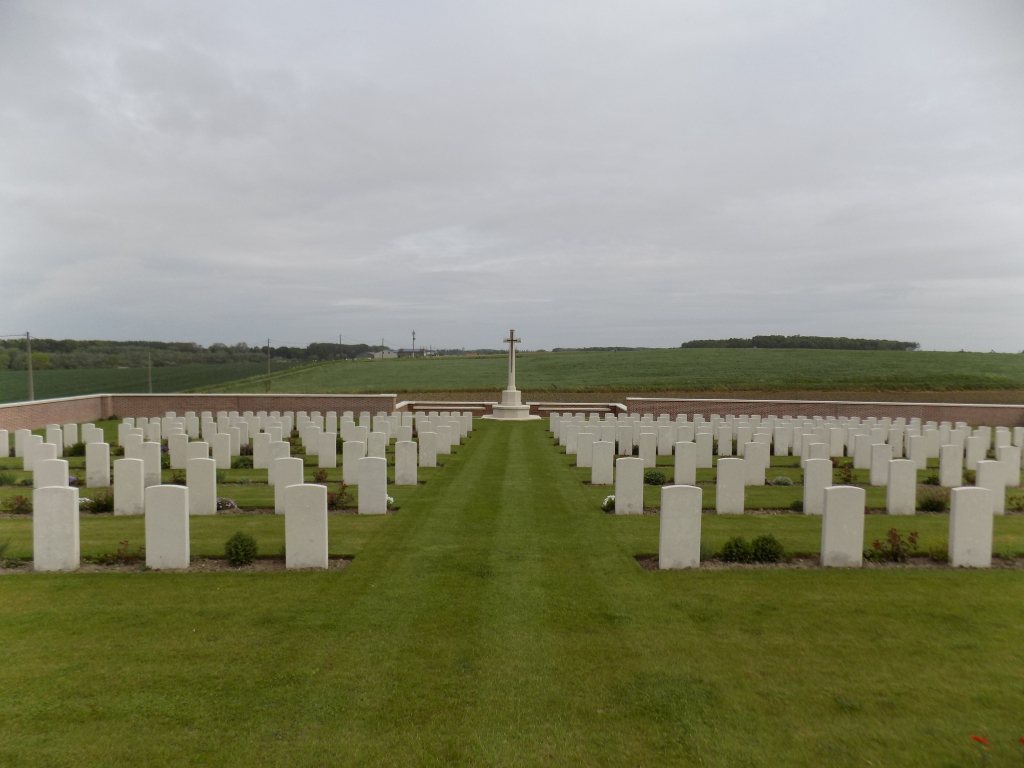 Kemmel No.1 French Cemetery is located 6 Kms south west of Ieper town centre, on the Poperingestraat, a road leading from the Kemmelseweg, joining Ieper to Kemmel (N331). From Ieper town centre the Kemmelseweg is reached via the Rijselsestraat, through the Lille Gate (Rijselpoort), and straight on towards Armentieres (N365). 900 metres after the crossroads is the right hand turning onto the Kemmelseweg. (Made prominent by a railway level crossing). 5 Kms along the Kemmelseweg lies the right hand turning onto the Vierstraat. The cemetery lies 1 Km along the Vierstraat, on the left hand side of the road.

In April 1918, Kemmel was the scene of fierce fighting in which both Commonwealth and French forces were engaged. From 26 April to the end of August, the village was in German hands.

The origin of the cemetery is not known; it was found by the French Graves Services soon after the Armistice and contained Commonwealth, French and German graves. Additional Commonwealth graves were brought into the cemetery from the battlefields of the Ypres Salient and from some other burial grounds in the area (for instance, BECELAERE CHURCHYARD and BEERST GERMAN CEMETERY), as were some German burials found by the Belgian Graves Services. The French graves were removed later to the Kemmel French Ossuary, and to the French cemetery at Potijze.