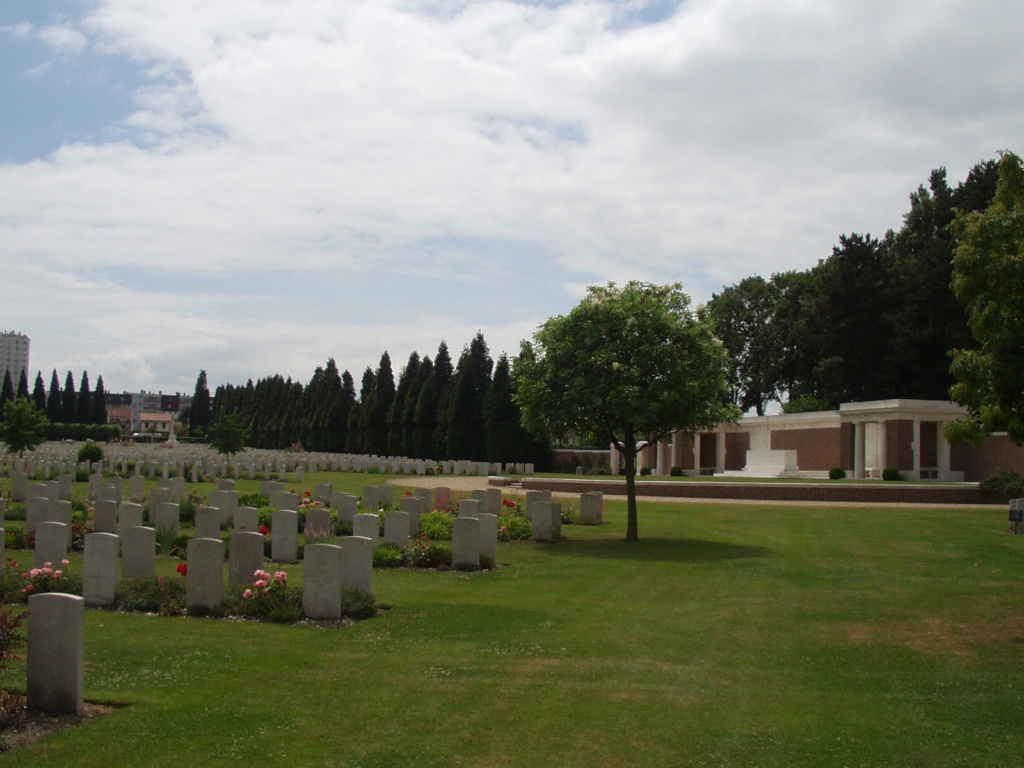 Both St Sever Cemetery and St Sever Cemetery Extension are located within a large communal cemetery situated on the eastern edge of the southern Rouen suburbs of Le Grand Quevilly and Le Petit Quevilly. Directions: As you near Rouen from the north, the A28 becomes the N28; stay on the dual carriageway and follow signs for N28 Rouen Centre. After exiting a tunnel follow directions to Le Mans and Elbeuf. After the road crosses a bridge, follow the sign for Sotteville St Sever. Continue straight on until you reach the 'Rond Point des Bruyeres' roundabout, next to the football stadium. Take the first exit into the Boulevard Stanislas Girardin. If approaching Rouen from the south, follow the D938 (Avenue des Canadiens) towards the centre of town. At the 'Rond Point des Bruyeres' roundabout, next to the football stadium, turn onto the Boulevard Stanislas Girardin. The cemetery parking and entrance is 180 metres down this road on the left. If arriving on foot, the easiest option is to take the Metro to the stop Charles De Gaulle in the Petit-Quevilly area and then walk east along the Boulevard Stanislas Girandin.

Almost all of the hospitals at Rouen remained there for practically the whole of the war. They included eight general, five stationary, one British Red Cross, one labour hospital, and No. 2 Convalescent Depot. A number of the dead from these hospitals were buried in other cemeteries, but the great majority were taken to the city cemetery of St. Sever. In September 1916, it was found necessary to begin an extension.

The Cemetery and the Extension adjoin each other but have separate Registers.

The Commonwealth plots were designed by Sir Reginald Blomfield.