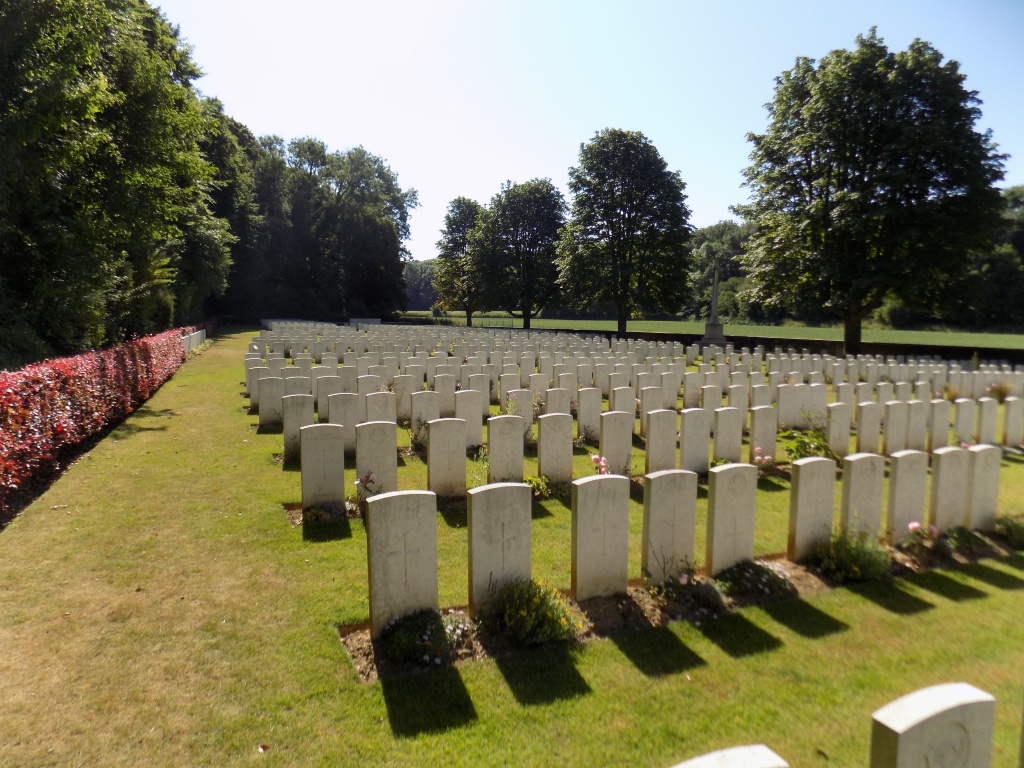 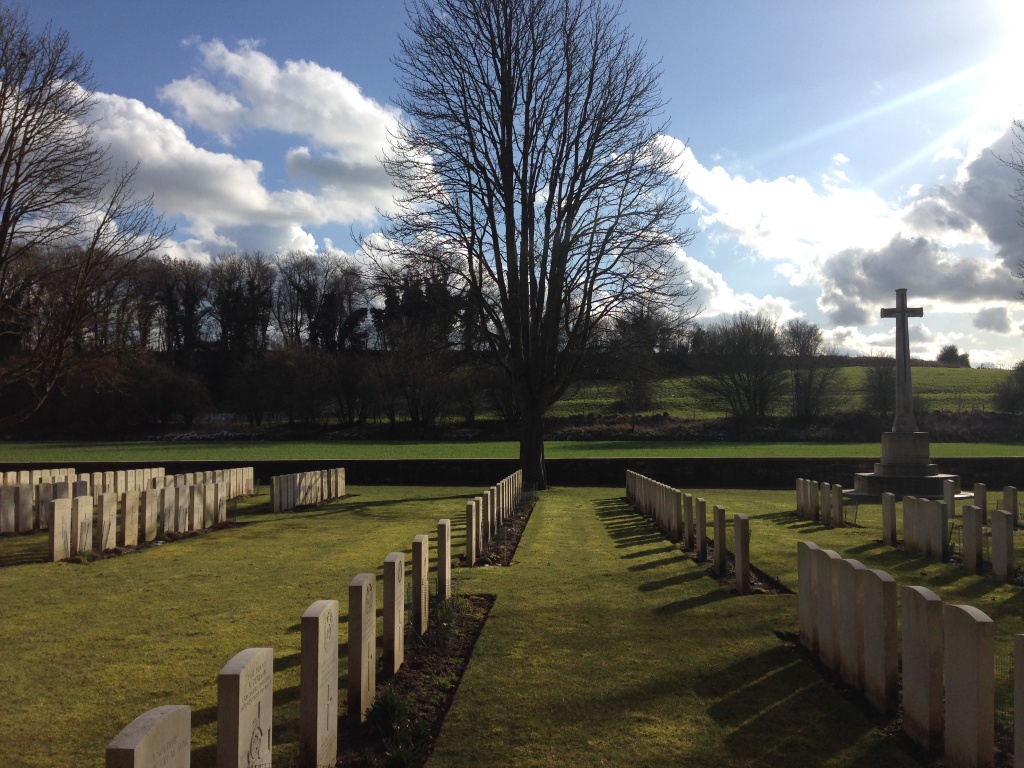 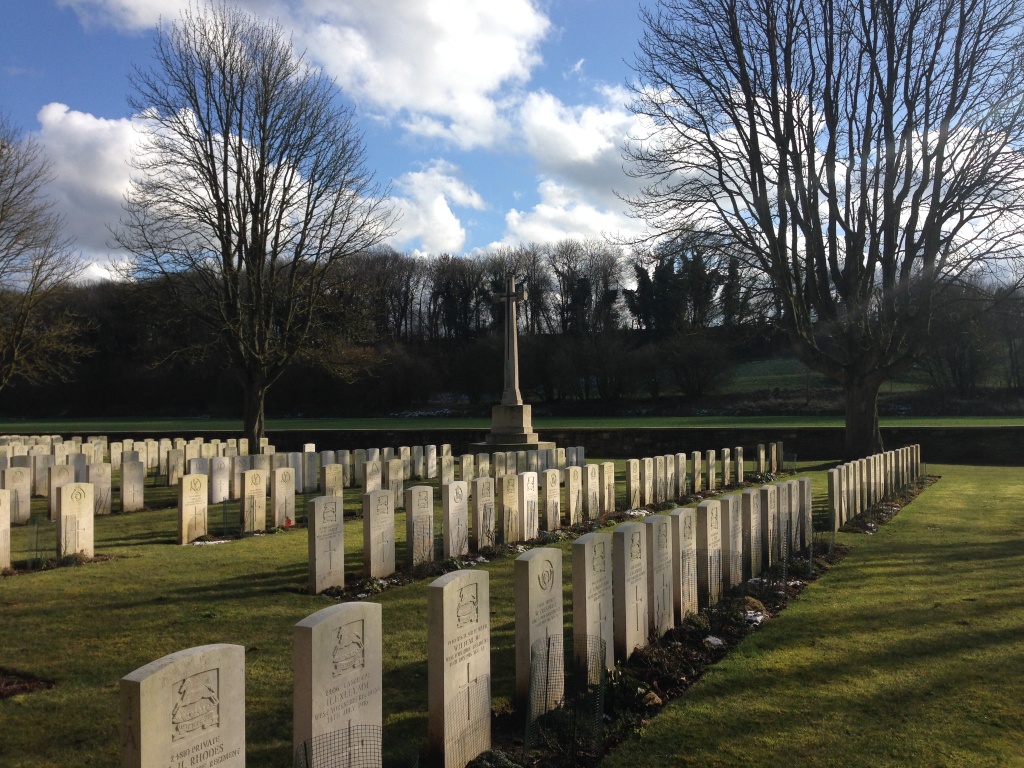 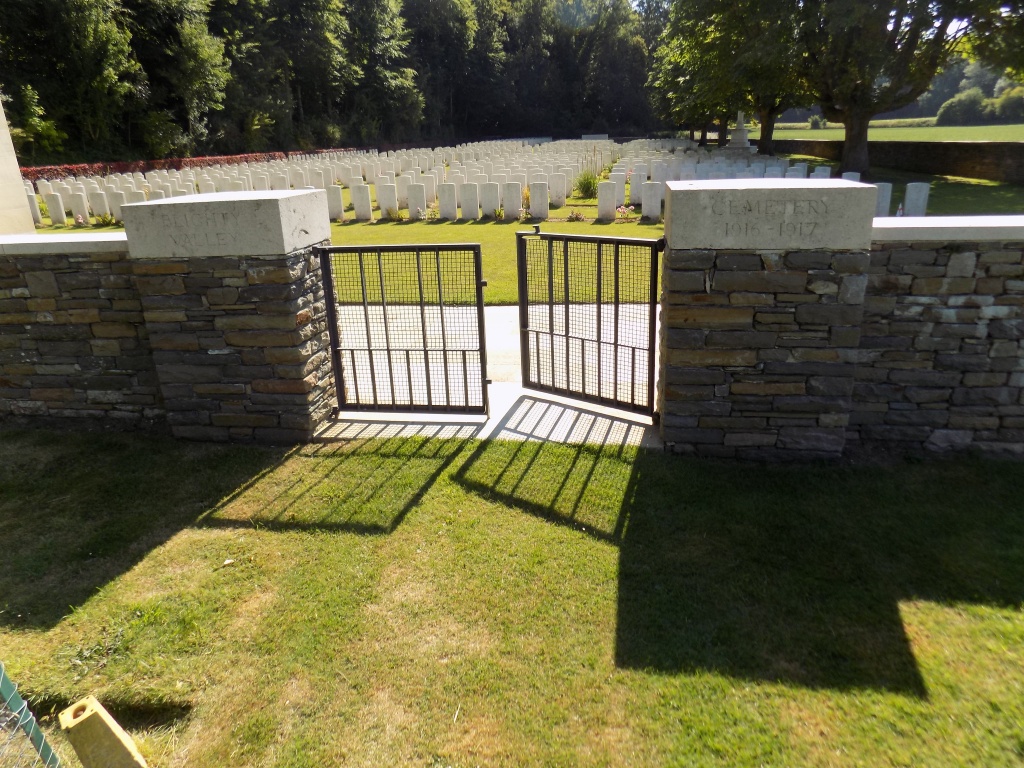 Authuile (now Authuille) and Aveluy are villages 4 kilometres north-east of the town of Albert. The Cemetery is situated in a valley half way between these two villages on the D151 (Cemetery is signposted on exit of Aveluy direction Authuille). The Cemetery is on the eastern side of the road D151 and access is 500 metres by grass pathway (unfit for cars).

Blighty Valley was the name given by the Army to the lower part of the deep valley running down South-Westward through Authuile Wood to join the river between Authuile and Aveluy; a railway was carried along it soon after July, 1916, and it was for some time an important (though inevitably a dangerous) route. The upper part of the valley was called Nab Valley. Blighty Valley Cemetery is almost at the mouth of the valley, a little way up its northern bank. It is partly in either commune.

Blighty Valley Cemetery was begun early in July 1916, at the beginning of the Battle of the Somme, and used until the following November. At the Armistice it contained 212 graves, but was then greatly enlarged when 784 graves were brought in from the battlefields and small cemeteries to the east. Most of these concentrated graves were of men who died on 1 July 1916.

The only important graveyard concentrated into Blighty Valley Cemetery was-

QUARRY POST CEMETERY, AUTHUILE WOOD, which was on the South-Eastern edge of the Wood, in the commune of Ovillers-La Boisselle. It was used from July 1916 to February 1917, chiefly by units of the 12th (Eastern) Division, and it contained the graves of 50 soldiers from the United Kingdom.

The cemetery now contains 1,027 burials and commemorations of the First World War. 536 of the burials are unidentified but there are special memorials to 24 casualties known or believed to be buried among them, and to five others buried by the Germans in Becourt German Cemetery in the spring of 1918, whose graves could not be found on concentration.