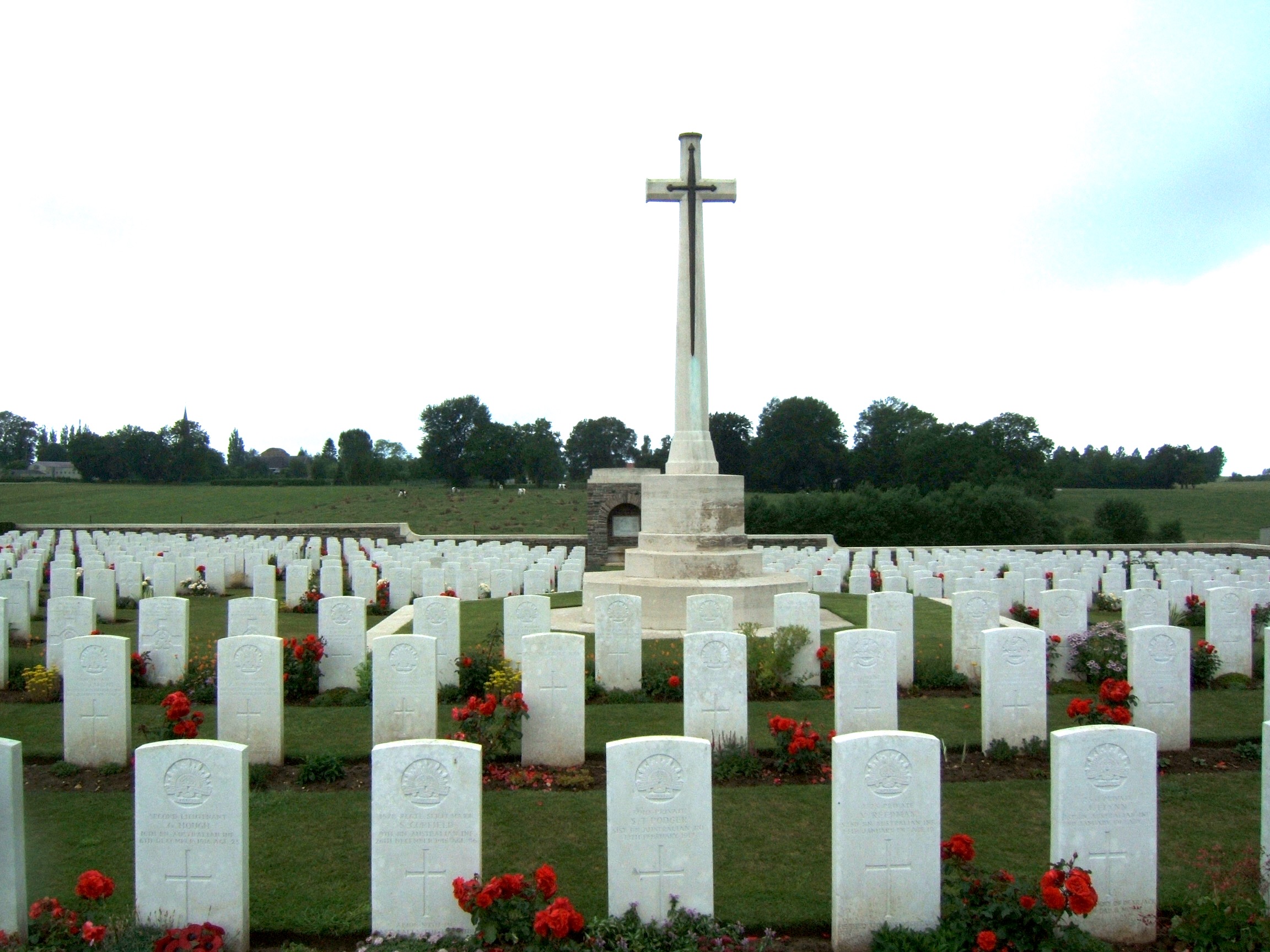 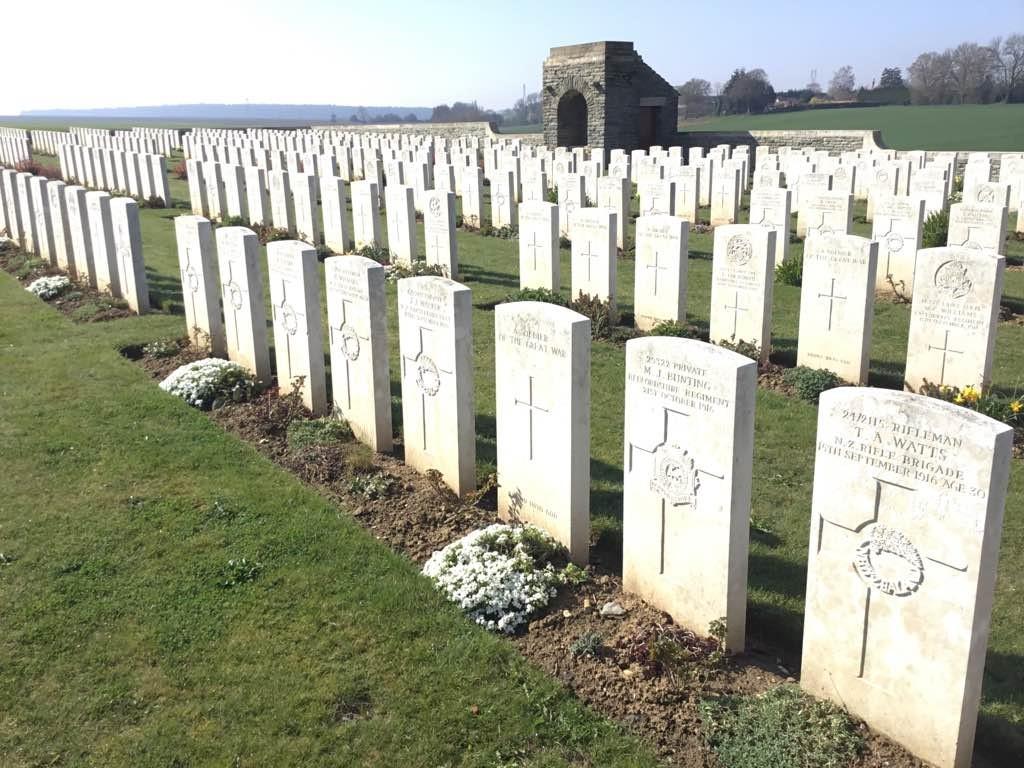 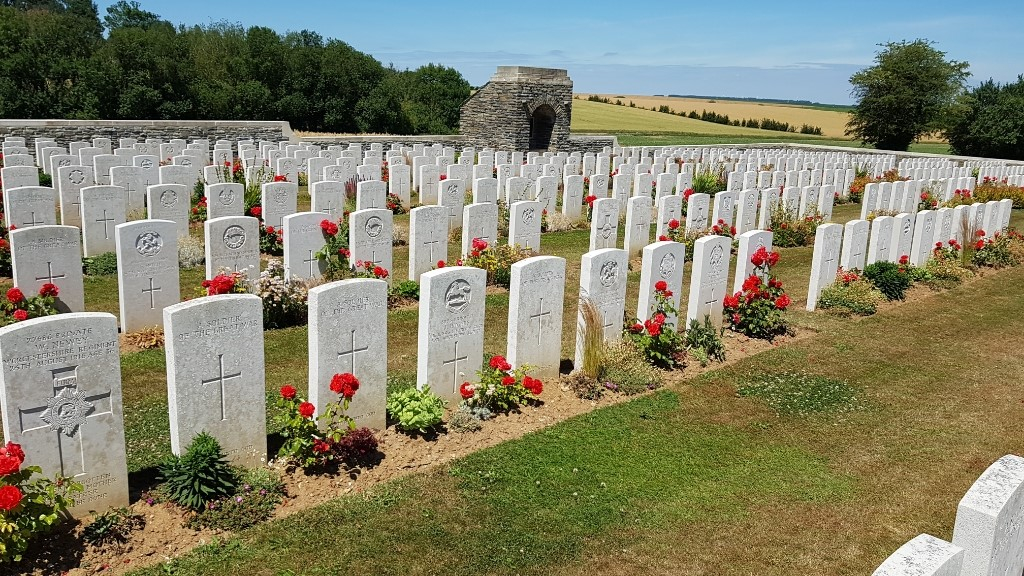 Flers is a village in the Department of the Somme, about 8 kilometres north-east of Albert. From the D929, direction Bapaume-Albert, leave Bapaume and after 1.3 kilometres follow the signs for Ligny Thilloy. Continue through the village until you give way to the D10, then turn right and follow signs for Flers. 200 metres into the village of Flers is a sign for Bulls Road Cemetery. Follow the winding route off to the left for 500 metres and the cemetery is on the right hand side, 20 metres off the road.

Flers was captured on 15 September 1916 in the Battle of Flers-Courcelette, when it was entered by the New Zealand and 41st Divisions behind tanks, the innovative new weapons that were used here for the first time. The village was lost during the German advance of March 1918 and retaken at the end of the following August by the 10th West Yorks and the 6th Dorsets of the 17th Division. The cemetery was begun on 19 September 1916 and was used by fighting units (mainly Australian) until March 1917. The 154 burials made during these months now form Plot I. Plot II, Row A, Graves 1-17 were added in September 1918 by the 17th Division burial officers. The rest of the cemetery consists of graves (mainly of September 1916, or August 1918) brought in after the Armistice from the fields between Flers and Longueval. There are now 776 Commonwealth servicemen of the First World War buried or commemorated in this cemetery. 296 of the burials are unidentified but there are special memorials to 15 casualties known or believed to be buried among them. The cemetery was designed by Sir Herbert Baker.