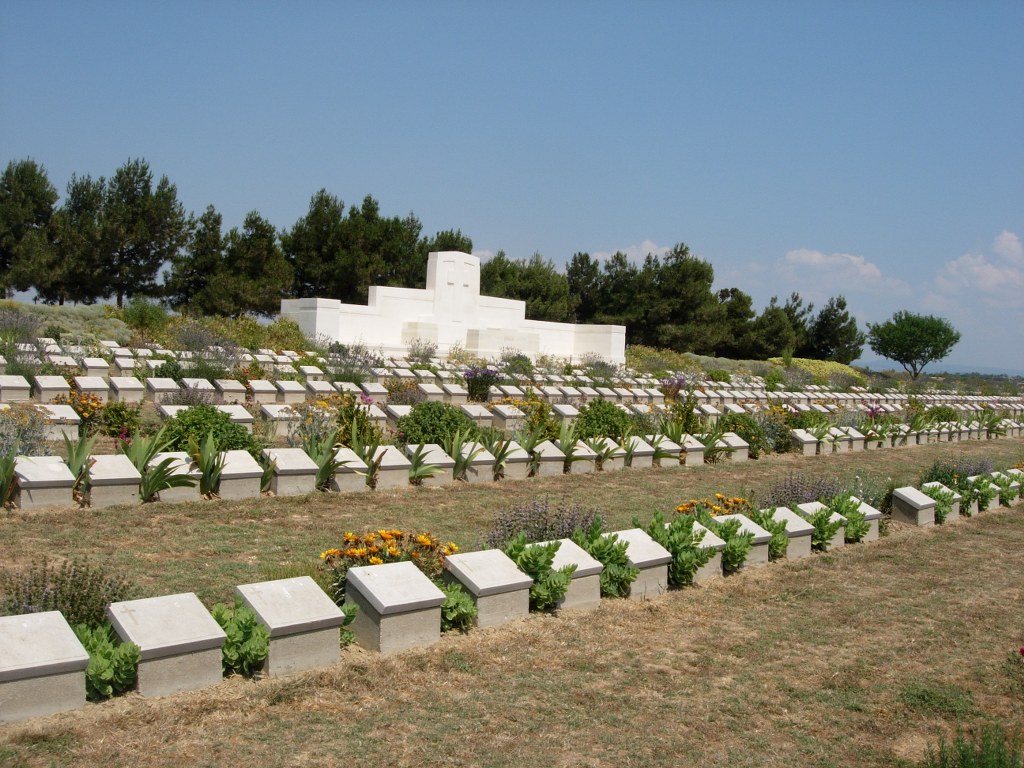 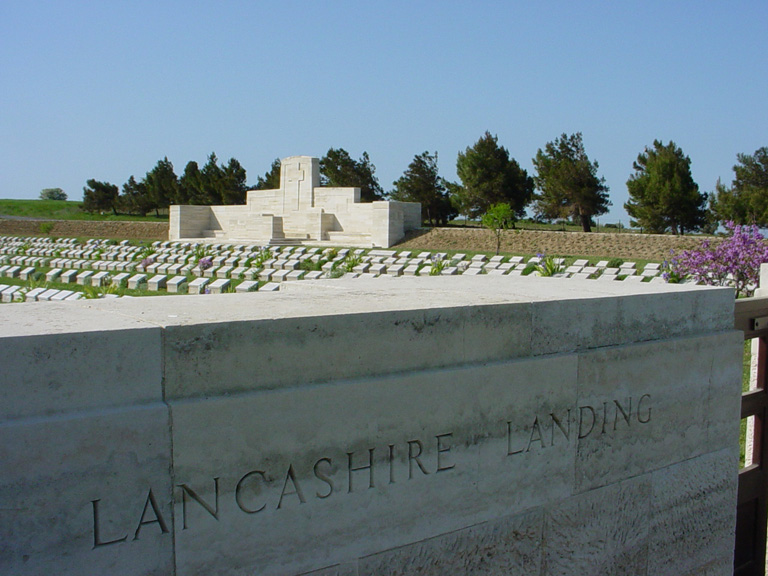 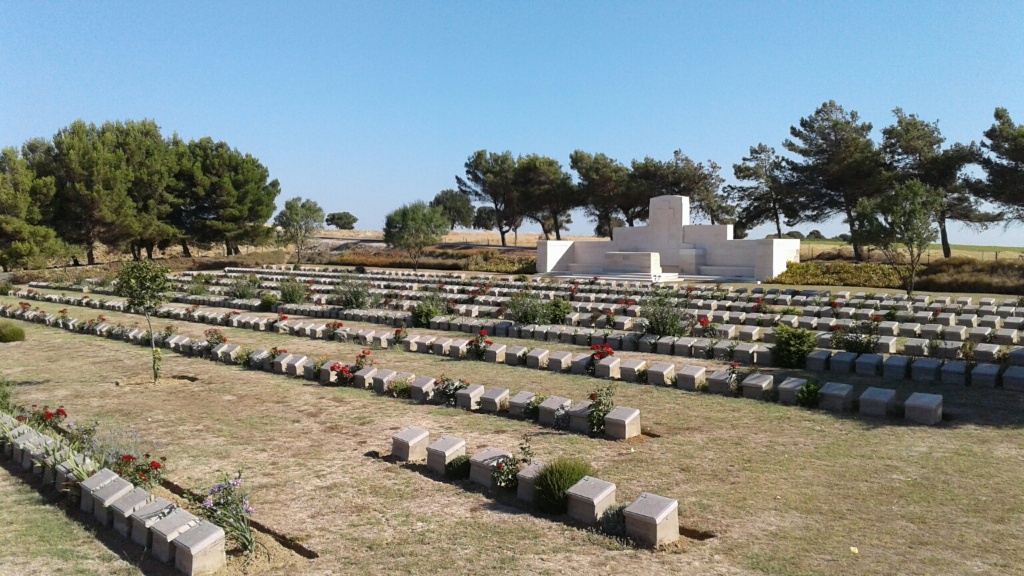 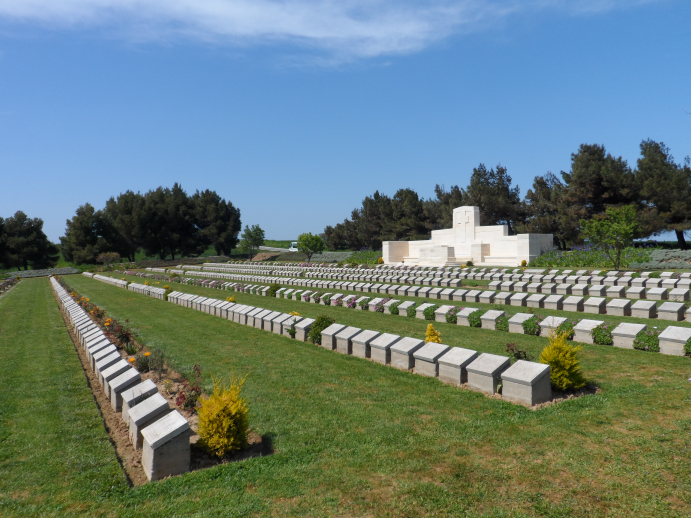 Follow the road to Helles opposite the Kabatepe Museum. At 14.2kms take a right turn at the 'T' junction and at 14.3 kms. take the left fork. After a total of 21.6 kms. you will find the cemetery on your right.

The eight month campaign in Gallipoli was fought by Commonwealth and French forces in an attempt to force Turkey out of the war, to relieve the deadlock of the Western Front in France and Belgium, and to open a supply route to Russia through the Dardanelles and the Black Sea. The Allies landed on the peninsula on 25-26 April 1915; the 29th Division at Cape Helles in the south and the Australian and New Zealand Corps north of Gaba Tepe on the west coast, an area soon known as Anzac. At Helles, the 29th Division landed troops at 'S,' 'V,' 'W,' 'X' and 'Y' Beaches, five small coves at or near the southern end of the peninsula. The landing at 'Y' Beach (Gurkha Bluffs) was carried out by the 1st King's Own Scottish Borderers and the Plymouth Battalion of the Royal Naval Division, but these troops were forced to re-embark on the following day. The 2nd Royal Fusiliers landed at 'X' Beach, followed by the rest of the 87th Brigade. Under very severe fire, the 1st Lancashire Fusiliers landed on 'W' Beach and cut their way through wire entanglements and trenches to the edge of the cliff. They and the other battalions of the 88th Brigade established themselves on the hills of Tekke Burnu and Helles Burnu. The beach became known as Lancashire Landing. The greater part of the cemetery (Rows A to J and part of Row L) was made between the landing in April 1915 and the evacuation of the peninsula in January 1916. Row I contains the graves of over 80 men of the 1st Lancashire Fusiliers who died in the first two days following the landing. The 97 graves in Row K and graves 31 to 83 in Row L were brought in after the Armistice from the following Aegean islands cemeteries:- KEPHALOS BRITISH CEMETERY, on the island of Imbros (Imbroz), was 640 metres inland from Kephalos Pier. There were buried in it 84 British, Australian and New Zealand sailors and soldiers, three Greeks, and one German prisoner. KUSU BAY CEMETERY, on the island of Imbros (Imbroz), contained the graves of 45 officers and men (14 of them unidentified) of the monitors Raglan and M28, which were sunk by the German battle cruiser Goeben and cruiser Breslau as they attempted to break out into the Mediterranean from the Black Sea on 20 January 1918 (both the Breslau and the Goeben later struck mines, off Cape Kephalos, which resulted in the Breslau sinking and the Goeben being grounded of Chanak). PANAGHIA CHURCHYARD, on the island of Imbros (Imbroz), contained the graves of one officer and five men from the monitors and four airmen of the 62nd Wing, Royal Air Force. PARASKEVI CEMETERY, near the South-West shore of the island of Tenedos (Bozcaada), contained the graves of four sailors, one soldier and one marine. There are now 1,237 Commonwealth servicemen of the First World War buried or commemorated in this cemetery. 135 of the burials are unidentified but special memorials commemorate ten casualties who are known to be buried among them. The cemetery also contains 17 Greek war graves.