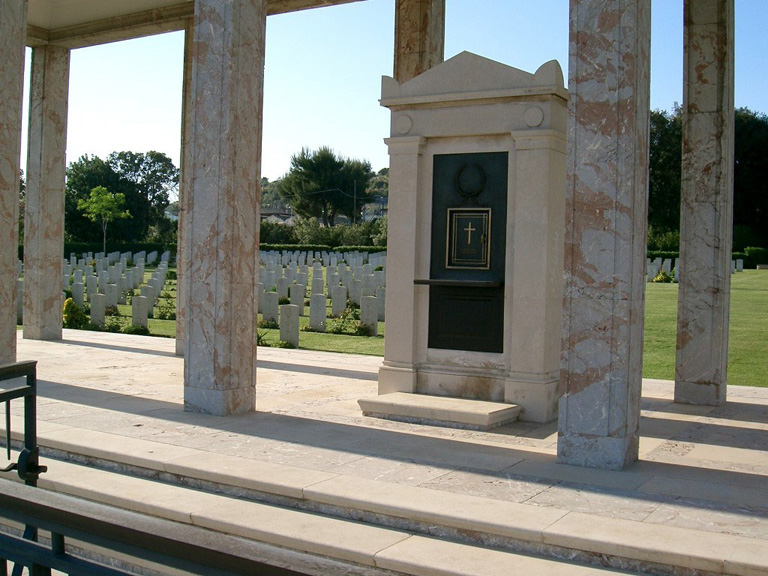 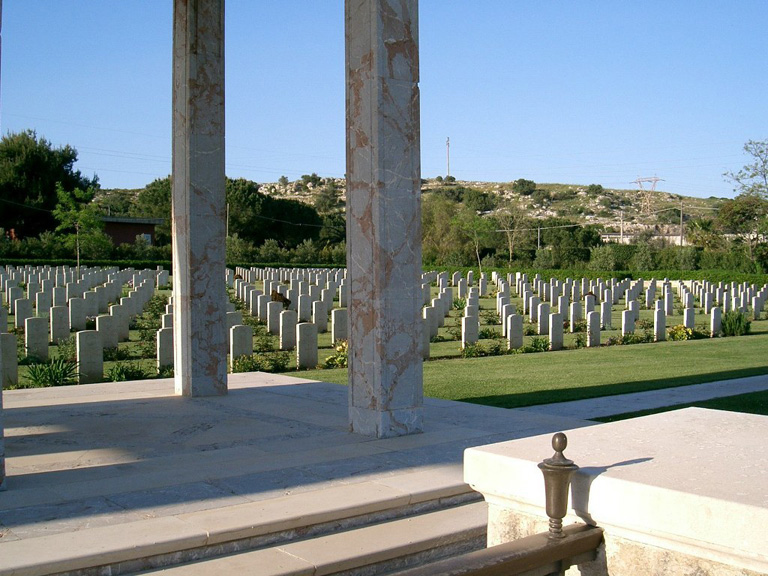 On 10 July 1943, following the successful conclusion of the north African campaign in mid May, a combined allied force of 160,000 Commonwealth and American troops invaded Sicily as a prelude to the assault on mainland Italy. The Italians, who would shortly make peace with the Allies and re-enter the war on their side, offered little determined resistance but German opposition was vigorous and stubborn. The campaign in Sicily came to an end on 17 August when the two allied forces came together at Messina, but failed to cut off the retreating Axis lines. Commonwealth forces made their landings in the south-east corner of the island between Pachina and Syracuse, and the majority of those buried in Syracuse War Cemetery died during those landings or in the early stages of the campaign. Many graves belong to men of the airborne force that attempted landings west of the town on the night of 9-10 July, when gale force winds forced 60 of the 140 gliders used into the sea and blew others wide of their objectives. Syracuse War Cemetery contains 1,059 Commonwealth burials of the Second World War, 134 of them unidentified. There is also one First World war burial, that of a merchant seaman whose grave was brought to the cemetery from Marsala British Cemetery.