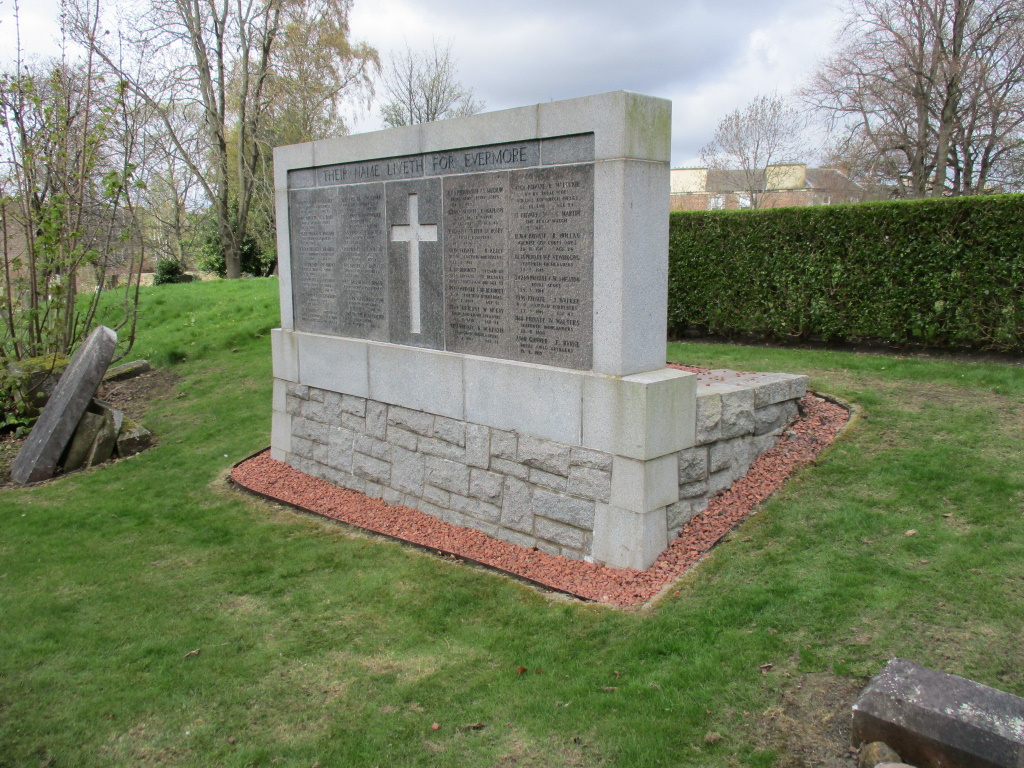 Edinburgh (North Merchiston) Cemetery contains 121 First World War burials, some of which form a small plot in Section K marked by a screen wall. There are also 15 burials of the Second World War.