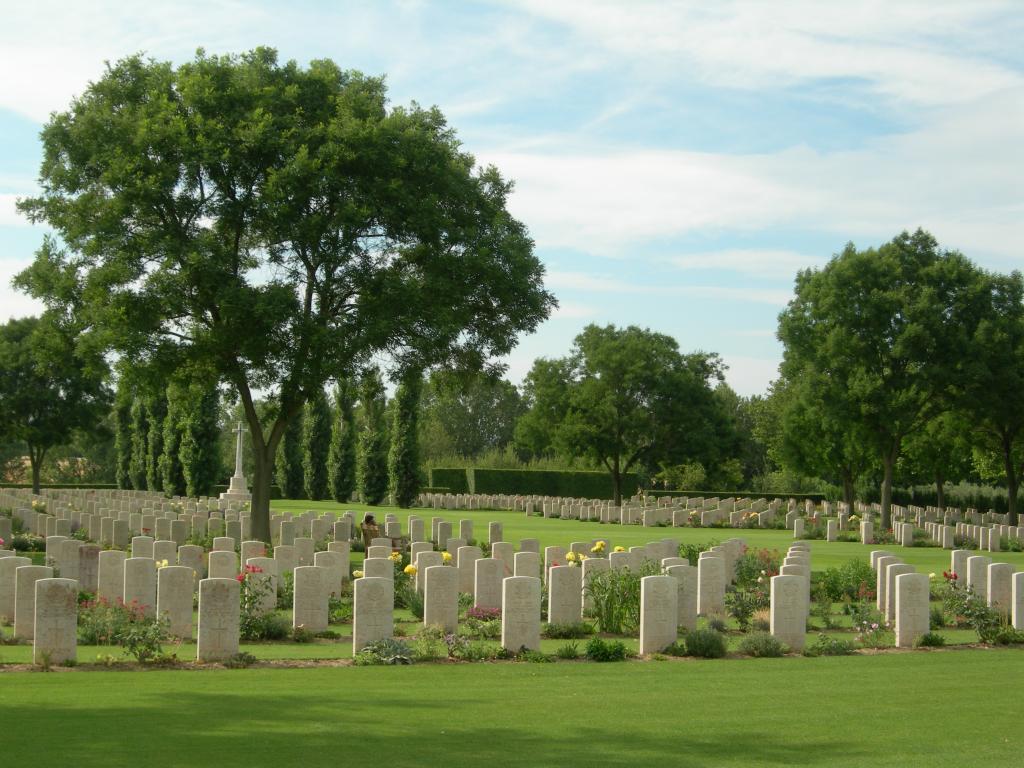 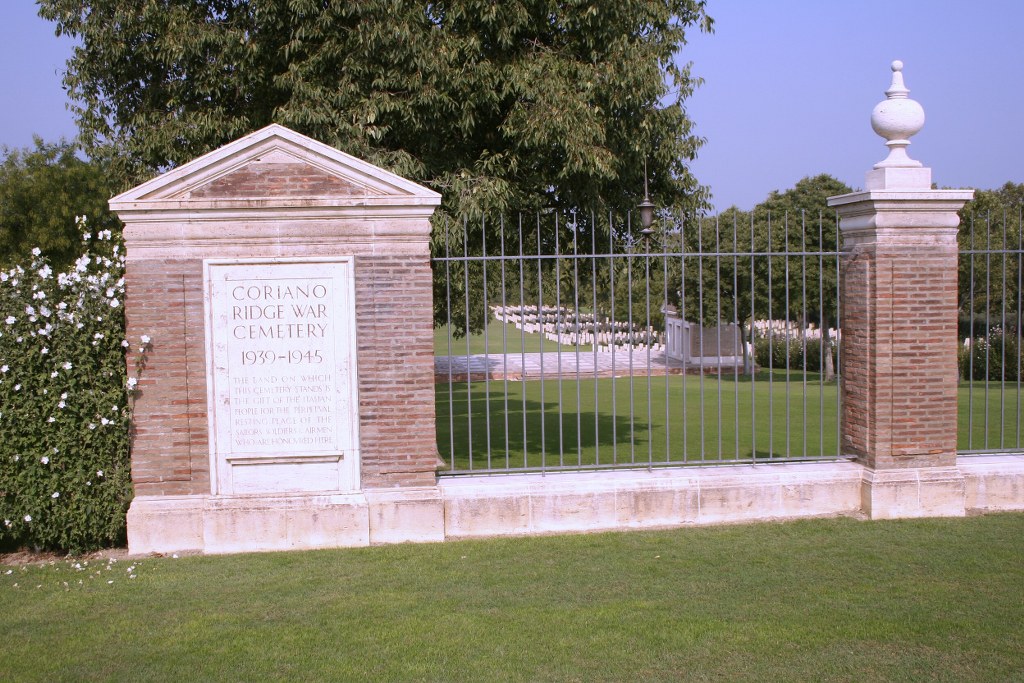 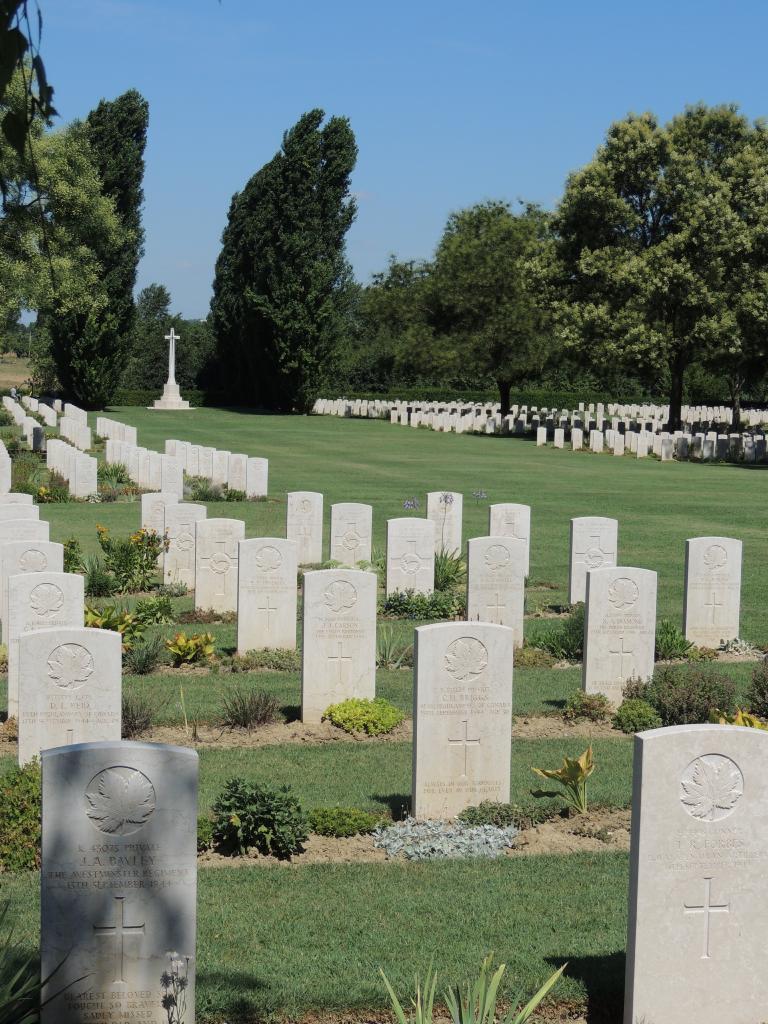 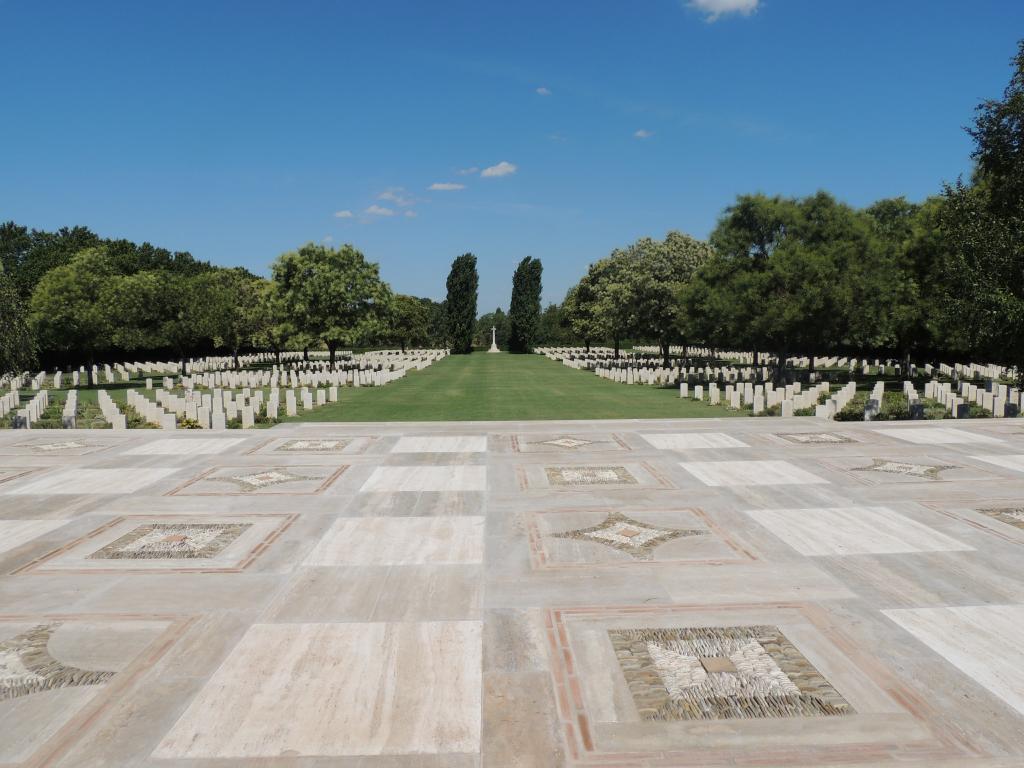 Coriano Ridge War Cemetery is 3.5 kilometres west of Riccione, a seaside resort on the Adriatic coast, and is reached by turning west off the main Rimini/Riccione road, the SS 16, about 1 kilometre north-west of Riccione. At this turning there is a sign leading to the cemetery. Follow it in the direction of Coriano until a T junction is reached, then turn left and after a short distance the cemetery will be found on the right-hand side. Cemetery address: Via Piane, 4 - 47853 Coriano (RN) Emilia Romagna. GPS Co-ordinates: Latitude: 43.98485, Longitude: 12.604041.

Following the fall of Rome to the Allies in June 1944, the German retreat became ordered and successive stands were made on a series of defensive lines. In the northern Apennine mountains the last of these, the Gothic Line, was breached by the Allies during the Autumn campaign and the front inched forward as far as Ravenna in the Adriatic sector, but with divisions transferred to support the new offensive in France, and the Germans dug in to a number of key defensive positions, the advance stalled as winter set in.

Coriano Ridge was the last important ridge in the way of the Allied advance in the Adriatic sector in the autumn of 1944. Its capture was the key to Rimini and eventually to the River Po. German parachute and panzer troops, aided by bad weather, resisted all attacks on their positions between 4 and 12 September 1944. On the night of 12 September the Eighth Army reopened its attack on the Ridge, with the 1st British and 5th Canadian Armoured Divisions. This attack was successful in taking the Ridge, but marked the beginning of a week of the heaviest fighting experienced since Cassino in May, with daily losses for the Eighth Army of some 150 killed.

The site for the cemetery was selected in April 1945 and was created from graves brought in from the surrounding battlefields.