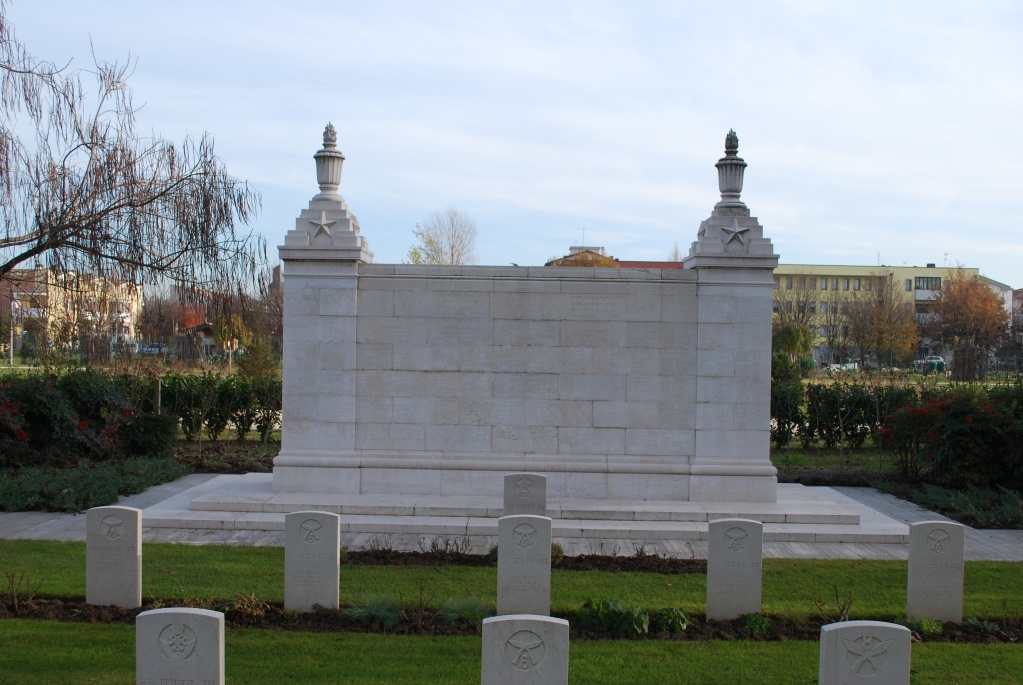 This Cremation Memorial is situated in Forli Indian War Cemetery which lies in the Commune and Province of Forli. Take the Highway A14, Bologna to Taranto, and come off at Forli. Follow the road into the town of Forli and the Indian War Cemetery can be found on the left hand side, opposite the Communal Cemetery.

The site of this cemetery was selected in December 1944 by the 10th Indian Division, which had come into the line in the Adriatic sector south of Cesena at the beginning of October 1944. The division had played an important part in the heavy fighting, in appalling weather, between then and the end of the year, suffering considerable casualties. It had been preceded on the Eighth Army front by the 4th Indian Division which had left to go to Greece, and during the fighting in the spring of 1945, the 8th Indian Division also fought on this front.

Within the cemetery, is the FORLI CREMATION MEMORIAL commemorating nearly 800 Hindu and Sikh officers and men of the Indian Army. This is one of three specific cremation memorials in Italy, the others being in Sangro River War Cemetery and in Rimini Gurkha War Cemetery.