Before considering a visit to Libya the Commission strongly recommends that you check the advice given by the Foreign & Commonwealth Office. 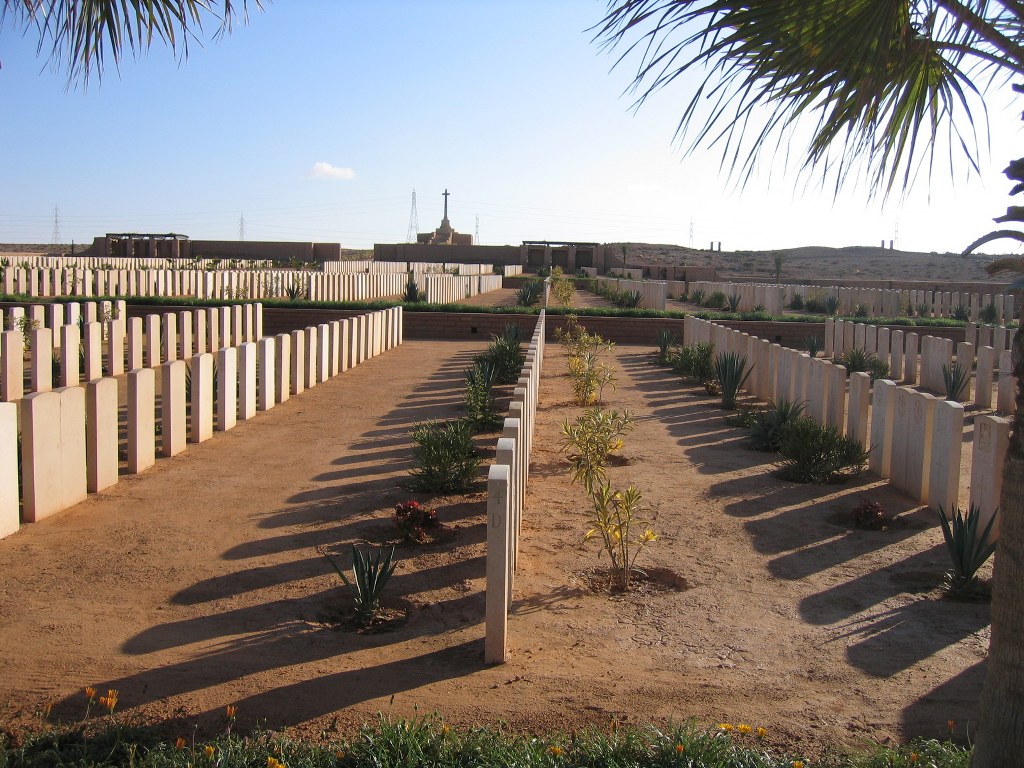 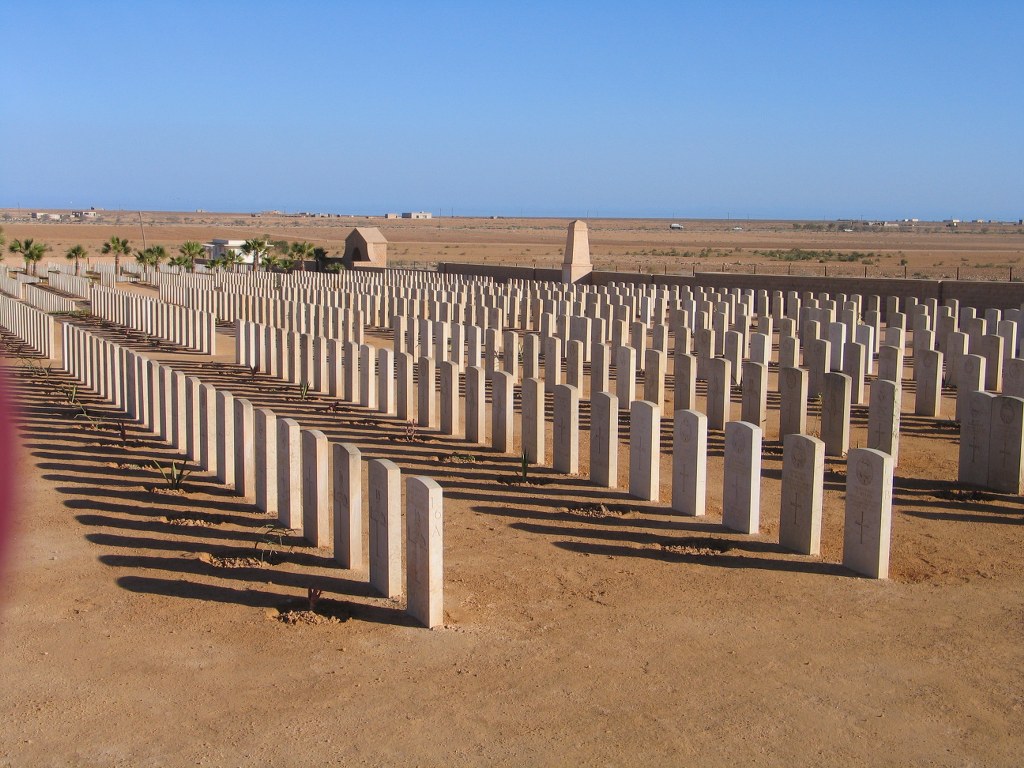 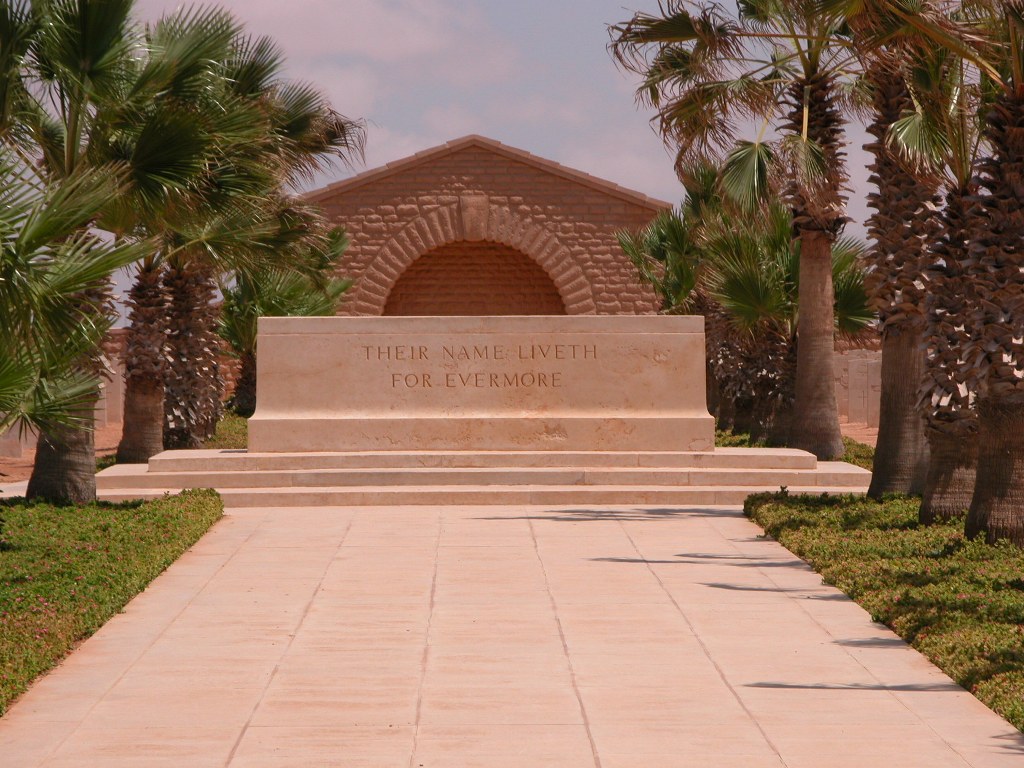 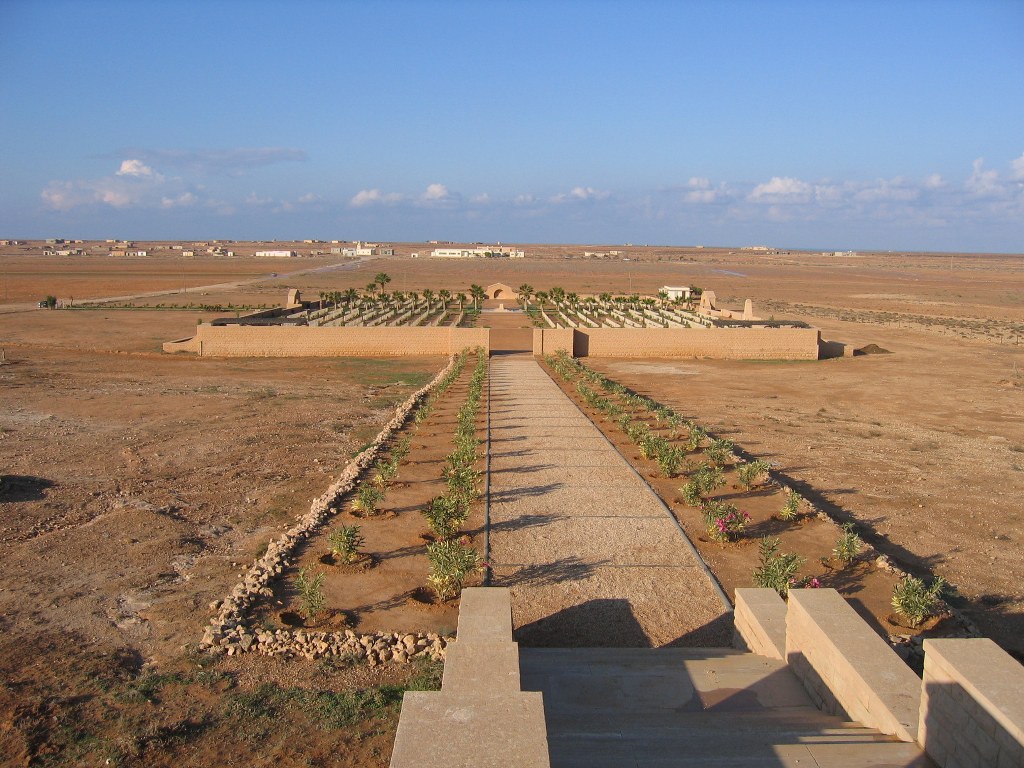 Knightsbridge War Cemetery is located 750 metres south of the main road from Benghazi to Tobruk, about 25 kilometres west of Tobruk. Standing in open country, with the Cross of Sacrifice set high above the level of the cemetery, it is easily visible from the road and is reached via an unmade track branching off the main road.

Please note, due to the current difficult conditions in Libya, our ability to maintain the cemetery is limited for the time being. As soon as the situation improves, we will undertake any necessary remedial work as required. We apologise for any inconvenience and we would respectfully ask visitors to be patient with us. Before considering a visit to Libya the Commission strongly recommends that you check the advice given by the Foreign & Commonwealth Office on the travel section of their website: www.fco.gov.uk/en/travel-and-living-abroad/travel-advice-by-country/

The defence against Rommel's drive across Cyrenaica towards Suez consisted of a number of irregularly spaced strong points or 'boxes' linked by deep minefields. Those nearest the Axis forces were held by infantry, while those further back served as reserve static positions and as bases from which the armour could operate. The chief 'box', known as Knightsbridge, was round a junction of tracks about 20 kilometres west of Tobruk and 16 kilometres south of Acroma, commanding all the tracks by which supplies came up to the front. The Eighth Army's advance fuelling stations and airfields were at Acroma, El Adem, El Duda, Sidi Rezegh and Gambut, while by February 1941, Gazala aerodrome, taken from the Italians early in the campaign, housed two Commonwealth squadrons. Knightsbridge was thus a key position, and the pivot on which the armour manoeuvred during the heavy fighting which commenced in late May 1942. Fierce actions were fought at all these places, and a battlefield cemetery was created at each for the burial of the dead.

The graves of many of those who gave their lives during the campaign in Libya were later gathered into Knightsbridge War Cemetery from the battlefield burial grounds and from scattered desert sites. The men who fought and died with them, but have no known grave, are commemorated on The Alamein Memorial which stands in El Alamein War Cemetery, Egypt.

There are now 3,651 Commonwealth servicemen of the Second World War buried or commemorated in Knightsbridge War Cemetery. 993 of the burials are unidentified and special memorials commemorate a number of casualties known or believed to be buried among them.