Please be aware of the following:
Parking and the Cemetery entrance are located on a busy main road.
Malaria is widespread in areas of Sri Lanka. Trincomalee is a very high risk area. 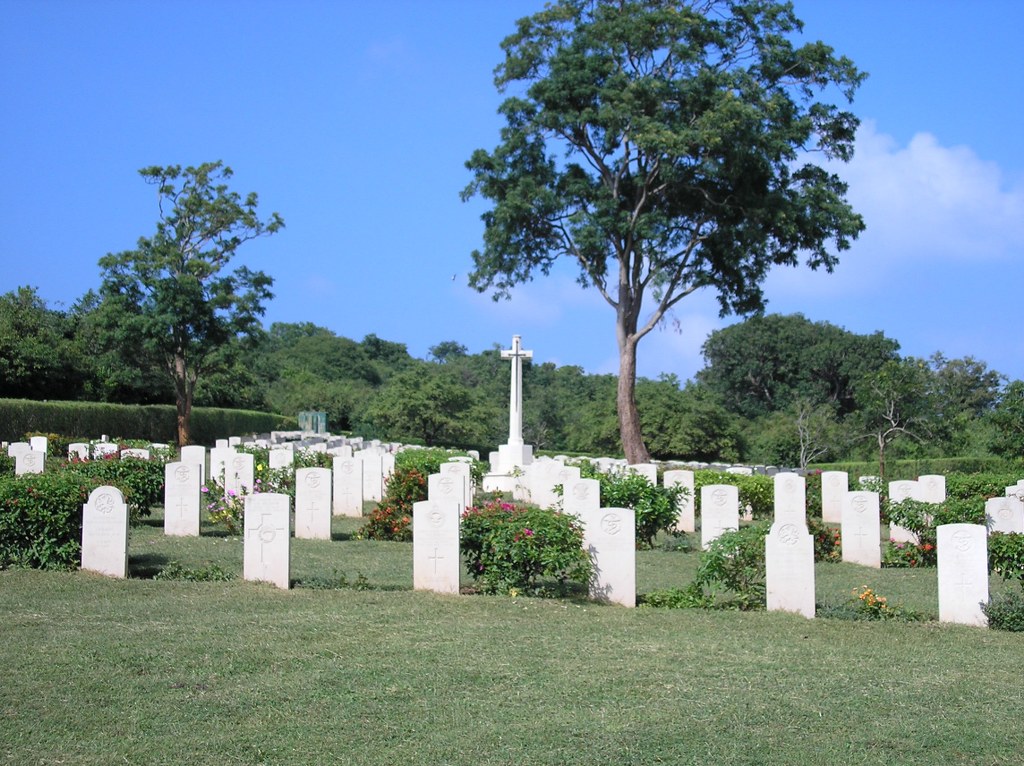 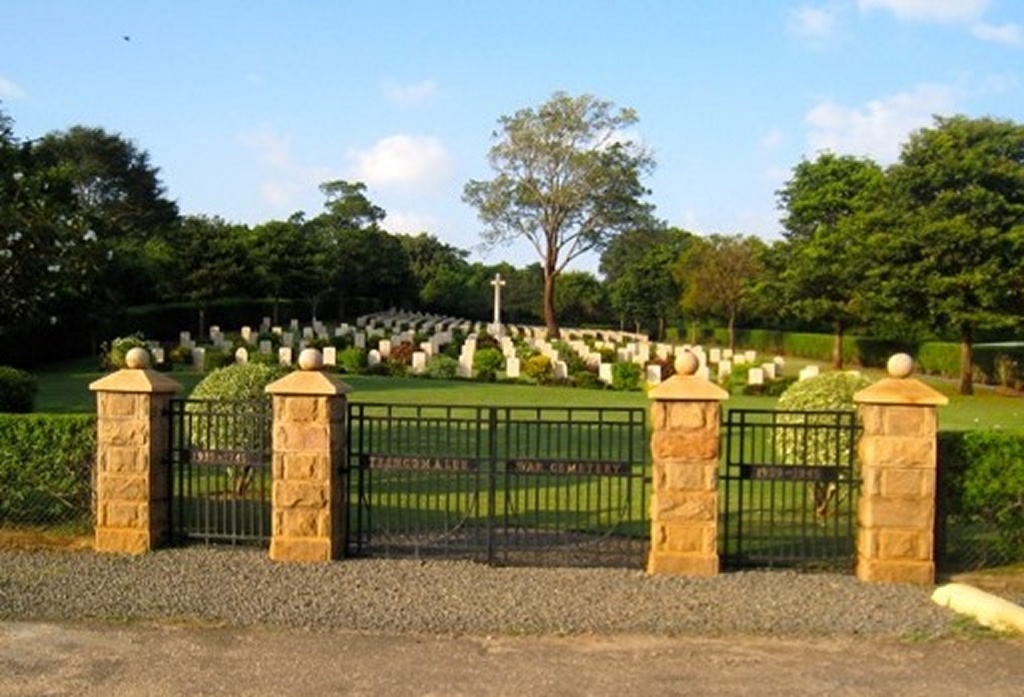 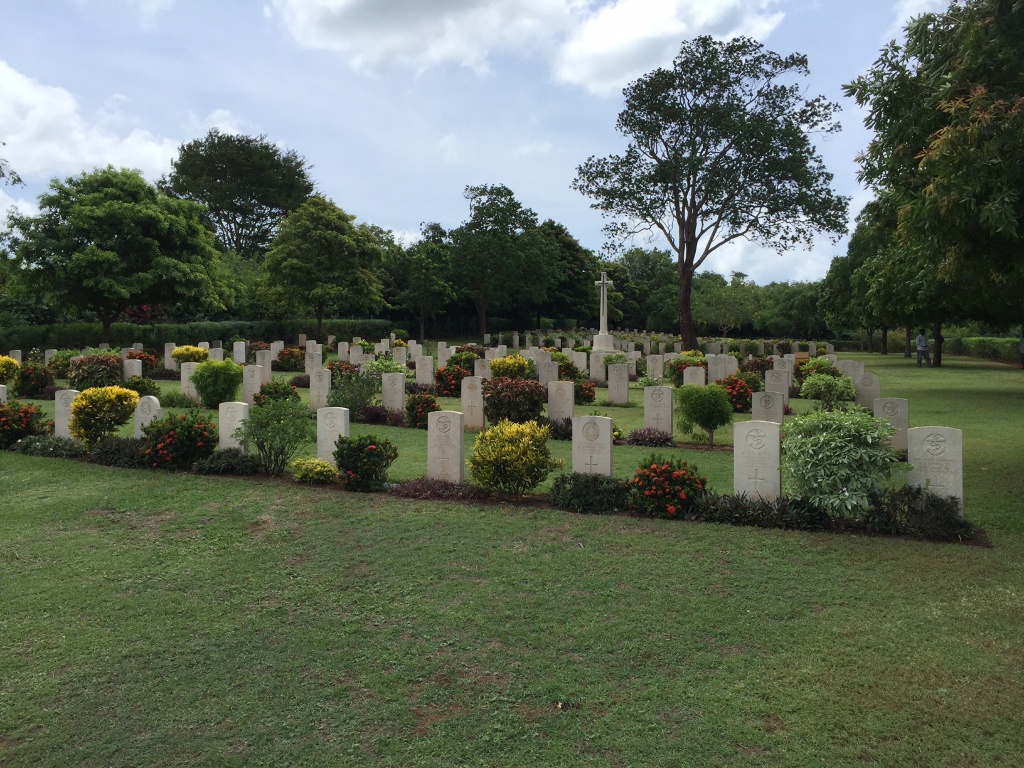 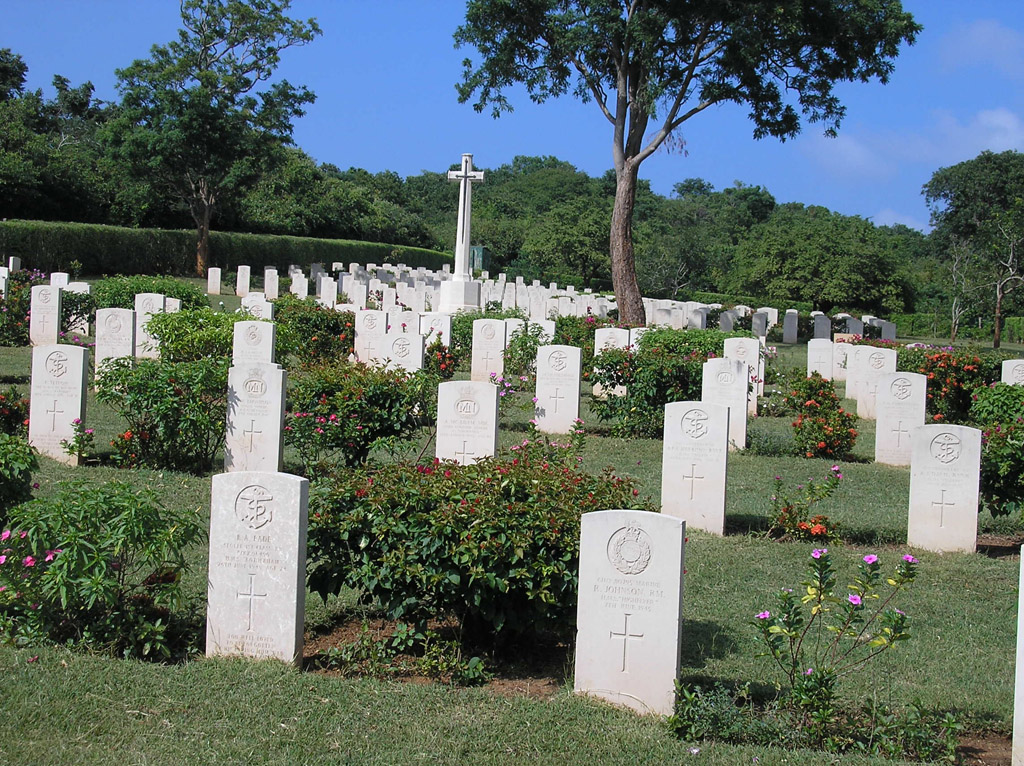 From the main A6 road, just south of the town of Trincomalee, turn left onto the North East Coast Road, also known as the Nilaveli Road. The cemetery is approximately 6 kilometres along this road on the right (eastern) side.

Before considering a visit to Sri Lanka the Commission strongly recommends that you check the advice given by the Foreign & Commonwealth Office on the travel section of their website:

This site is open between 07:00 and 16:00 every day. Access outside these hours can be made via the resident caretaker. Wheelchair access possible via main entrance. For further information regarding wheelchair access, please contact our Enquiries Section on telephone number 01628 507200.

Trincomalee is a seaport on the north-eastern coast of Sri Lanka (Ceylon) and was formerly a naval station. After the fall of Singapore it became a naval base of importance to our command of shipping in the Bay of Bengal and the Indian Ocean.

The cemetery was originally the Combined Services Cemetery, but was taken over by the Admiralty from the military authorities in April 1948 for use as a permanent naval cemetery. On the withdrawal of United Kingdom Forces from Ceylon it became the property of the Ceylon Government who have granted the Commission security of tenure in perpetuity.