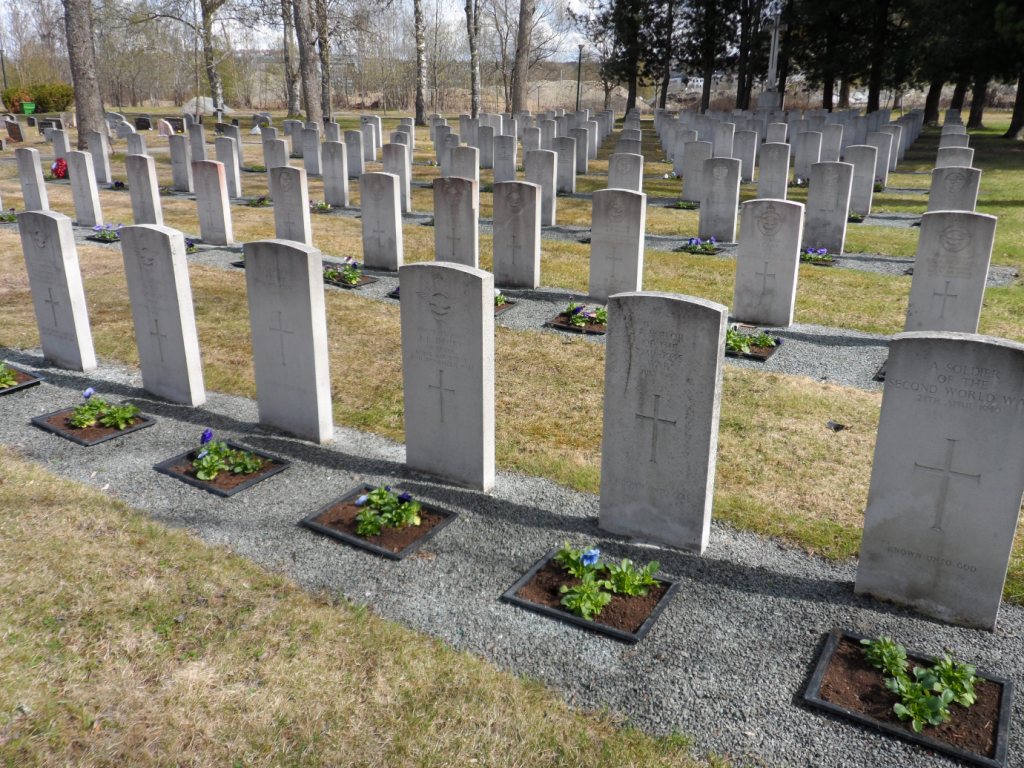 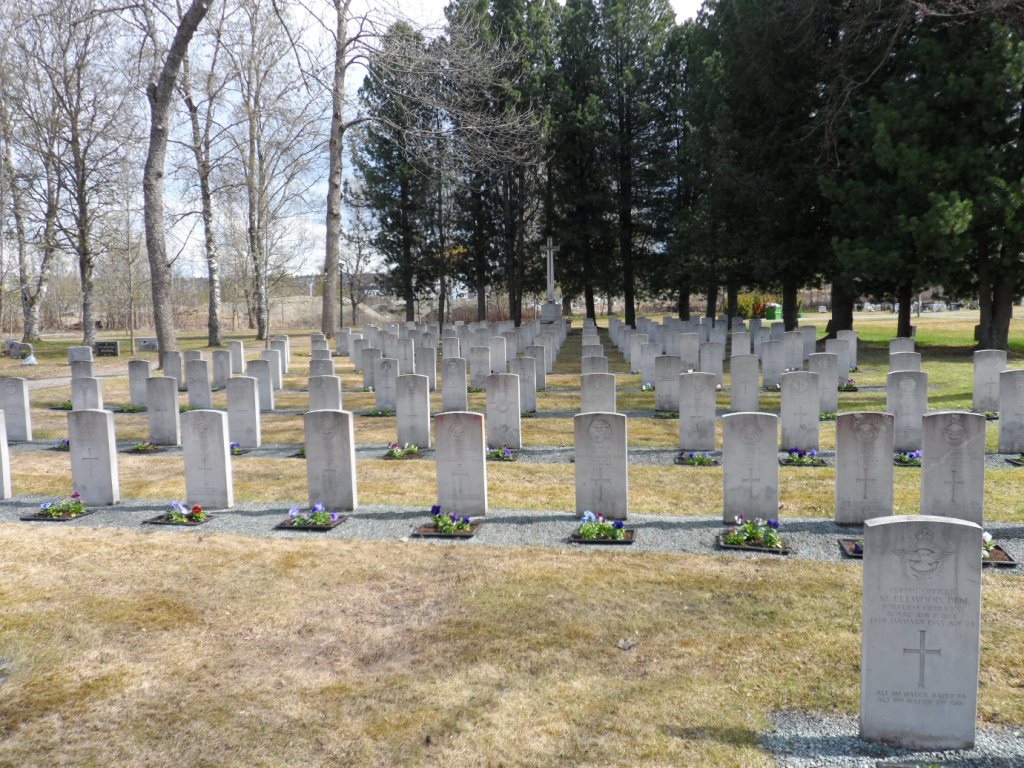 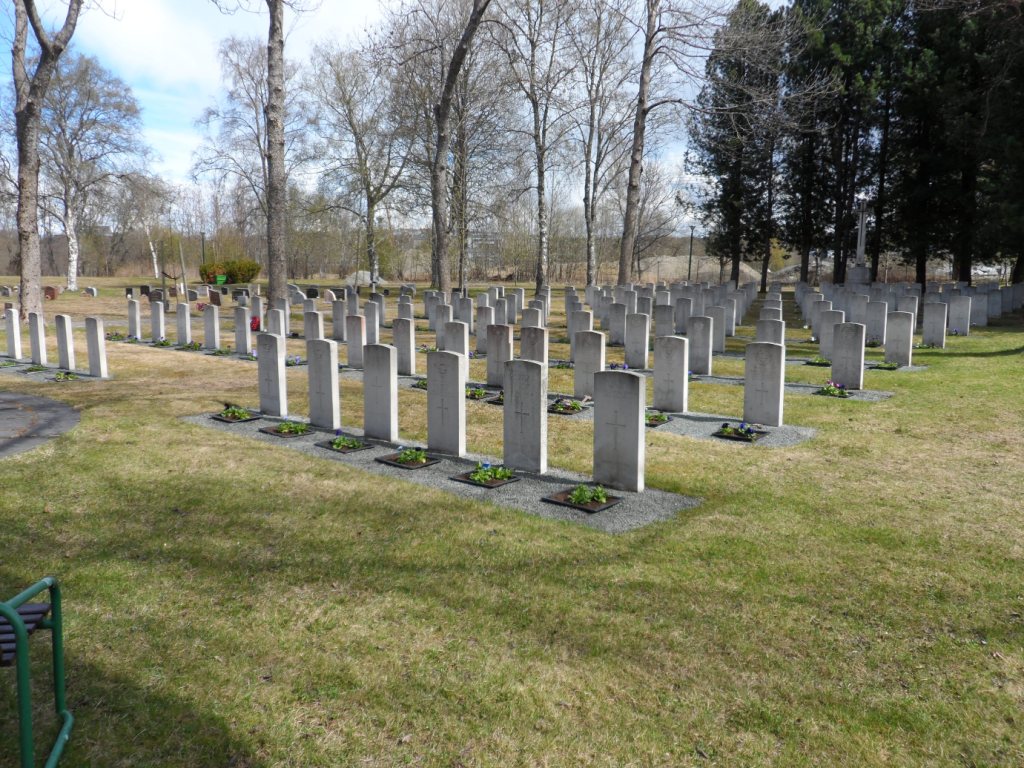 The town of Trondheim stands on the west coast of Norway approximately 500 km north of Oslo. Approaching Trondheim from the south on the main E6 route from Oslo exit the A6 shortly before the toll bridge at junction 11a signposted route 715 to Fosen. Follow the 715 turning right at the T junction and right again at the roundabout approximately 1 km further on, still signposted to Fosen. 50 metres beyond the roundabout turn right into a short lane at the sign for Stavne church. Stavne churchyard is just opposite Stavne Gård, in Osloveien, N-7019 Trondheim. The GPS co-ordinates for Stavne Gård are 72 54 32 50. From the entrance to the churchyard the Cross and war plot can be plainly seen at a distance of 100 metres immediately behind the wooden chapel.

During the Second World War, Norway was of strategic importance to the Germans. Their invasion on 9 April 1940 was sudden and widespread and despite Allied intervention, the entire country was under German occupation by early June. Thereafter, Allied activity in Norway was confined to raids and special operations, with the Commonwealth air forces providing support to Norwegian resistance groups until the German capitulation in May 1945. There are no Commonwealth war cemeteries in Norway, those who died there being buried in civil cemeteries and churchyards. Trondheim (Stavne) Cemetery contains the largest Commonwealth war graves plot in Norway. Among those buried here are the first casualties of the Norwegian campaign, six sailors from the destroyer Glowworm which blew up after attacking and ramming the German cruiser 'Hipper' on 8 April 1940. Some of the soldiers belonged to the force which landed at Namsos later that month and advanced towards Trondheim, while many were casualties from the raid made on the island of Vagsoy at Christmas 1941. The majority are airmen who were shot down in this area, many whilst attacking German shipping in Norwegian coastal waters, the losses being particularly heavy during the spring of 1942. The Commonwealth plot at Trondheim contains 155 burials, 26 of them unidentified.