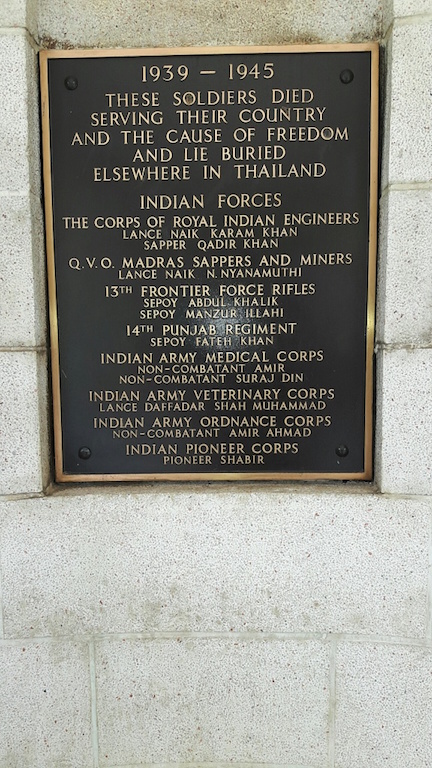 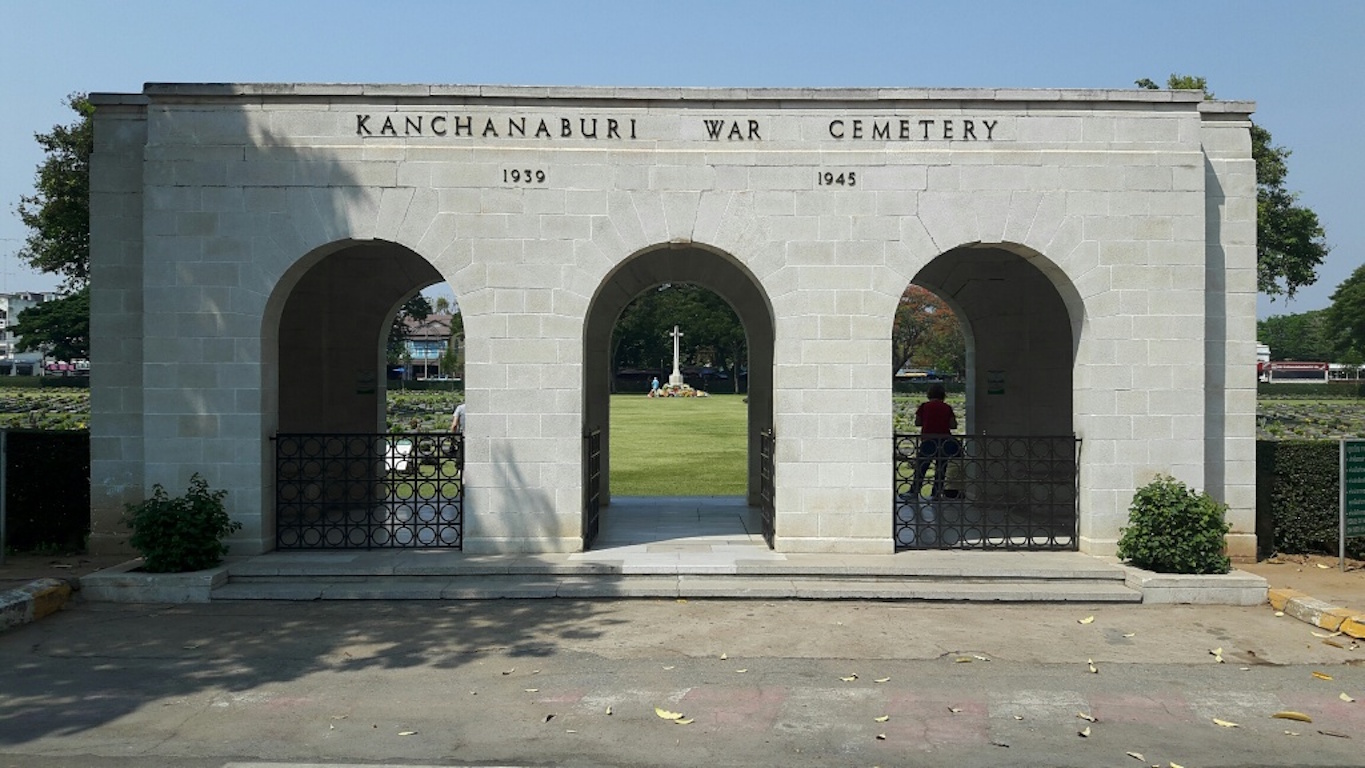 The town of Kanchanaburi is 129 kilometres North-West of Bangkok and is best reached by road, along the National Highway which runs from the capital. There are bus and train services from Bangkok. The Kanchanaburi Memorial is located in the entrance building of Kanchanaburi War Cemetery, which is situated adjacent to Saeng Chuto Road, the main road through the town. When approaching from Bangkok, the cemetery is on the left side of the road, towards the far (northern) end of the town. A Commission signpost faces the cemetery on the opposite side of the road.

Kanchanaburi Memorial is open at all times.

The notorious Burma-Siam railway, built by Commonwealth, Dutch and American prisoners of war, was a Japanese project driven by the need for improved communications to support the large Japanese army in Burma. During its construction, approximately 13,000 prisoners of war died and were buried along the railway. An estimated 80,000 to 100,000 civilians also died in the course of the project, chiefly forced labour brought from Malaya and the Dutch East Indies or conscripted in Siam (Thailand) and Burma (Myanmar).

The graves of most of those who died during the construction and maintenance of the Burma-Siam railway (except for the Americans, whose remains were repatriated) were transferred from camp burial grounds and isolated sites along the railway into three cemeteries at Chungkai and Kanchanaburi in Thailand and Thanbyuzayat in Myanmar.

The KANCHANABURI MEMORIAL stands within the entrance building to Kanchanaburi War Cemetery. It records the names of 11 men of the army of undivided India buried in Muslim cemeteries in Thailand, where their graves could not be maintained.

KANCHANABURI WAR CEMETERY is only a short distance from the site of the former 'Kanburi', the prisoner of war base camp through which most of the prisoners passed on their way to other camps. It was created by the Army Graves Service who transferred to it graves along the southern half of railway, from Bangkok to Nieke. More than 5,000 Commonwealth and 1,800 Dutch casualties are buried or commemorated in the cemetery.