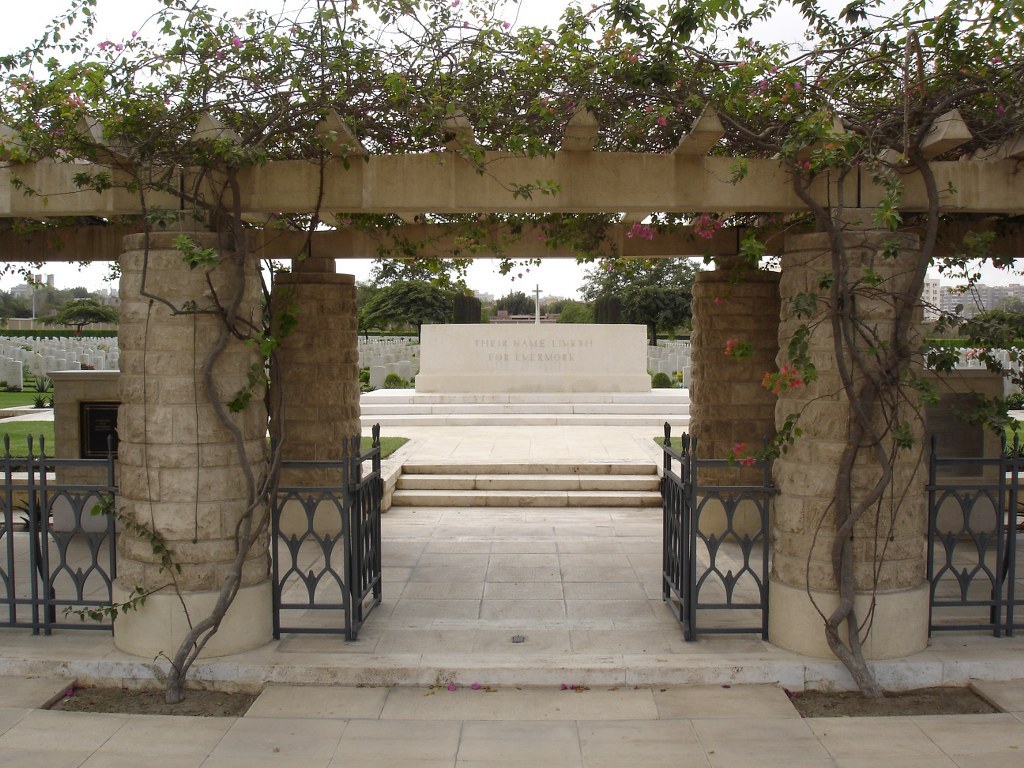 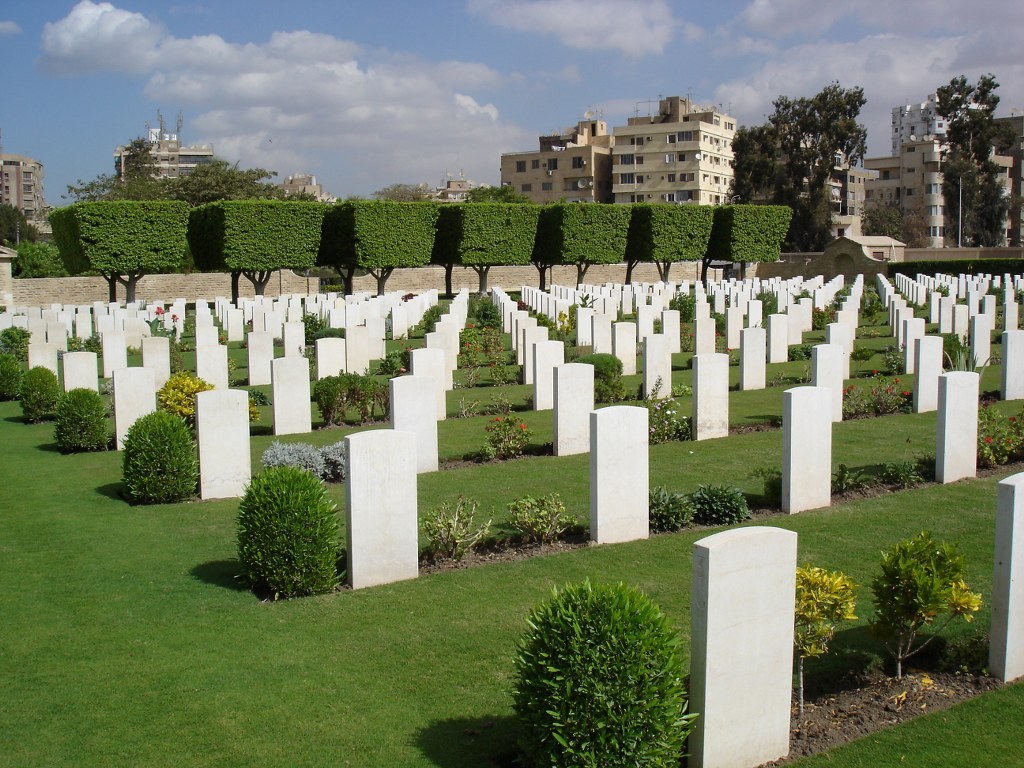 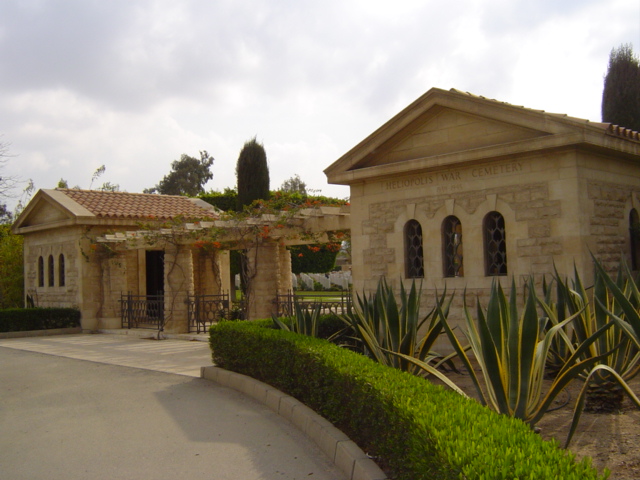 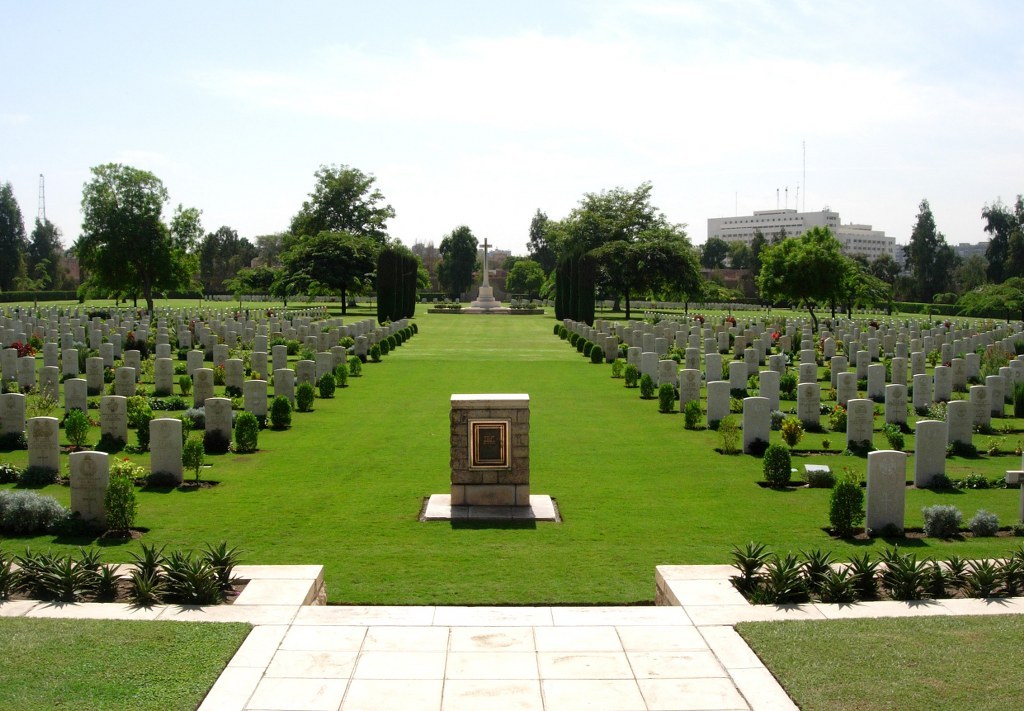 General Headquarters, Middle East Command was set up in Cairo shortly before the outbreak of the Second World War, remaining there throughout the war years. In January 1941, a Royal Air Force Sector Headquarters for Fighter Defence Canal Zone was established. Cairo was also a significant hospital centre during the Second World War, as well as a leave centre with many social clubs and hostels. The cemetery at Heliopolis was opened in October 1941 for burials from the many hospitals in the area coping with the wounded and sick, mainly from the Western Desert campaigns. After the war, 125 graves were moved into the cemetery from Mena Camp Military Cemetery where permanent maintenance was not possible. There are now 1,742 Commonwealth casualties of the Second World War buried or commemorated in the cemetery, and the 83 war graves of other nationalities reflect the diverse make up of the Middle East Command. The cemetery was designed by Mr. J. Hubert Worthington. The pavilions at the entrance to the cemetery house the HELIOPOLIS (PORT TEWFIK) MEMORIAL to almost 4,000 men who served and died with the Indian Army during the First World War in Egypt and Palestine, and who have no known grave. The original memorial at Port Tewfik was destroyed during the Israeli-Egyptian fighting of the 1970s. The pavilion at the rear of the cemetery houses the HELIOPOLIS (ADEN) MEMORIAL to more than 600 men of the Commonwealth forces who died in the defence of Aden during the First World War and who have no known grave. The original memorial in Aden was destroyed in 1967.