Works maintenance on the drainage started in March at Sangro River War Cemetery and they will continue for the next six months. 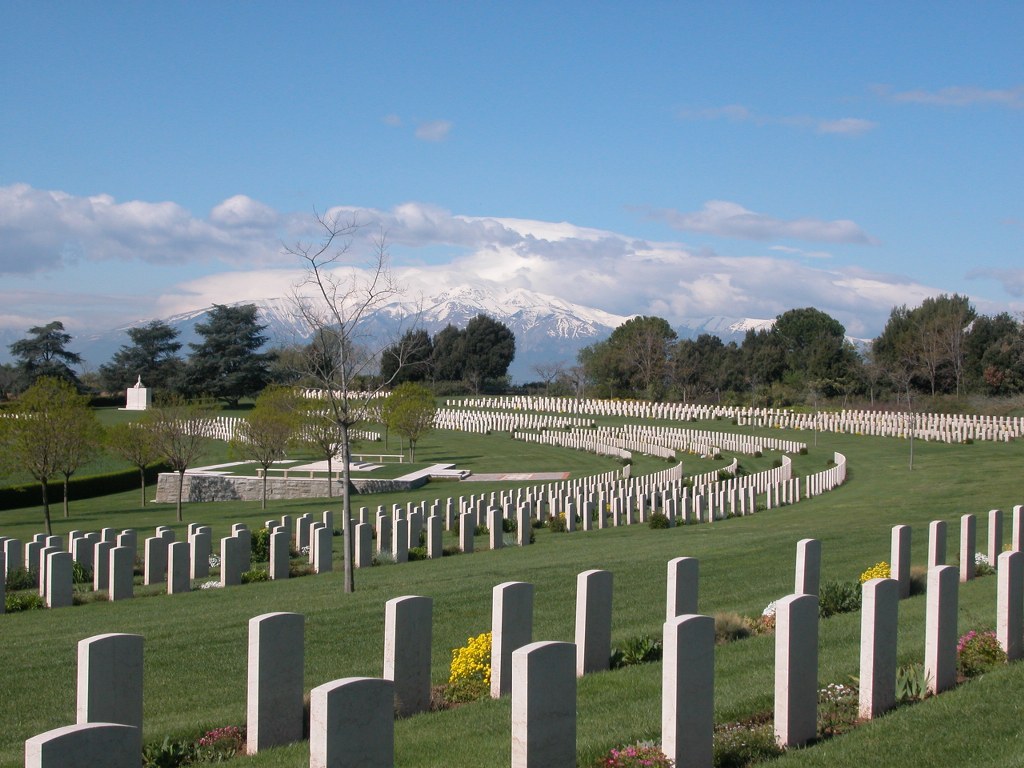 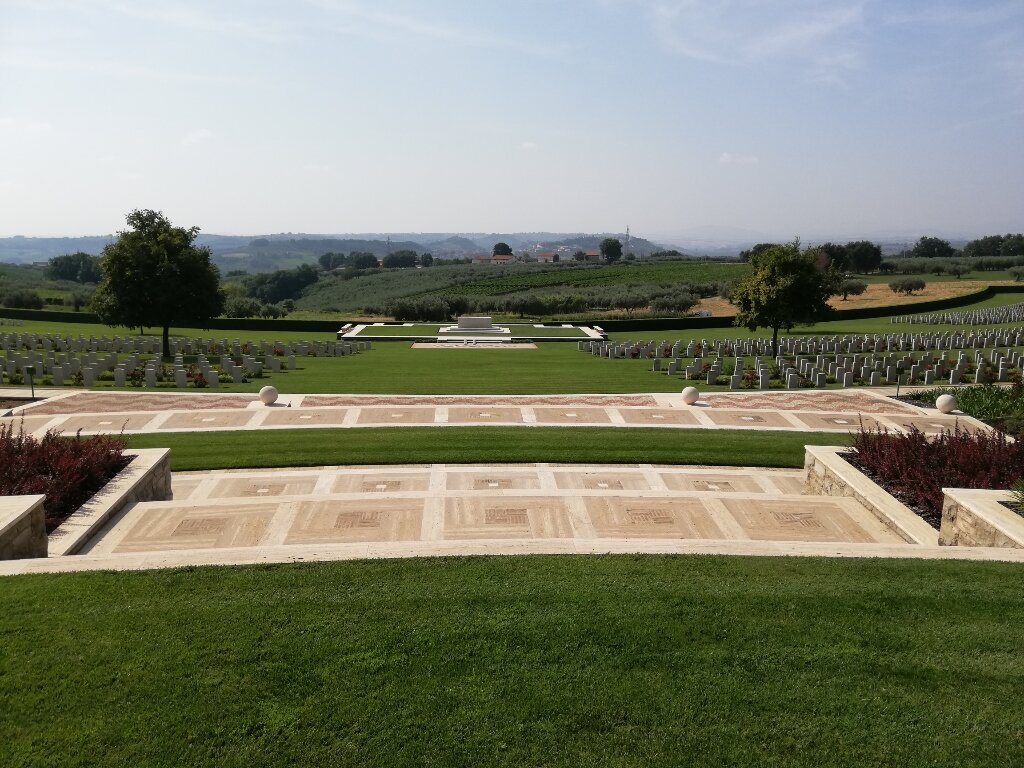 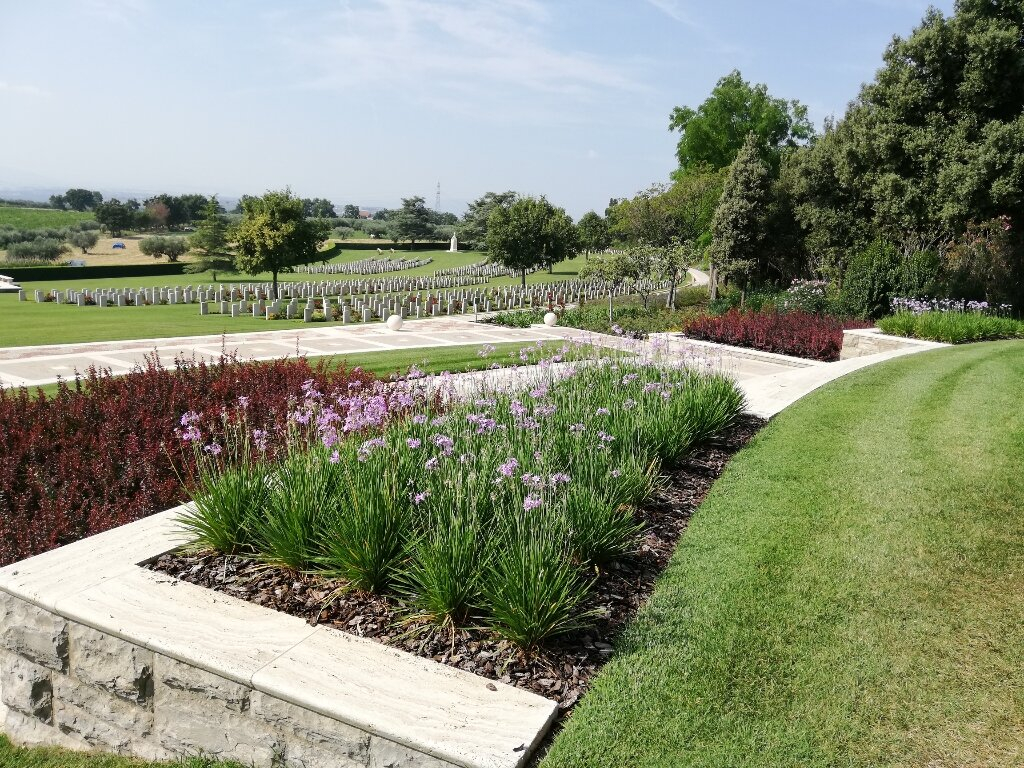 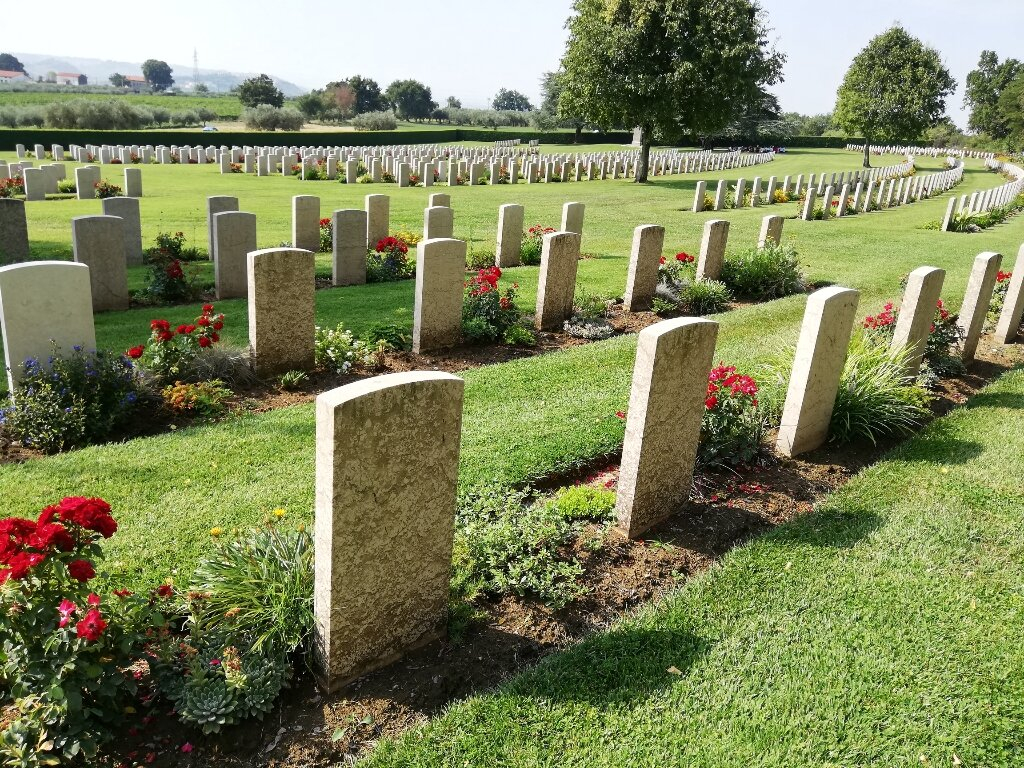 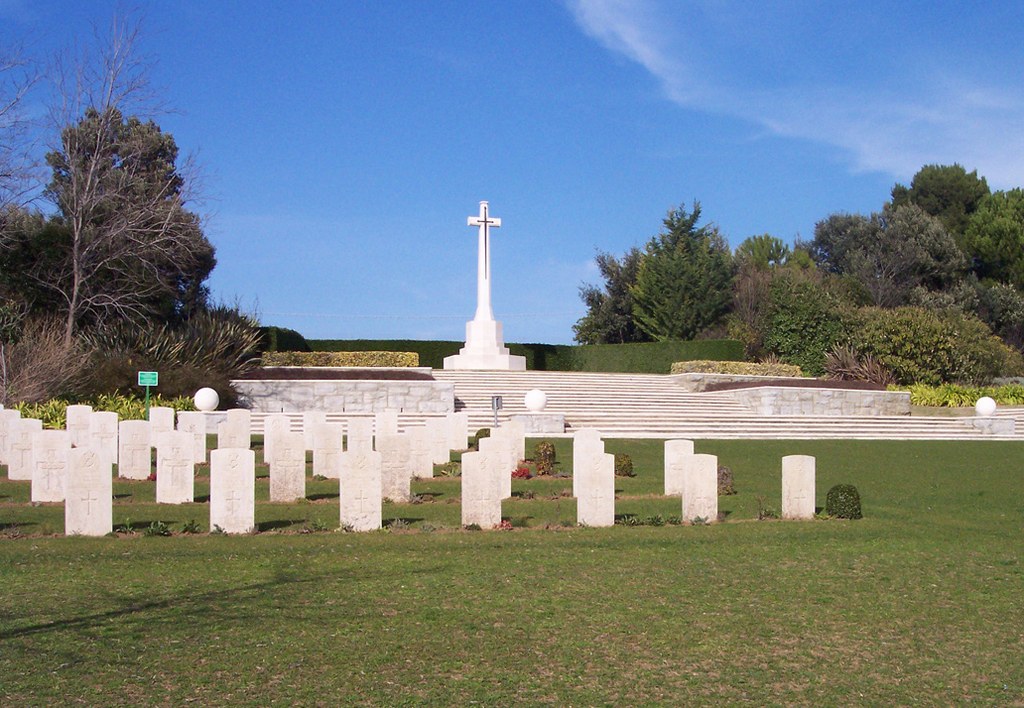 The Sangro River War Cemetery lies in the Contrada Sentinelle in the Commune of Torino di Sangro, Province of Chieti. Take the autostrada A14 (the road that runs from Taranto in the south to Ancona in the north) and exit at Val di Sangro. After approximately 2.5 kilometres from the exit turn right onto the SS16, Pescara to Vasto road, for nearly 2 kilometres. There is then a sharp right turn up to cemetery. If you come from the station, take a taxi from Torino di Sangro station, otherwise follow the road signs to SS16 (see direction), turn right at the crossroad and continue following the signs. The station is about 7 kilometres from the cemetery. Cemetery address: Contrada Sentinelle s.n. - 66020 Torino di Sangro (CH) Abruzzo. GPS Co-ordinates: Latitude: 42.218406, Longitude: 14.535594.

The cemetery is permanently open and may be visited anytime. The cemetery main gate is kept locked outside of the gardeners working hours to prevent wild boars entering at night. The gate can be opened by entering the code 1221 on the combination padlock.

On 3 September 1943 the Allies invaded the Italian mainland, the invasion coinciding with an armistice made with the Italians who then re-entered the war on the Allied side. Allied objectives were to draw German troops from the Russian front and more particularly from France, where an offensive was planned for the following year. Progress through southern Italy was rapid despite stiff resistance, but by the end of October, the Allies were facing the German winter defensive position known as the Gustav Line, which stretched from the river Garigliano in the west to the Sangro in the east. By 4 November, the Allied force that had fought its way up the Adriatic coast was preparing to attack the Sangro river positions. A bridgehead had been established by the 24th and by nightfall on the 30th, the whole ridge overlooking the river was in Allied hands. The site of this cemetery was selected by the 5th Corps and into it were brought the graves of men who had died in the fierce fighting on the Adriatic sector of the front in November-December 1943, and during the static period that followed. In addition, the cemetery contains the graves of a number of escaped prisoners of war who died while trying to reach the Allied lines. SANGRO RIVER WAR CEMETERY contains 2,617 Commonwealth burials of the Second World War. Within the cemetery will be found the SANGRO RIVER CREMATION MEMORIAL, one of three memorials erected in Italy to officers and men of the Indian forces whose remains were cremated in accordance with their faith - the other two cremation memorials are in Forli Indian Army War Cemetery and Rimini Gurkha War Cemetery. The memorial at Sangro River commemorates more than 500 servicemen.