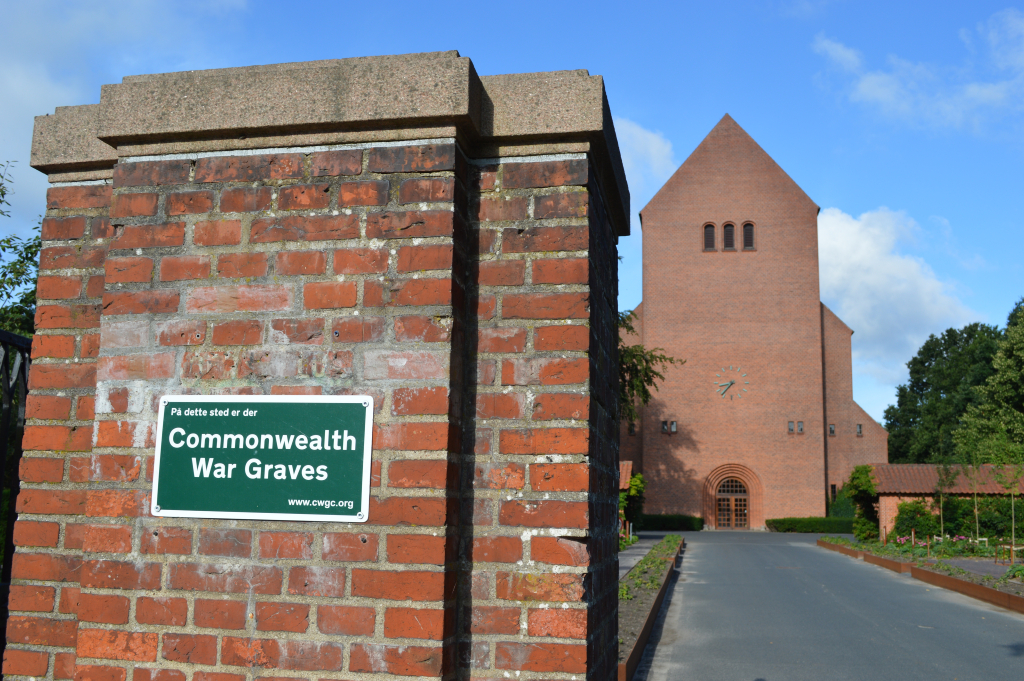 Odense is the third largest city in Denmark on the island of Fyn. The cemetery is at the west end of the town in the road named Heden. The CWGC Plot is to the left of the entrance. The one headstone is in Plot BN, grave 416, which is reached by taking the central path behind the chapel and the headstone is after the 4th path to the left.

Odense (Assistens) Cemetery contains a plot of 23 Commonwealth burials, most of them airmen. A Danish merchant seamen who served with the Commonwealth forces is buried elsewhere in the cemetery. Within the Commonwealth plot, the local people have erected a monument in the form of a square column, surmounted by two bronze eagles, and inscribed "In memory of British and Canadian airmen who gave their lives in the battle for freedom during the war 1939-1945".