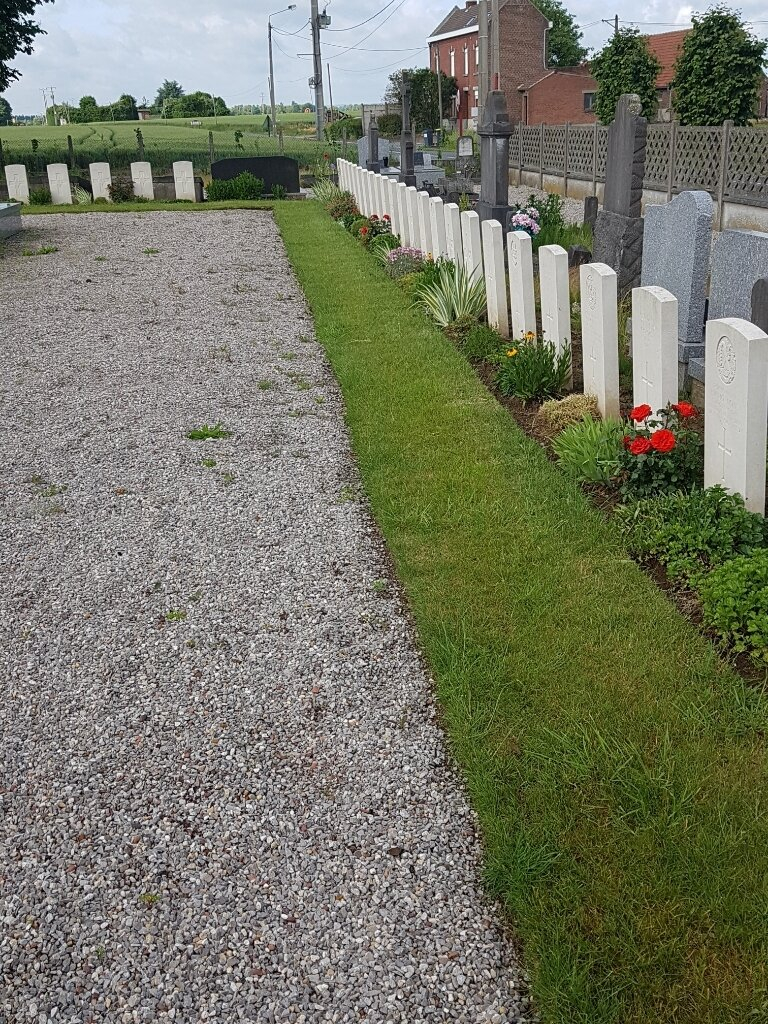 Violaines is a village 4 kilometres north-west of La Bassee and 28 kilometres north of Arras. From the church, leave the village on the D167E (Rue de l'Eglise) heading south-west. The cemetery is 400 metres on the left hand side of the road and the Commonwealth War Graves Plot will be found in the near right hand corner.

Violaines saw bitter fighting in May 1940, during the withdrawal of our forces to Dunkirk, particularly near the Aire-Le Bassee Canal which runs through the commune about 2 kilometres from the village. At the time the dead were buried where they lay, on the banks of the canal and in the surrounding fields. In 1942, however, the occupying forces permitted the local people to transfer the graves to the communal cemetery. There are now over 30, 1939-45 war casualties commemorated in this site. Of these, a small number are unidentified.