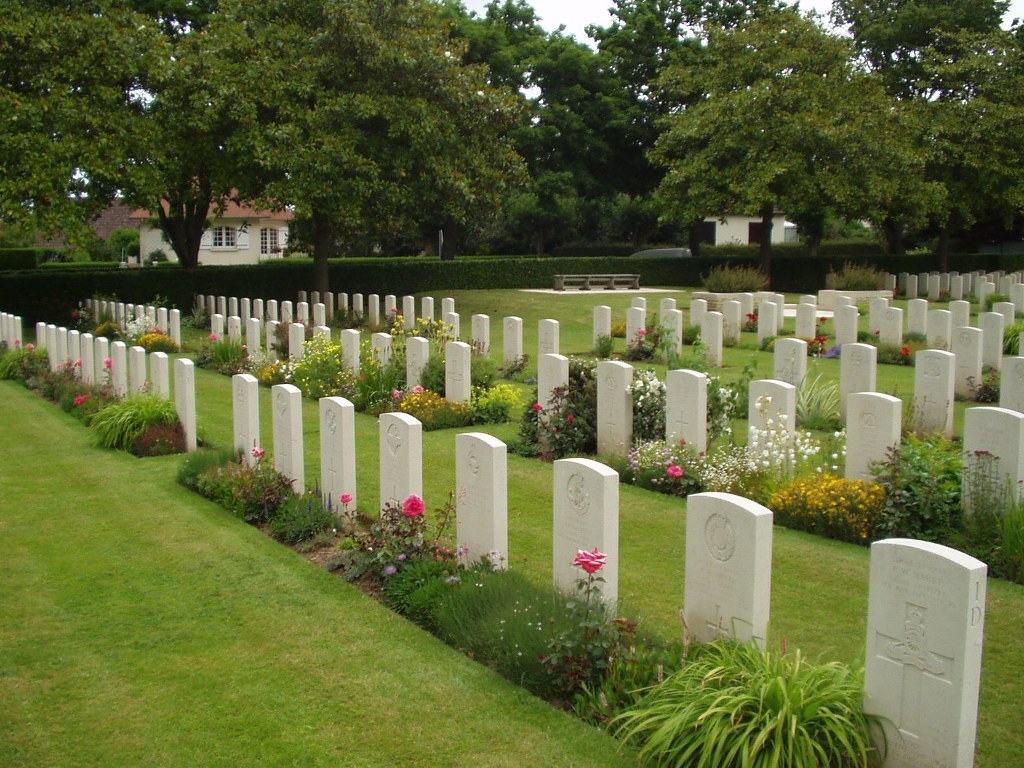 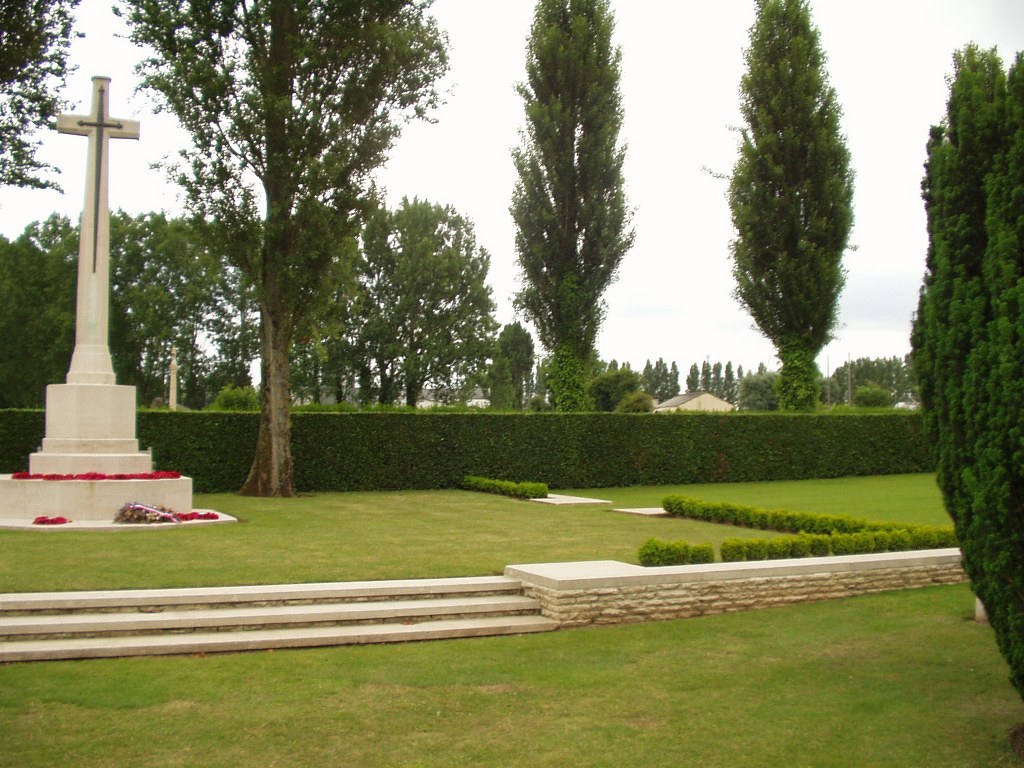 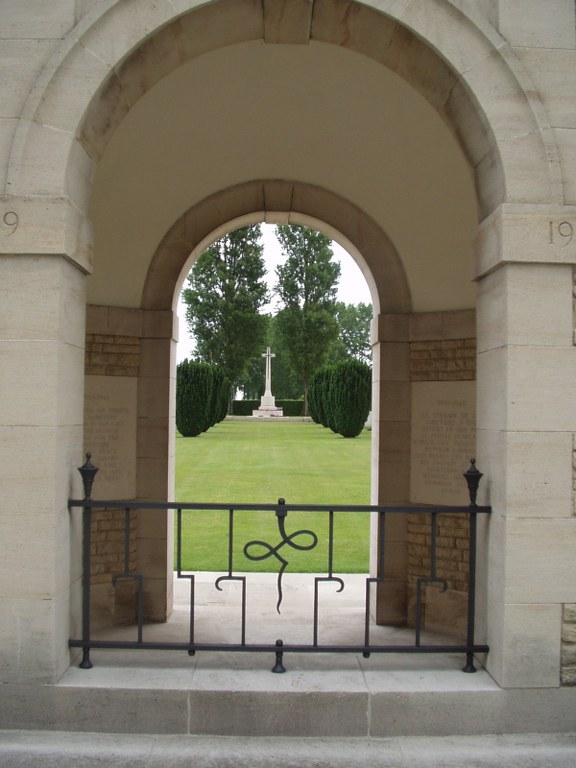 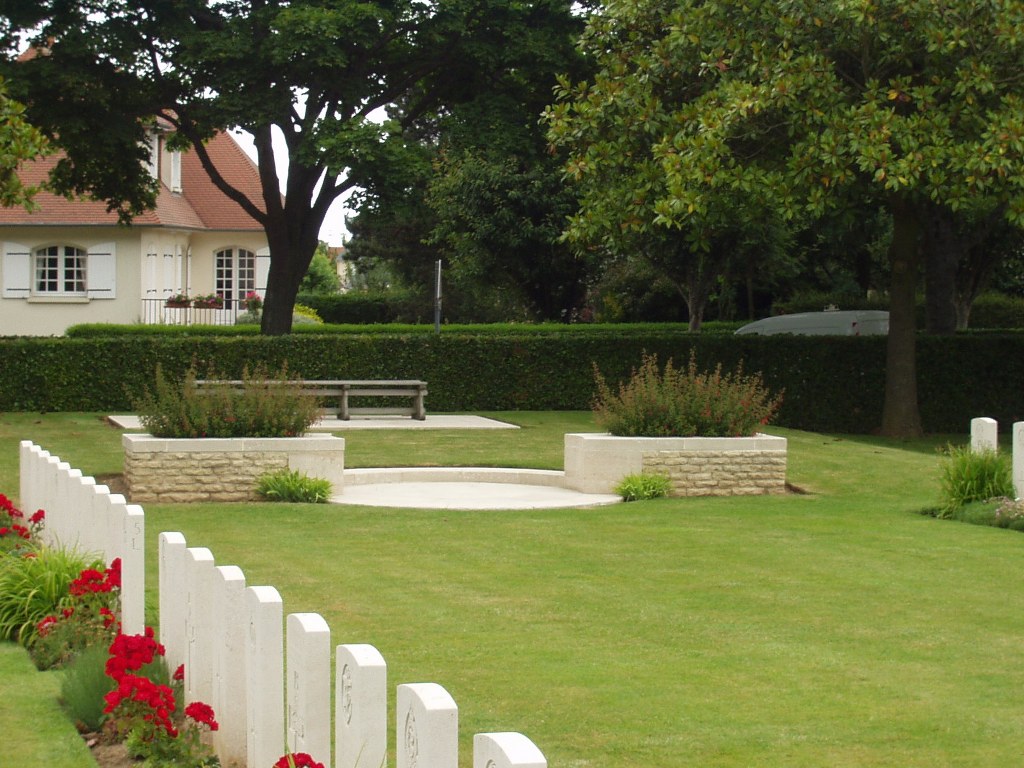 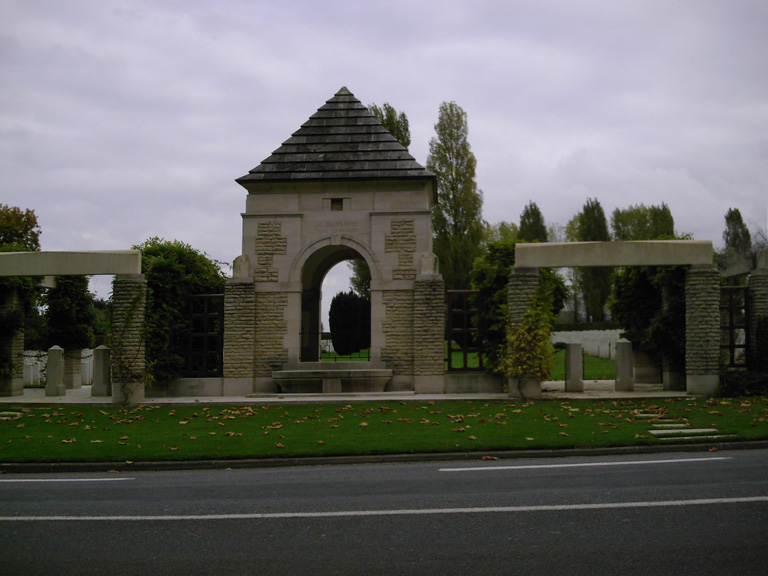 Douvres-la-Delivrande is a village 14 kilometres north of Caen. Take the main road northwards from Caen, the D7 to Langrune-sur-Mer. After about 12 kilometres, the War Cemetery will be found on the right of the road, a few hundred metres before reaching La Delivrande crossroads and its twin-spired church.

The burials in La Delivrande War Cemetery mainly date from 6 June and the landings on Sword beach, particularly Oboe and Peter sectors. Others were brought in later from the battlefields between the coast and Caen.

There are now 944 Commonwealth servicemen of the Second World War buried or commemorated in this cemetery. 65 of the burials are unidentified but there are special memorials to a number of casualties known to be buried among them. The cemetery also contains 180 German graves.