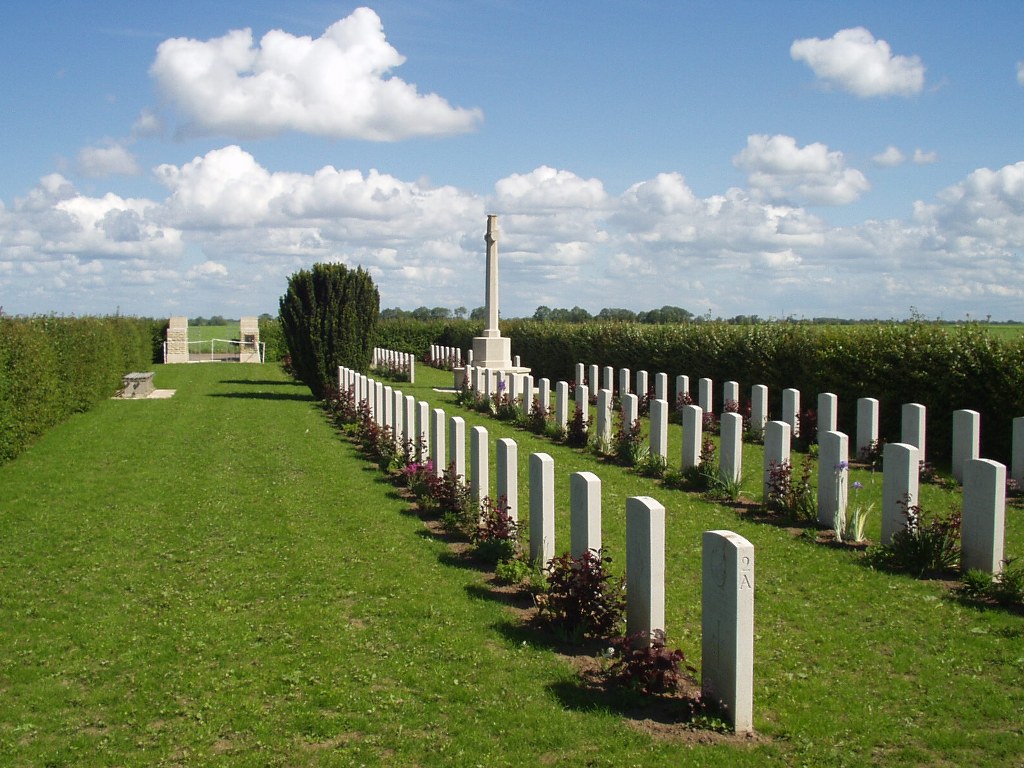 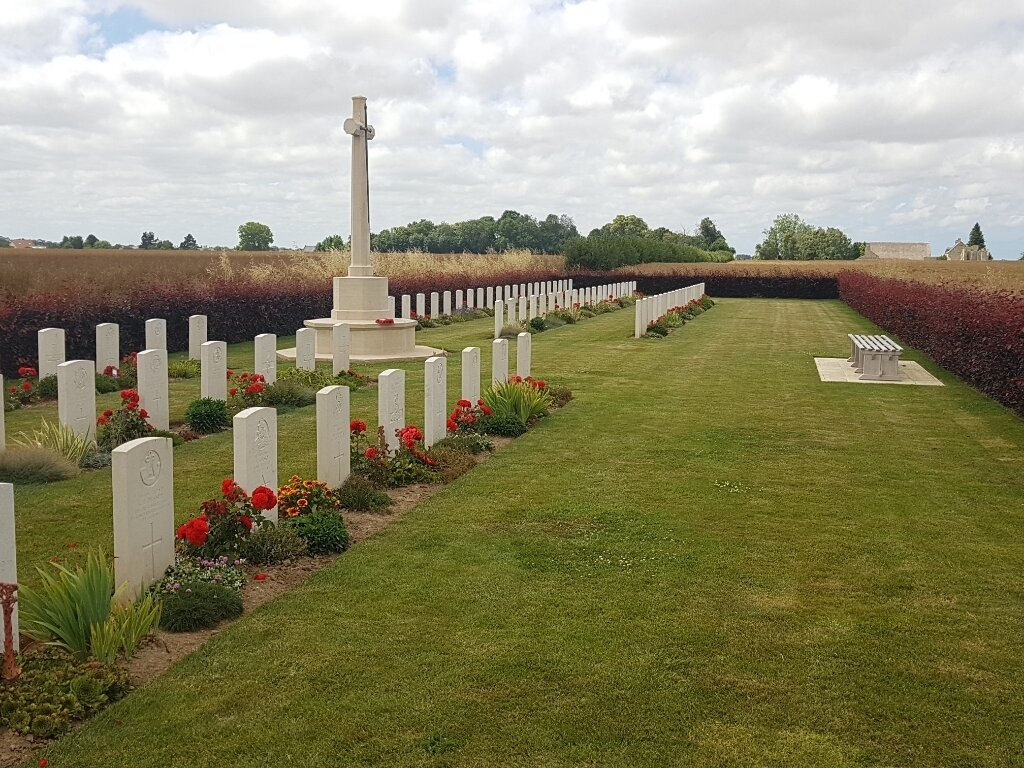 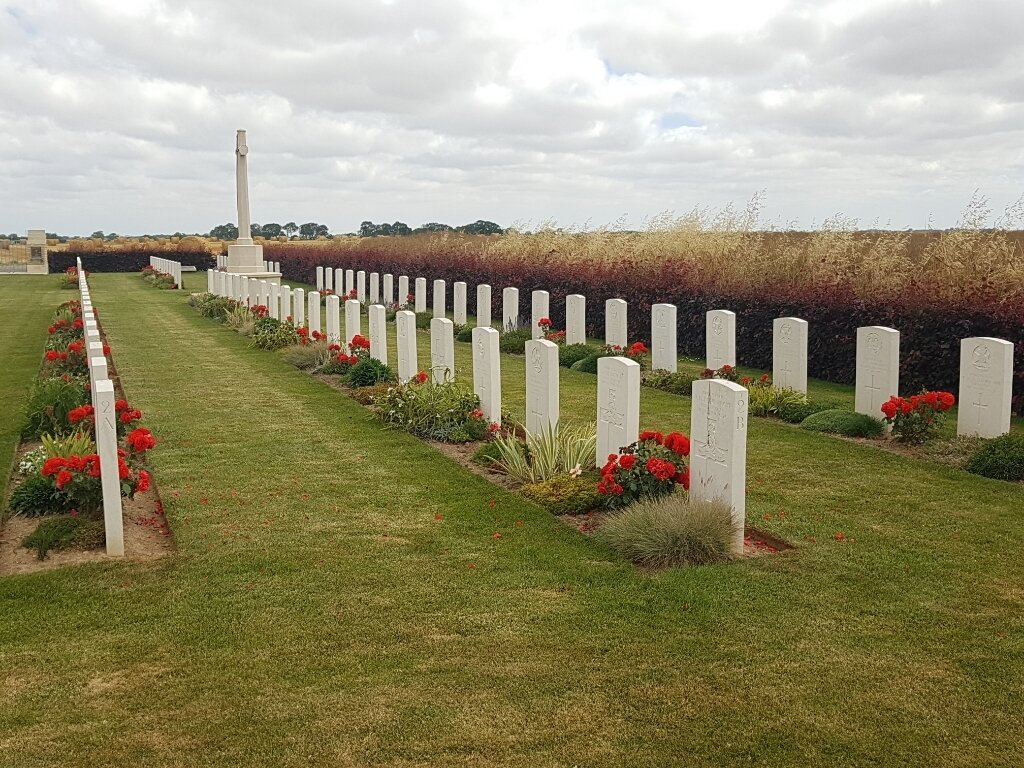 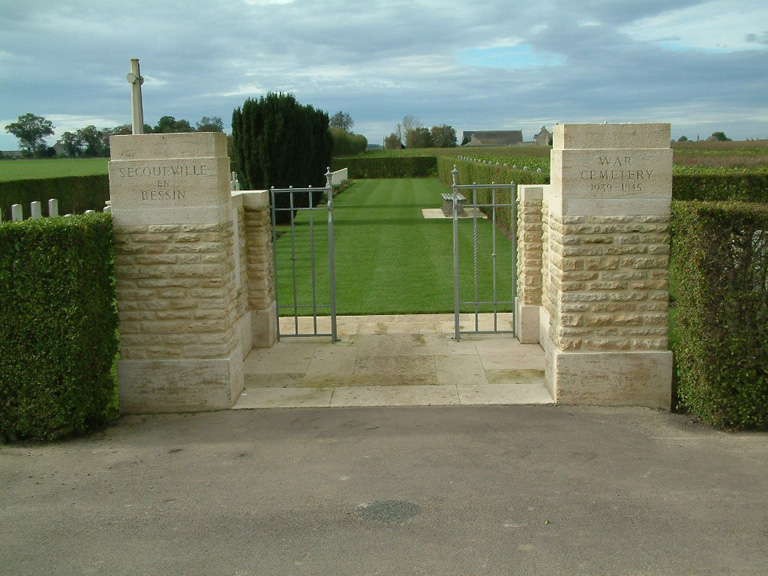 The Allied offensive in north-western Europe began with the Normandy landings of 6 June 1944. Secqueville-en-Bessin War Cemetery is a battlefield cemetery, containing the graves of men killed in the advance to Caen early in July and in the subsequent fighting up to the end of that month. The cemetery contains 99 Commonwealth burials of the Second World War and 18 German burials.