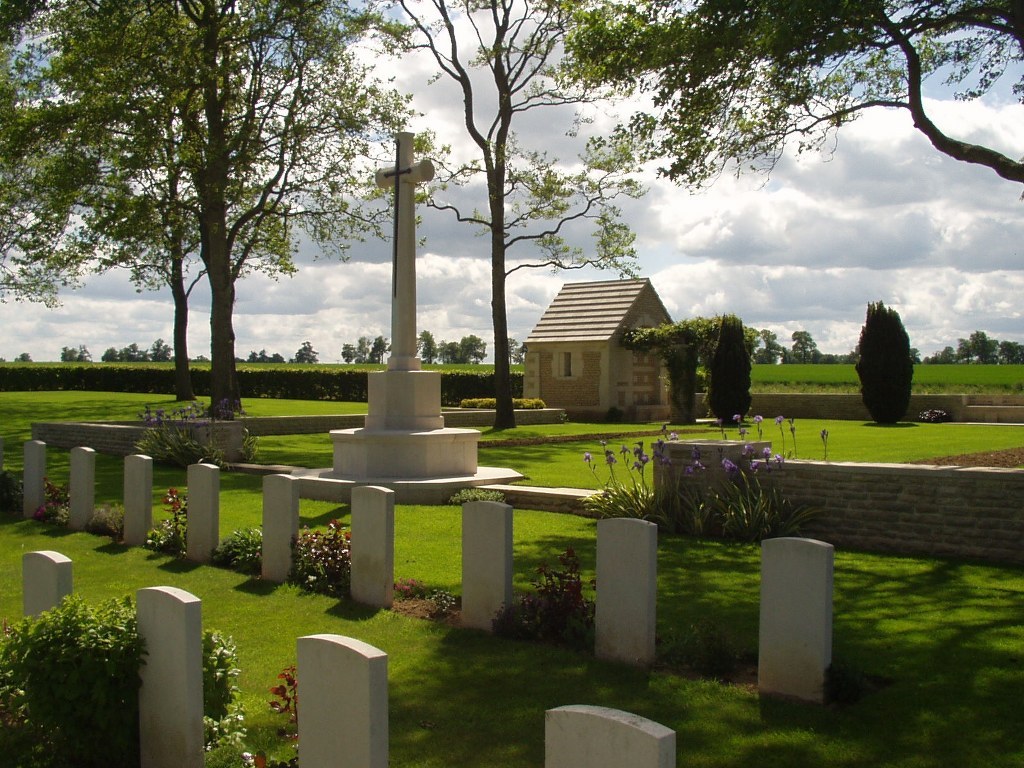 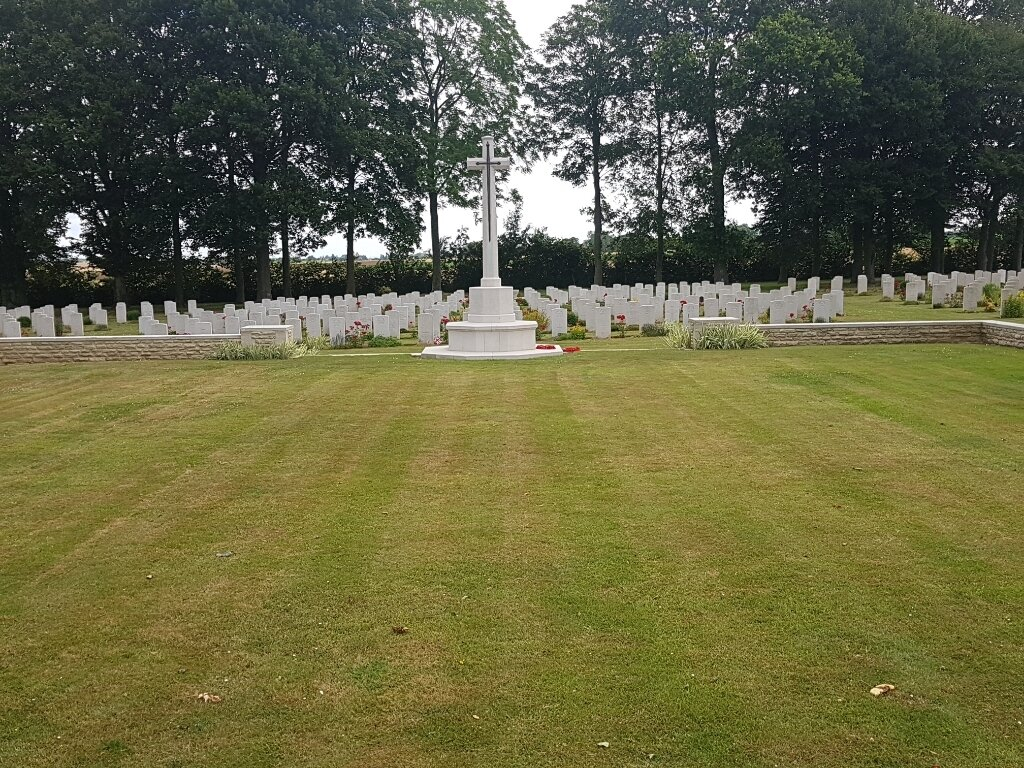 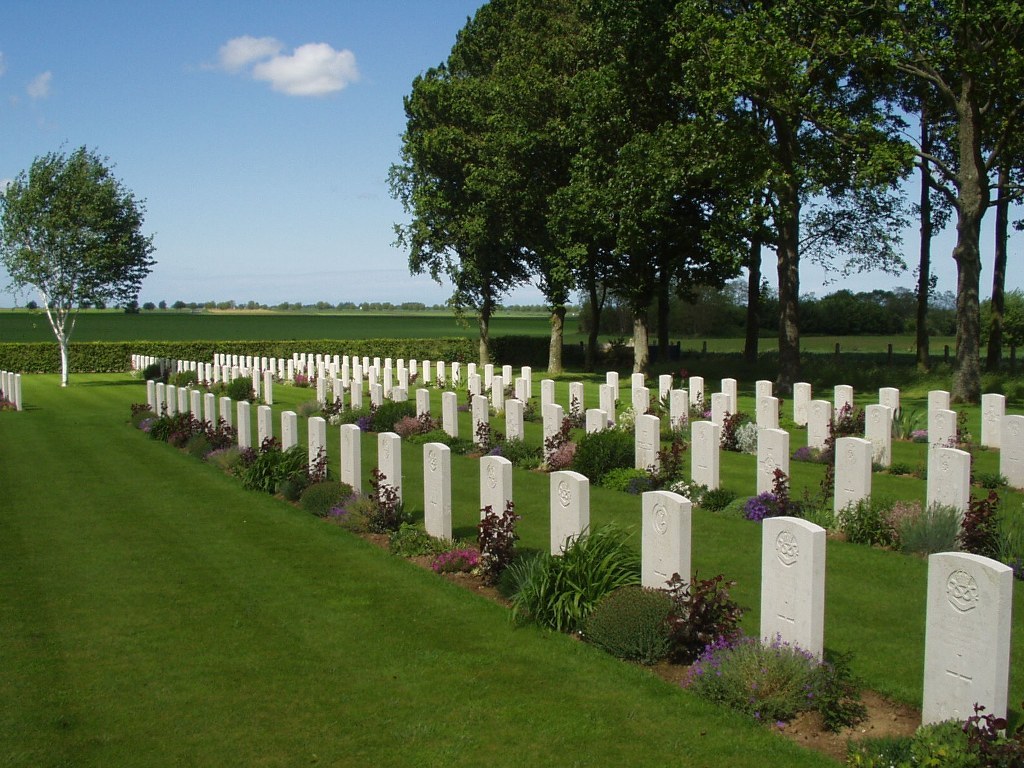 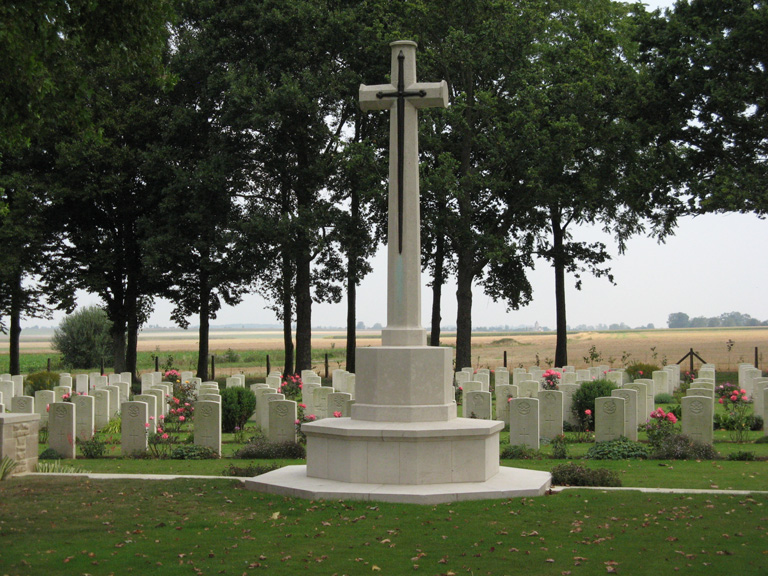 The village of Fontenay-le-Pesnel lies 16 kilometres west of Caen on the main road (the D9) towards Caumont l'Evente. The cemetery is 1 kilometre south-east of the hamlet of St Martin (on the D139 to Grainville); on reaching a large memorial to the 49th (West Riding) Division, turn down the track opposite the memorial which leads directly to the cemetery.

The Allied offensive in north-western Europe began with the Normandy landings of 6 June 1944. Fontenay-le-Pesnel War Cemetery contains the graves of men who died in the fighting to the west and south-west of Caen in June-July 1944. There are particularly large numbers of graves of the South Staffordshire, East Lancashire, Royal Warwickshire Regiments, and the Durham Light Infantry. The cemetery contains 460 Commonwealth burials of the Second World War. There are also 59 German graves.