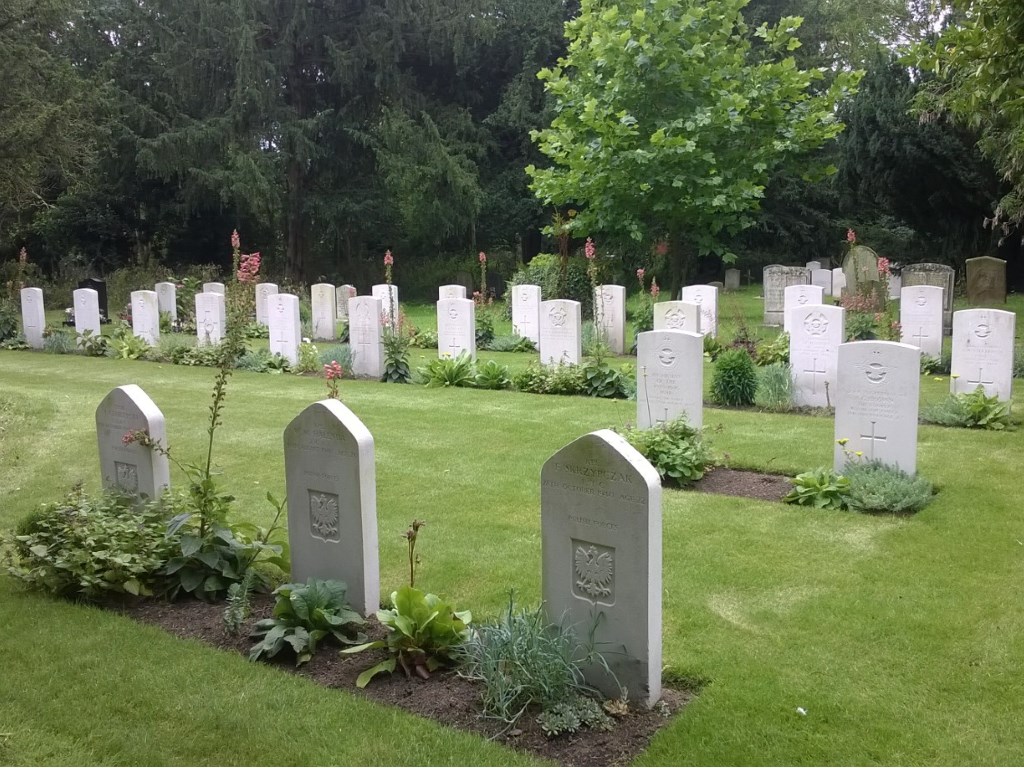 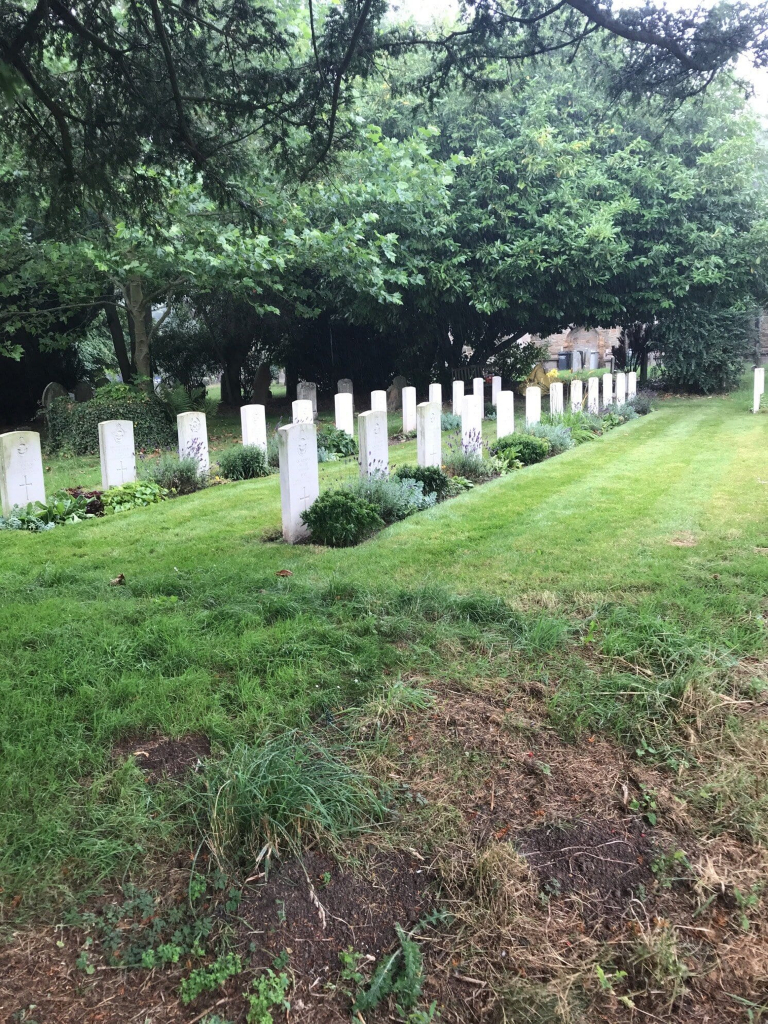 Manby, a village 7 kilometres south-east of Louth, is a Royal Air Force Training Station. During the 1939-1945 War, when it was the home of No. 1 Air Armament School, a section of the churchyard, which is on the main road from Louth to Alford, was set aside for service burials. All save 1 of the casualties buried there were airmen, and 24 of the burials are in this small war graves plot. The total number of burials is 29, made up by 20 airmen of the Royal Air Force, 2 of whom are not identified; 1 member of the Air Training Corps; 3 airmen of the Royal Canadian Air Force; 1 airman of the Royal Australian Air Force; 1 airman of the Royal New Zealand Air Force and 3 Polish airmen.