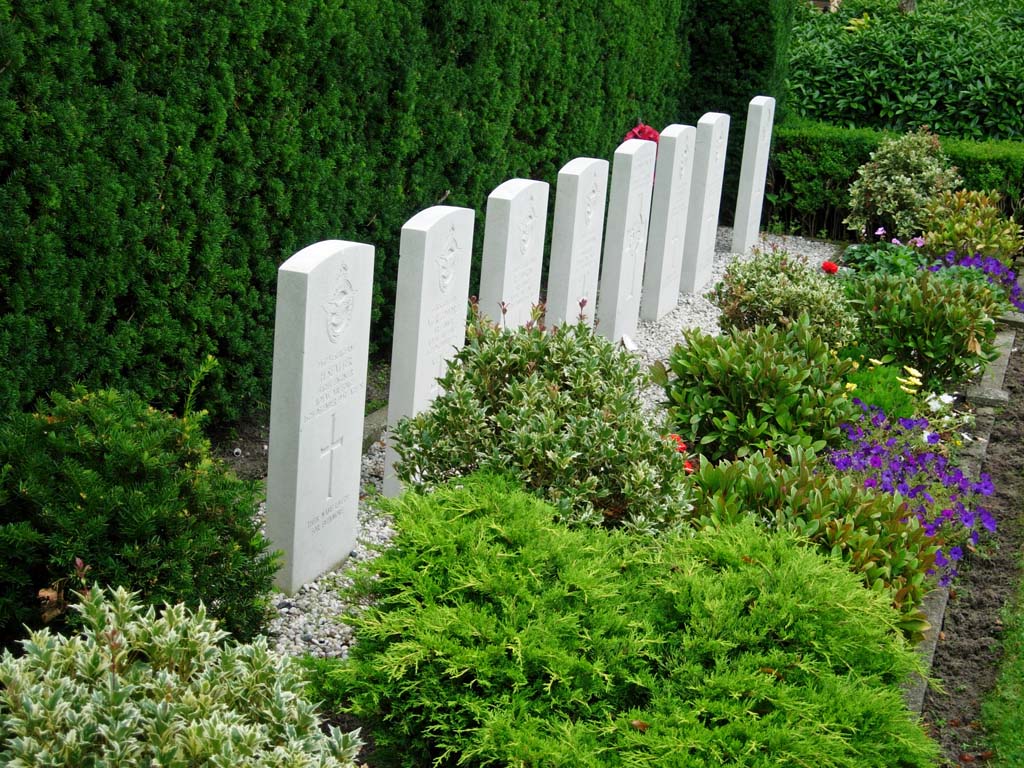 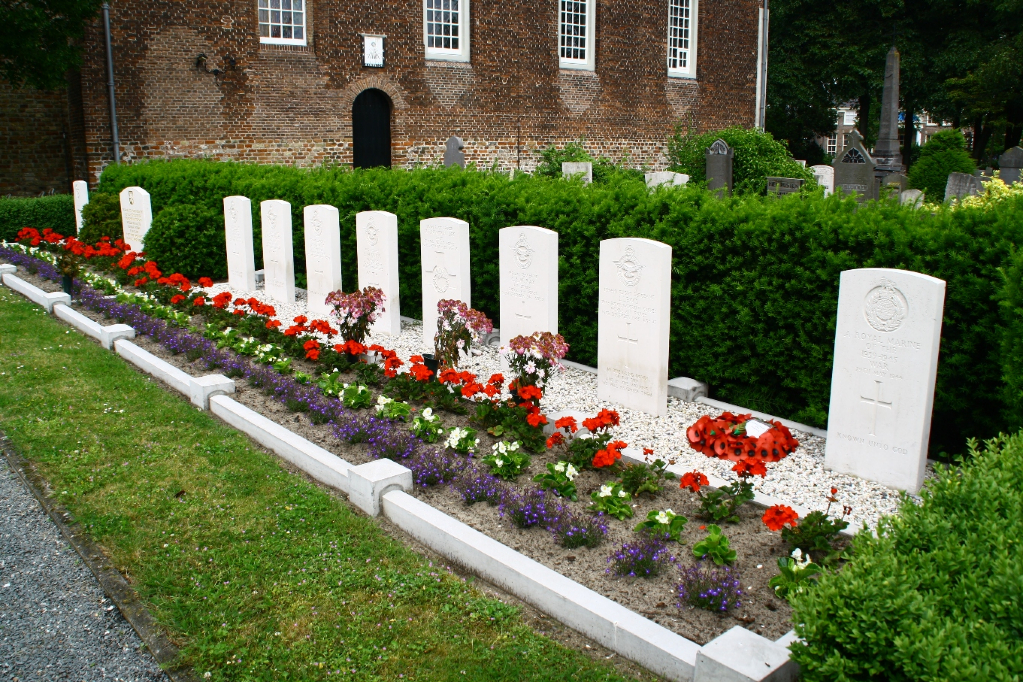 Heemskerk is 17 kilometres north of Haarlem, and 24 kilometres north-west of Amsterdam. The churchyard, which is located in Kerkweg on the corner of Kerkplein, surrounds the Protestant church in the centre of the village. The Commonwealth war graves are in the southern part of the cemetery, close to the entrance.