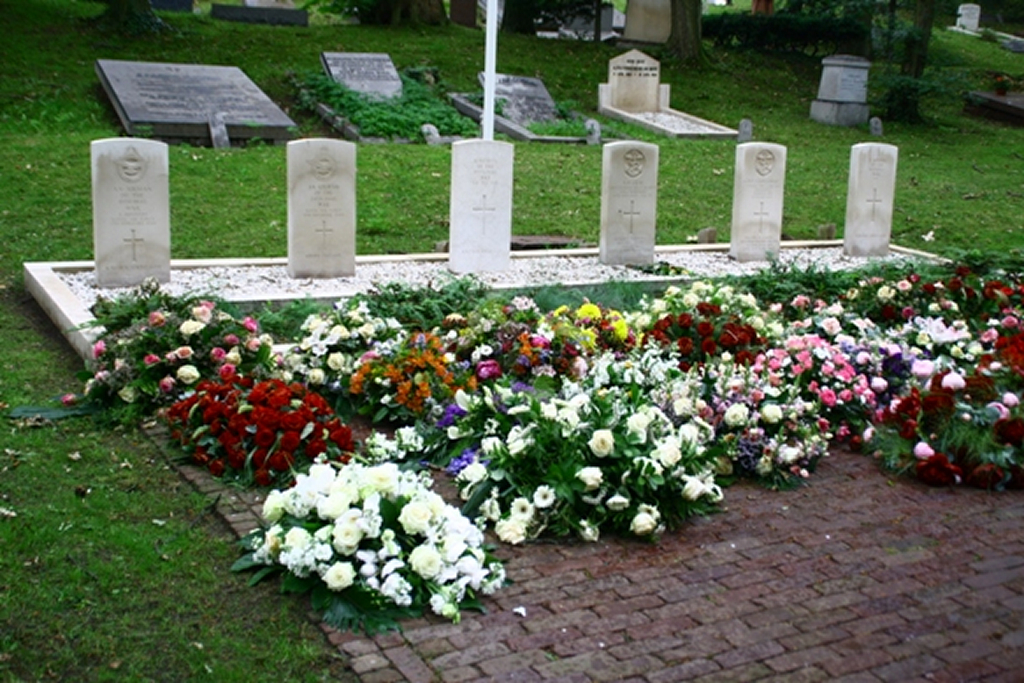 Driehuis-Westerveld is a village in the commune of Velsen and is 13 kilometres north of Haarlem. It lies 3 kilometres west of the main Haarlem-Den Helder road and 2 kilometres south of the road to Ijmuiden. The cemetery is located in Duin en Kruidbergerweg by the junction of Driehuizerkerkweg. In the north-eastern part is a plot of graves in which are buried sailors, soldiers and airmen from the United Kingdom. The soldiers and sailors are not identified. In the north-western part, close to the crematorium, is the grave of a Dutch airman who served with the royal Air Force.