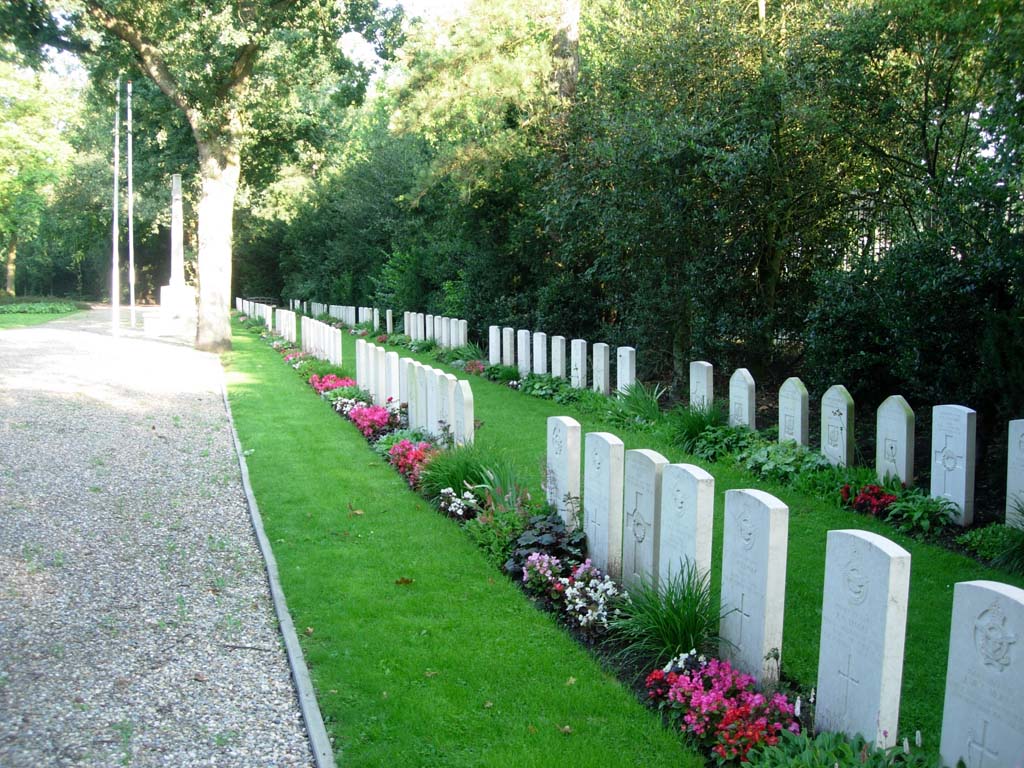 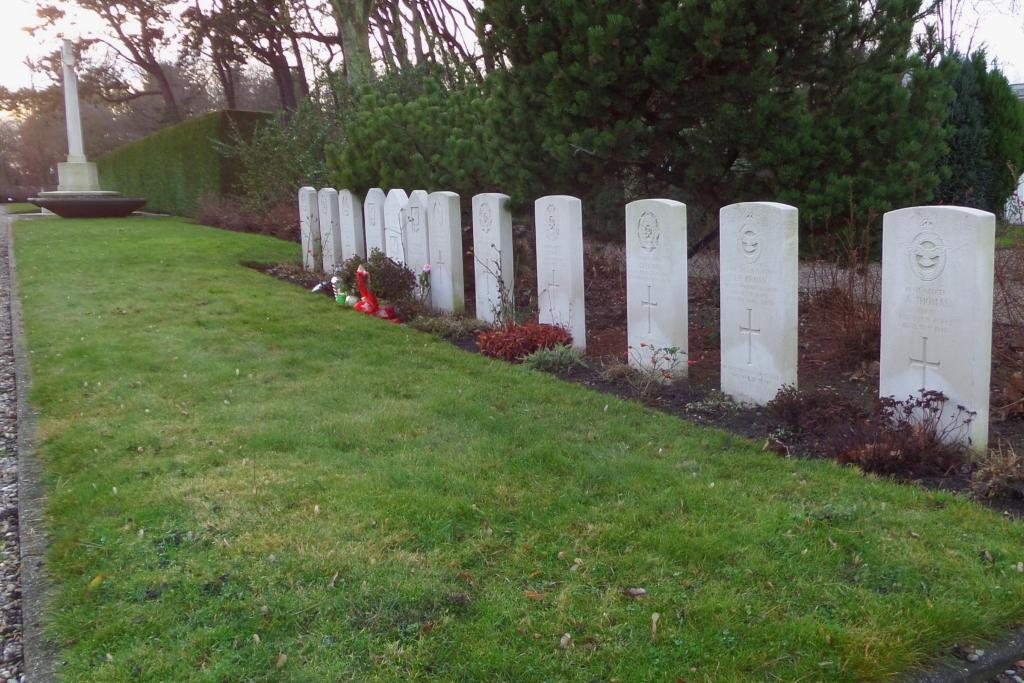 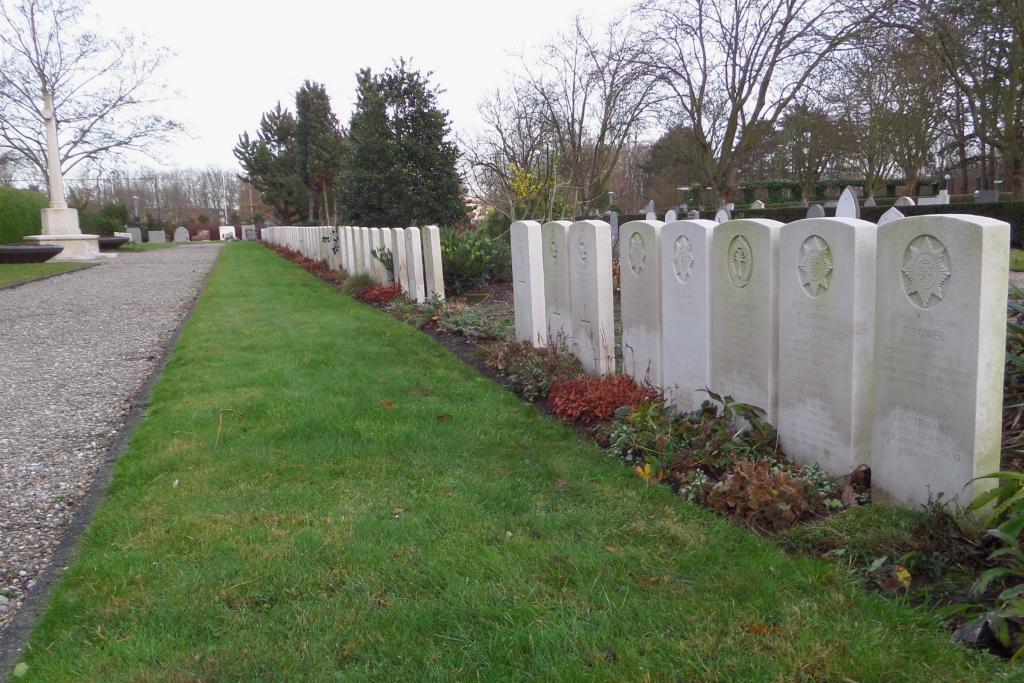 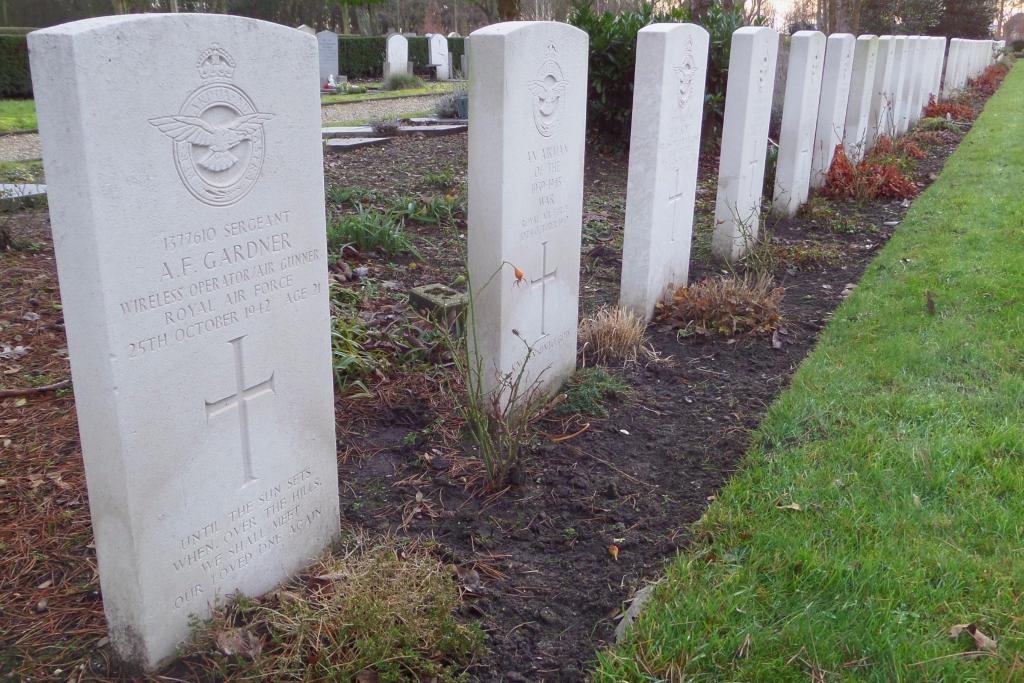 Cemetery Address: Kerkhofweg 6 3151TN Hoek van Holland GPS Location: N 51° 58' 059" E 04° 07' 025" The Hook of Holland is situated to the south-west of Den Haag on the coast. From Rotterdam follow the A20 direction HOEK van HOLLAND till the end and then follow the N220 (this is the MAASDIJK) direction HOEK van HOLLAND to its end. Turn left and follow signs for CENTRUM (this is the DIRK van den BURGWEG) after approx 5km turn left onto KERKHOFWEG (signposted ALGEMENE BEGRAAFPLAATS) the cemetery is along here on the right hand side. The Commonwealth War Graves plot is to the right of the entrance.

Few Commonwealth troops were in the Netherlands during the 1940 invasion by the Germans, but a small force composed of Royal Marines and Irish and Welsh Guards landed at The Hook of Holland on May 12 and 13, to assist in safeguarding the Dutch Government. It was from this port that, on May 13, Queen Wilhelmina left for England on board a British destroyer. Heavy air raids on the small area defended by our forces caused many casualties, and speedily rendered the position untenable without considerable reinforcements. These could not be spared, and on May 14, the force was evacuated and returned to Dover. A portion of the Hook of Holland General Cemetery was set aside by the local authorities for the graves of soldiers killed in action and the first Commonwealth burials were of soldiers killed in the air raids of 13 May 1940. Two airmen shot down on 12 May 1940, and originally buried near their crashed plane, were moved into the cemetery a fortnight later. Thereafter during the war, casualties washed ashore on the neighbouring beaches, and airmen brought down in the neighbourhood were buried in this cemetery. There were American, Canadian and French servicemen among them, but these have since been moved to other cemeteries. The cemetery now contains a plot of 69 Commonwealth burials of the Second World War, nine of them unidentified. There are also five Polish war graves.