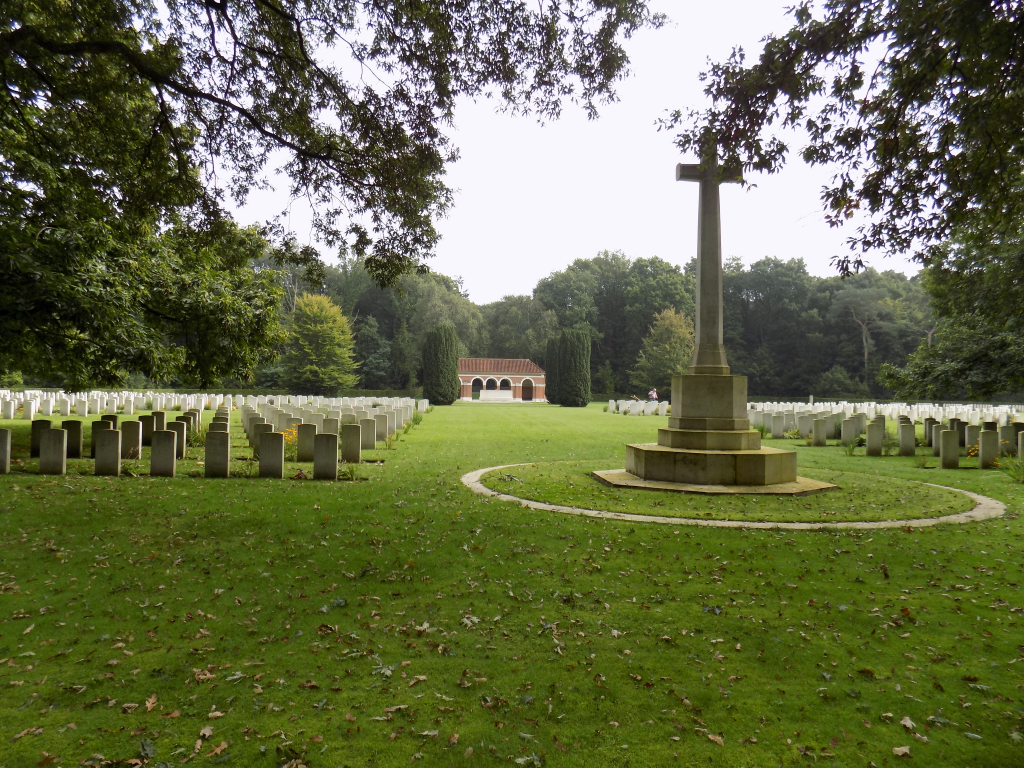 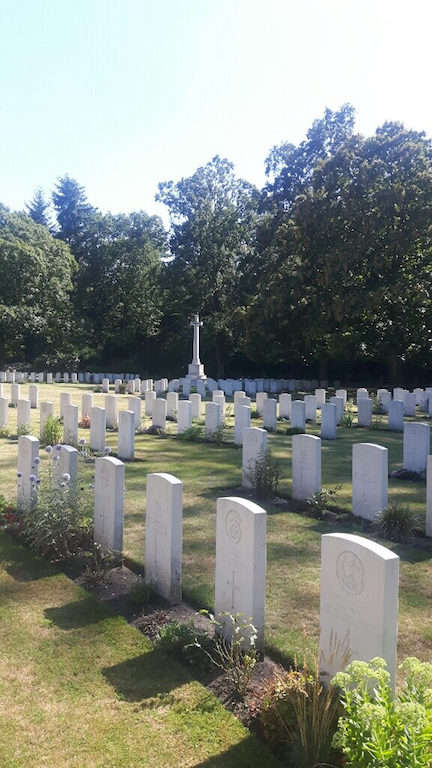 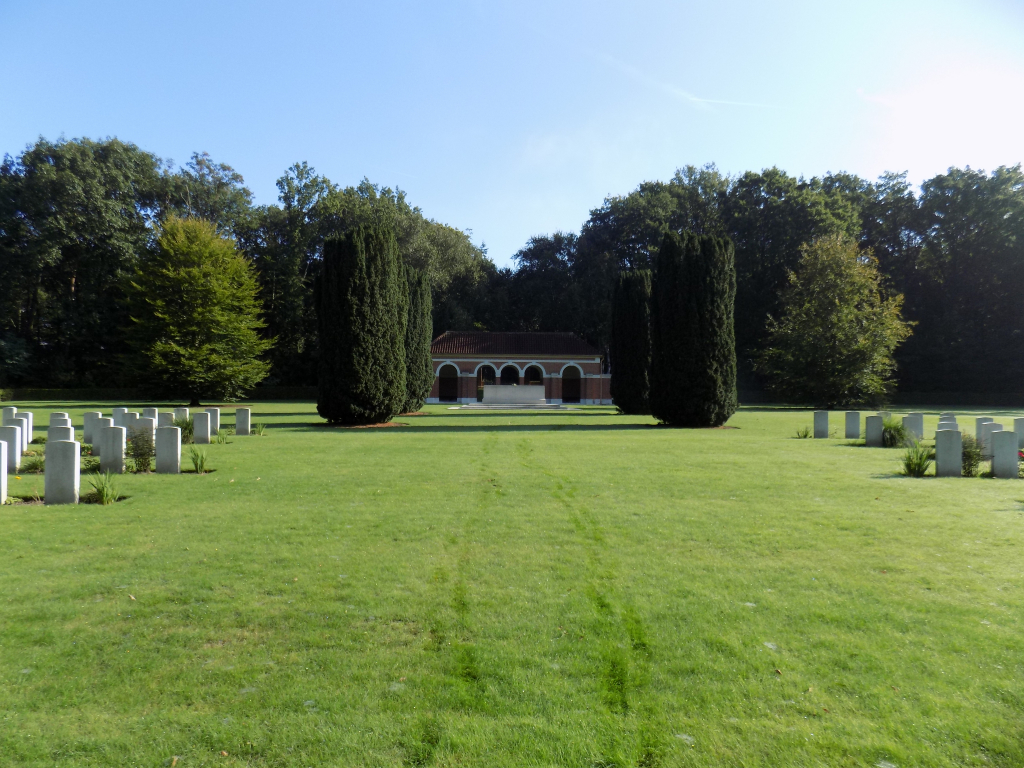 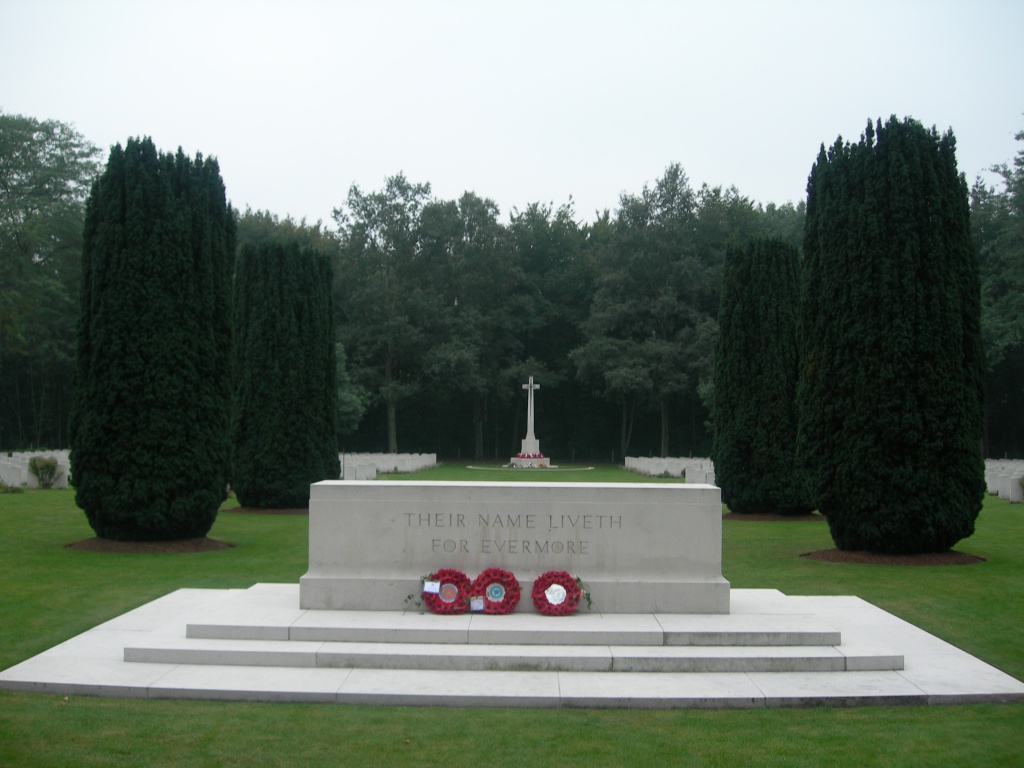 The Netherlands fell to the Germans in May 1940 and was not re-entered by Allied forces until September 1944.

Nijmegen was a front line town from 17 September 1944 until February 1945. An initial temporary cemetery was created by No. 3 Casualty Clearing station, in a wooded area known as Jonkers Bosch, from which it took its name. The war cemetery was established, after the war, nearby.

Jonkerbos War Cemetery contains 1,629 Commonwealth burials of the Second World War, 99 of them unidentified, and 13 war graves of other nationalities.