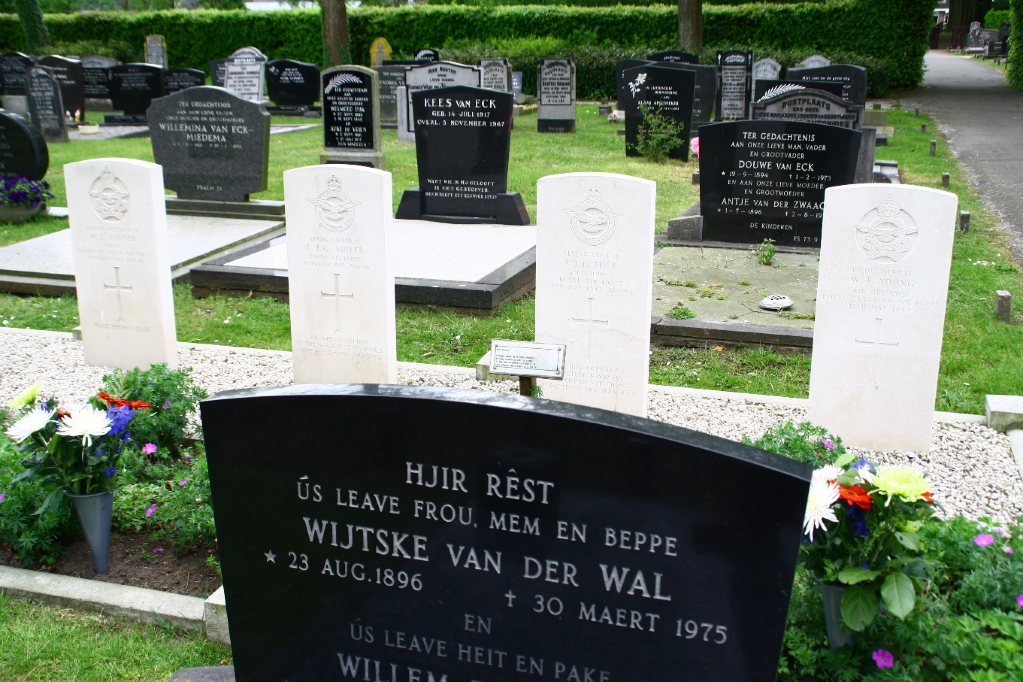 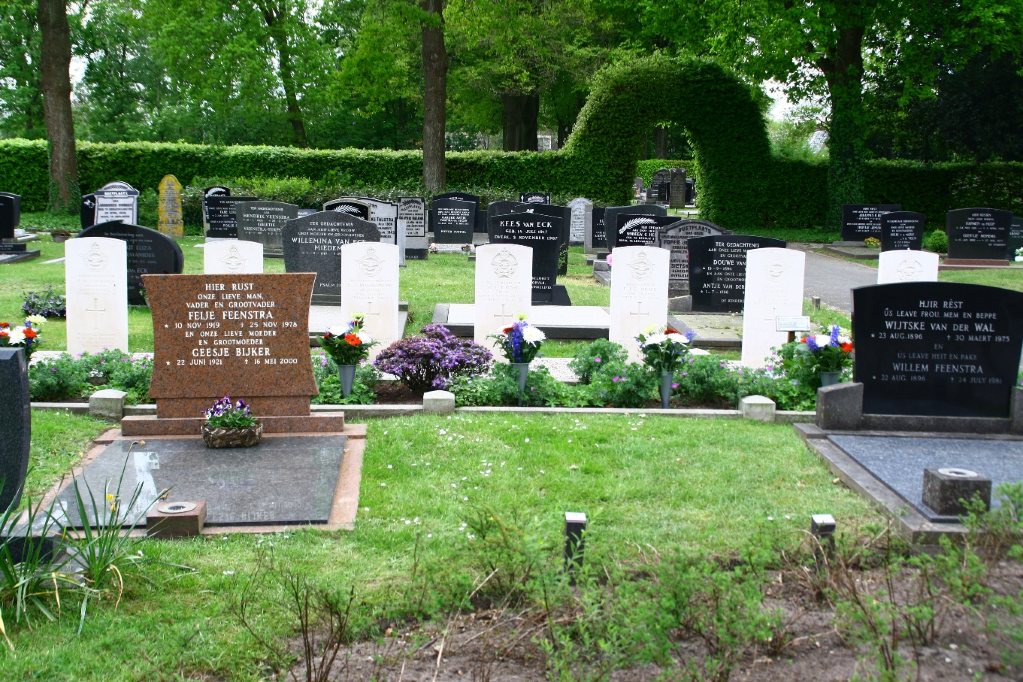 Damwoude, a village in the commune of Dantumadeel, is 5 kilometres south of Dokkum and 24 kilometres north-east of Leeuwarden, which is the most convenient centre. The cemetery is about 280 metres from the centre of the village, on the eastern side of the road to Leeuwarden, located in the Hoofdweg and the entrance is between house numbers 103 and 105. In the south-eastern part are the graves of eight airmen, six of whom belonged to the Royal Air Force and two to the Royal Canadian Air Force.