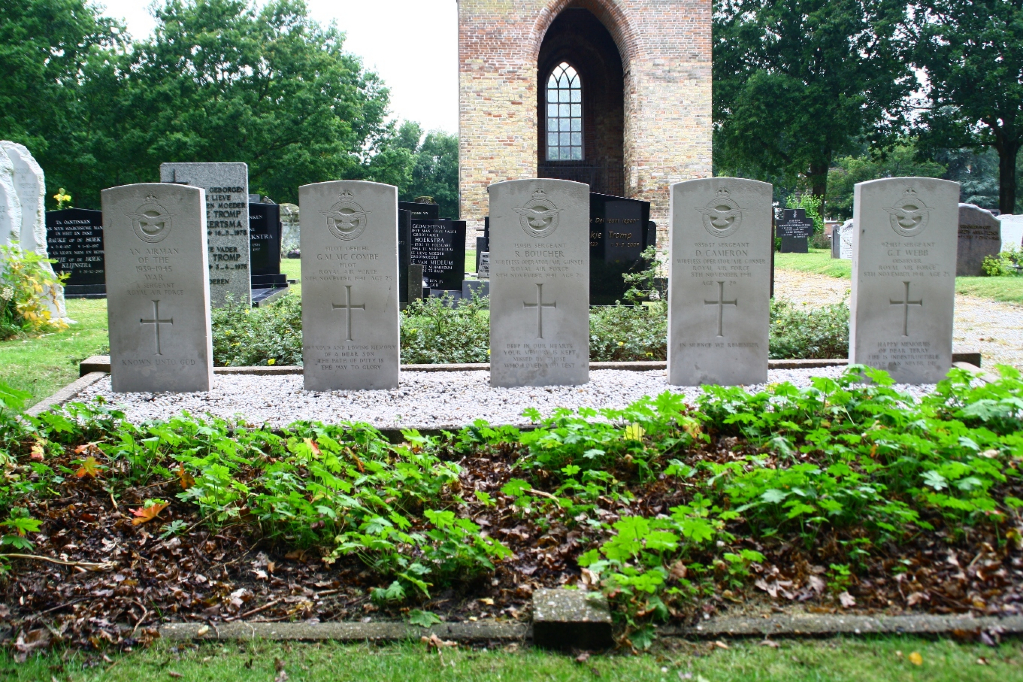 Nijemirdum, a village in the commune of Gaasterland, is on the southern Friesland coast. It is 28 kilometres south of Sneek and 16 kilometres west of Lemner. The cemetery, which surrounds a 16th-century tower, is on the north-eastern outskirts of the village, on the road to Lemmer. East of the tower are the graves of nine airmen, six of whom came from the United Kingdom while three belonged to the Royal Canadian Air Force. Two of the former are not identified.

This cemetery has two unidentified burials.