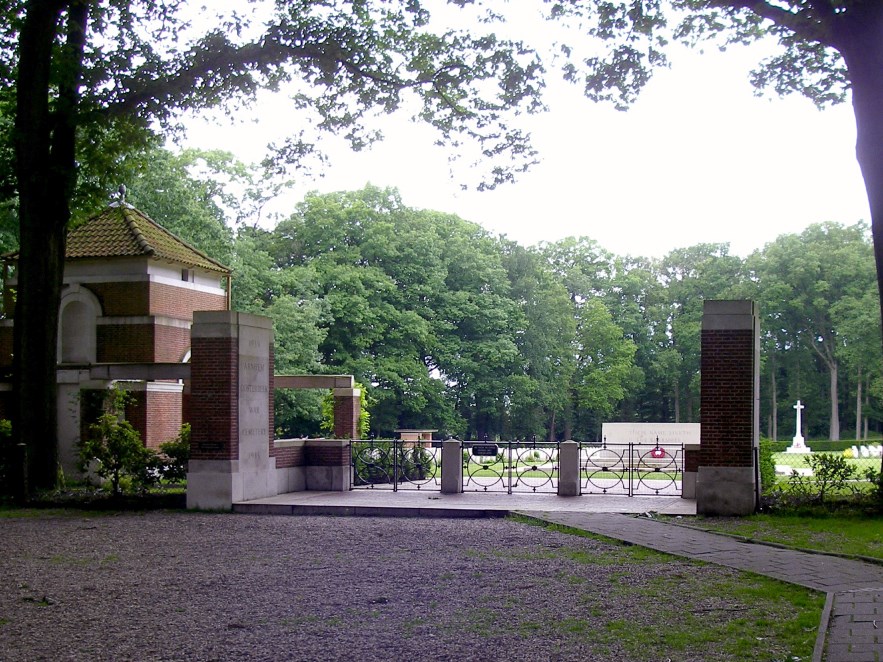 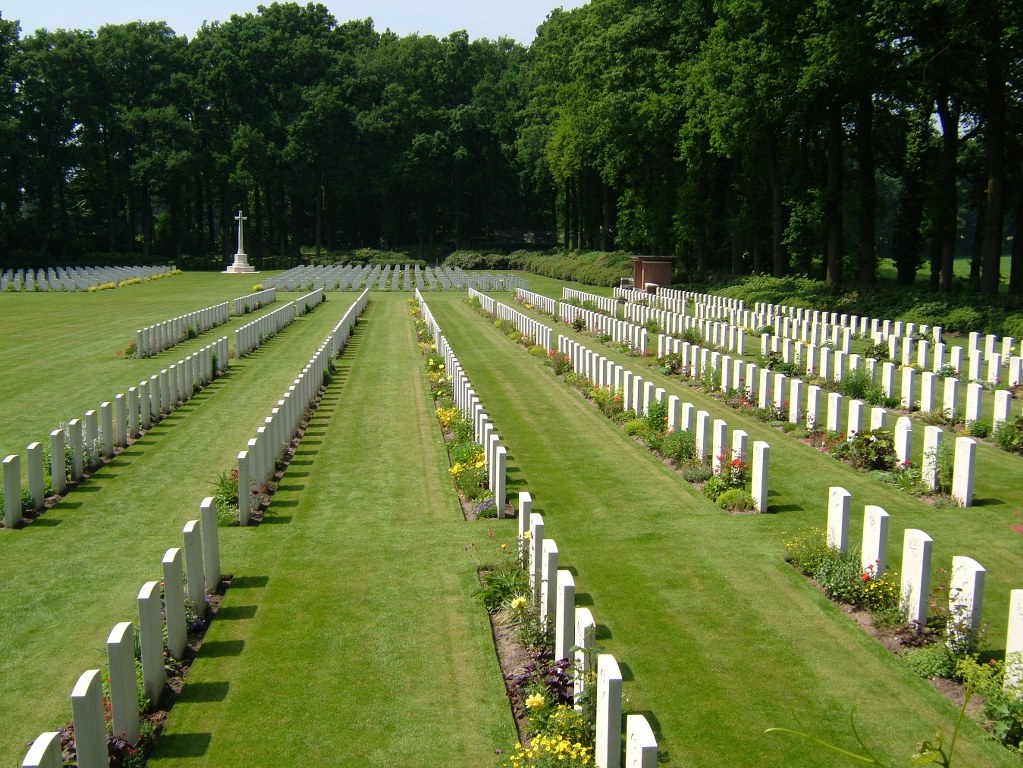 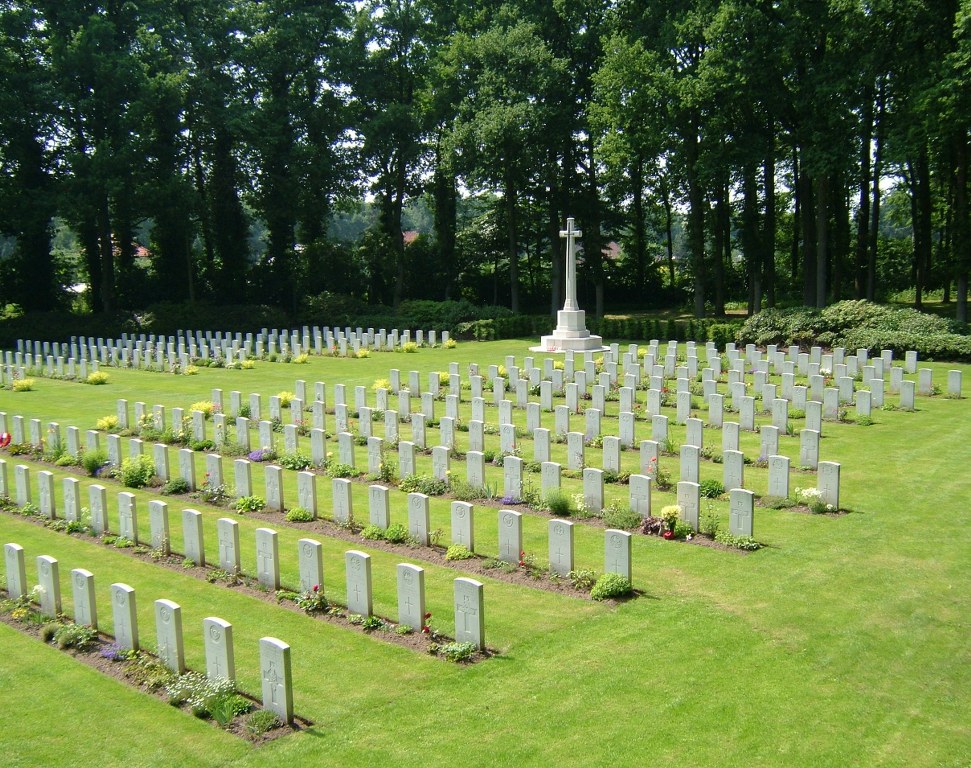 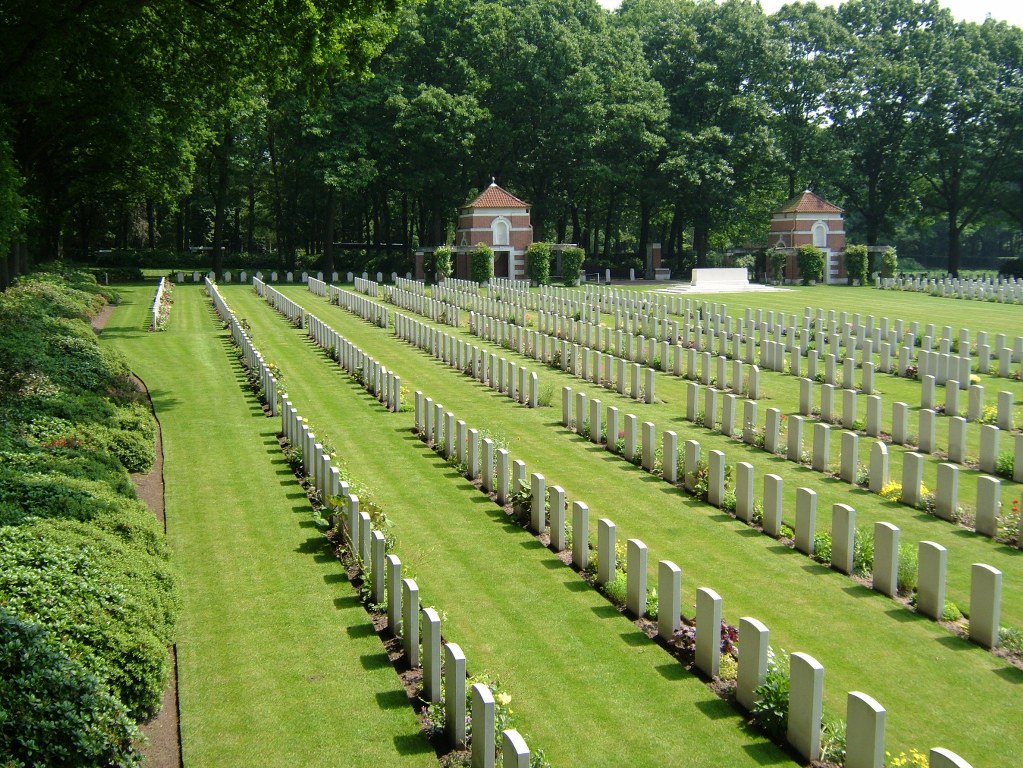 The city of Arnhem is in the east of the Netherlands, the village of Oosterbeek is 7kms west of Arnhem. From the A12 motorway DEN HAAG to ARNHEM take exit 25 (Afrit 25) N224 OOSTERBEEK / WOLFHEZE. Follow the signs for OOSTERBEEK. After approx 3.5kms turn right (CWGC Sign) onto the DREYENSEWEG. Continue for approx 2kms and turn left (CWGC sign) onto VAN LIMBURG STIRUMWEG. After approx 1km the cemetery can be found on the left side. The cemetery address is:- Van Limburg Stirumweg 6861 WL Oosterbeek Netherlands GPS Location is:- N 51 59 35 E 05 50 54

Following the Normandy landings of June 1944, the Allied advance through northern Europe was extraordinarily rapid and on 11 September 1944, the Second Army entered the Netherlands just south of Eindhoven, the first Allied troops to set foot in the country since its fall in May 1940.

Their next aim was to cross the Rhine before the Germans had time to reorganise after their recent setbacks, securing crossings over the rivers and canals that stood in their path at Grave, Nijmegen and Arnhem. 'Operation Market Garden' would involve the United States 82nd and 101st Airborne Divisions, the Commonwealth 1st Airborne Division and the Polish Parachute Brigade.

On 17 September 1944, the 1st Airborne Division began landing west of Arnhem, but German resistance, bad weather and problems with supplies and reinforcements led to heavy losses, and their objectives were not taken. They were forced to form a perimeter at Oosterbeek which they held stubbornly until 25 September, when it was decided to withdraw the remnants of the division across the lower Rhine.

There are now 1,684 Commonwealth servicemen of the Second World War buried or commemorated in the cemetery. 243 of the burials are unidentified and two casualties are commemorated by special memorials. There are also 79 Polish, three Dutch and four non-war (including three former Commission employees) graves in the cemetery.