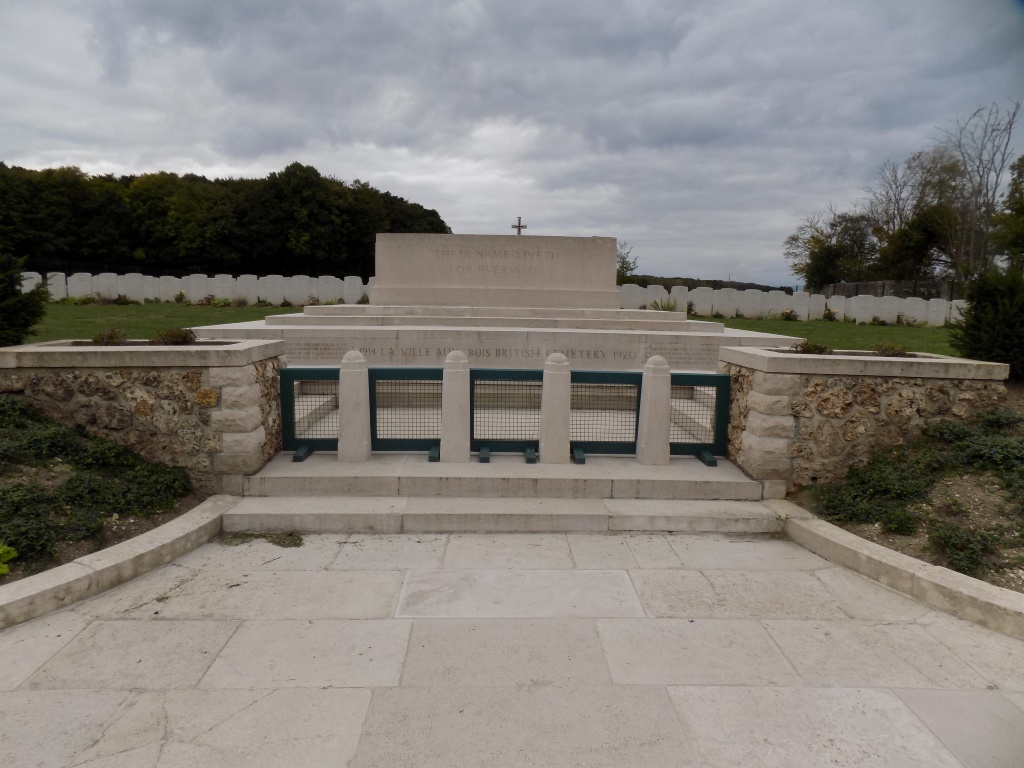 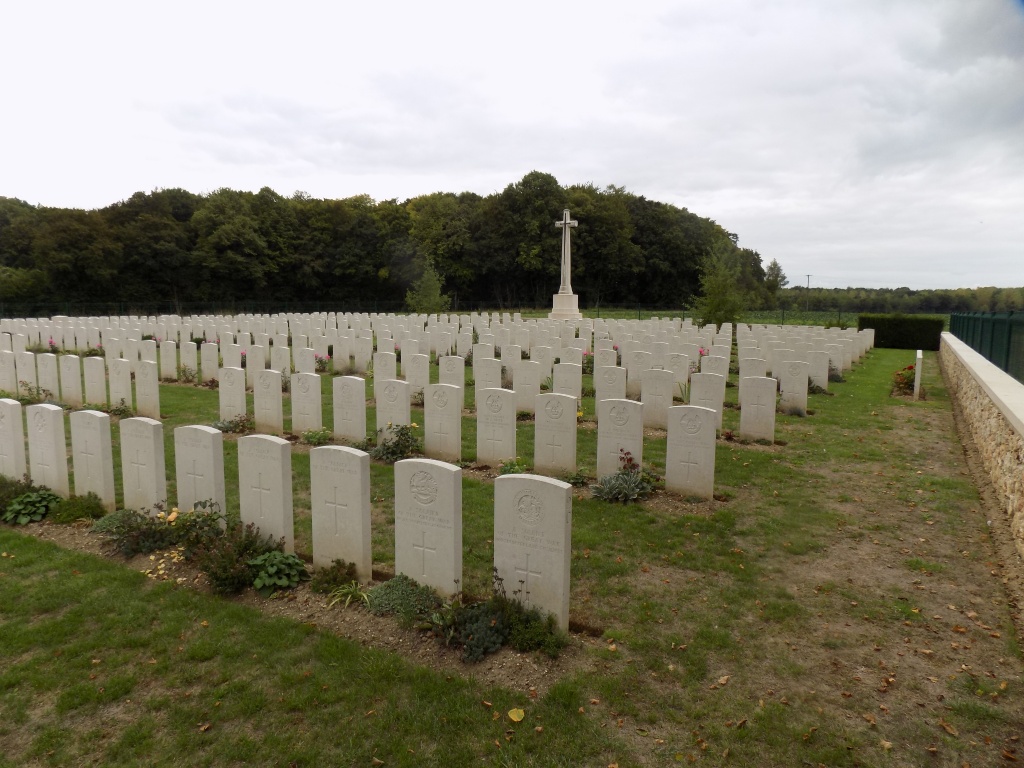 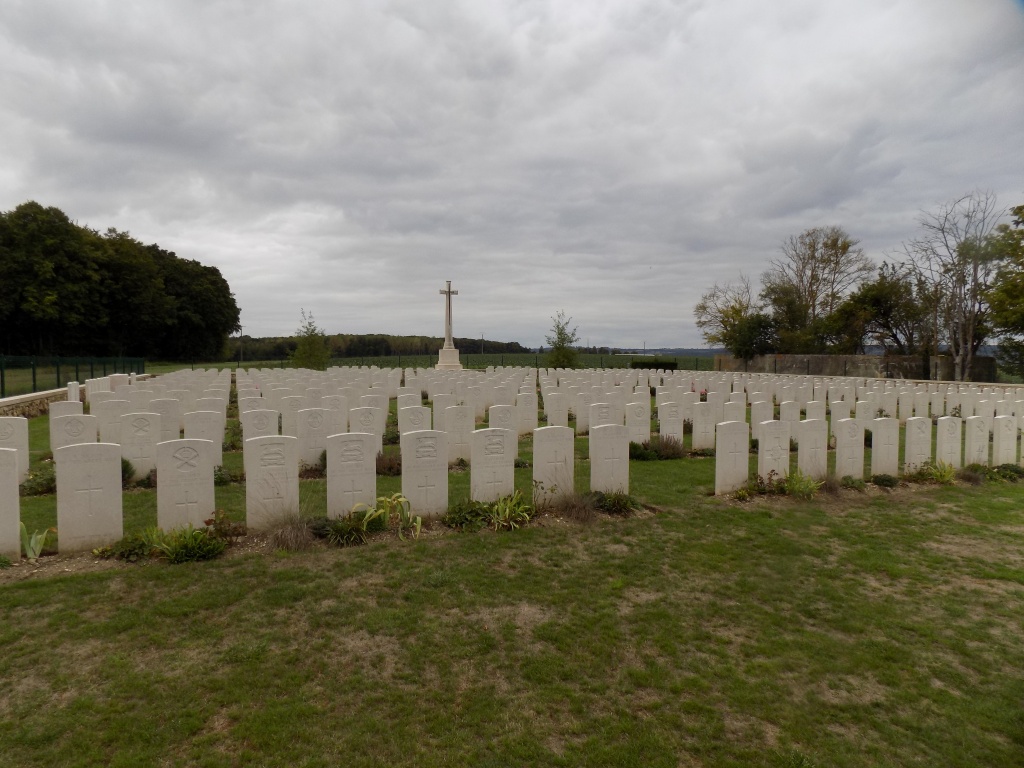 La-Ville-Aux-Bois-Les-Pontavert village was captured by the French, after severe fighting, in April 1917; and on the 27th May 1918, the 50th Division was driven from the high ground behind it, in the Battle of the Aisne. The 2nd Devons and the 5th Battery, 45th Brigade, R.F.A., won the Croix de Guerre for their devoted courage on this occasion, and a granite cross, erected by the Devonshire Regiment, stands on the main road near the place where the Battalion was annihilated. The village was completely destroyed.

The British Cemetery was made after the Armistice by the addition of isolated graves from a wide area and from the following cemeteries:-

There are now 564 Commonwealth burials of the 1914-18 war commemorated here, of which 413 are unidentified. There is also 2 burials of the 1939-45 war, 1 being an airman of the United Kingdom and 1 being a French Foreign National. Special memorials are erected to four United Kingdom soldiers, known or believed to be buried among them. Other special memorials record the names of 18 others, buried in certain German Cemeteries, whose graves could not be found.

The cemetery covers an area of 1,700 square metres and is enclosed on three sides by a low rubble wall.