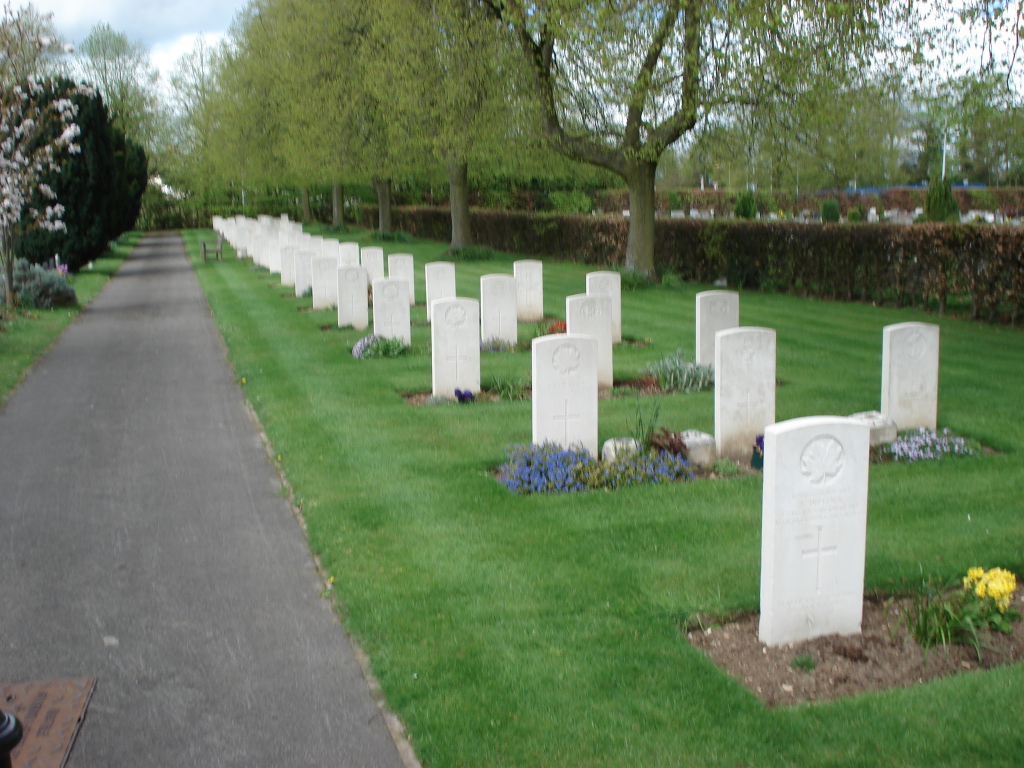 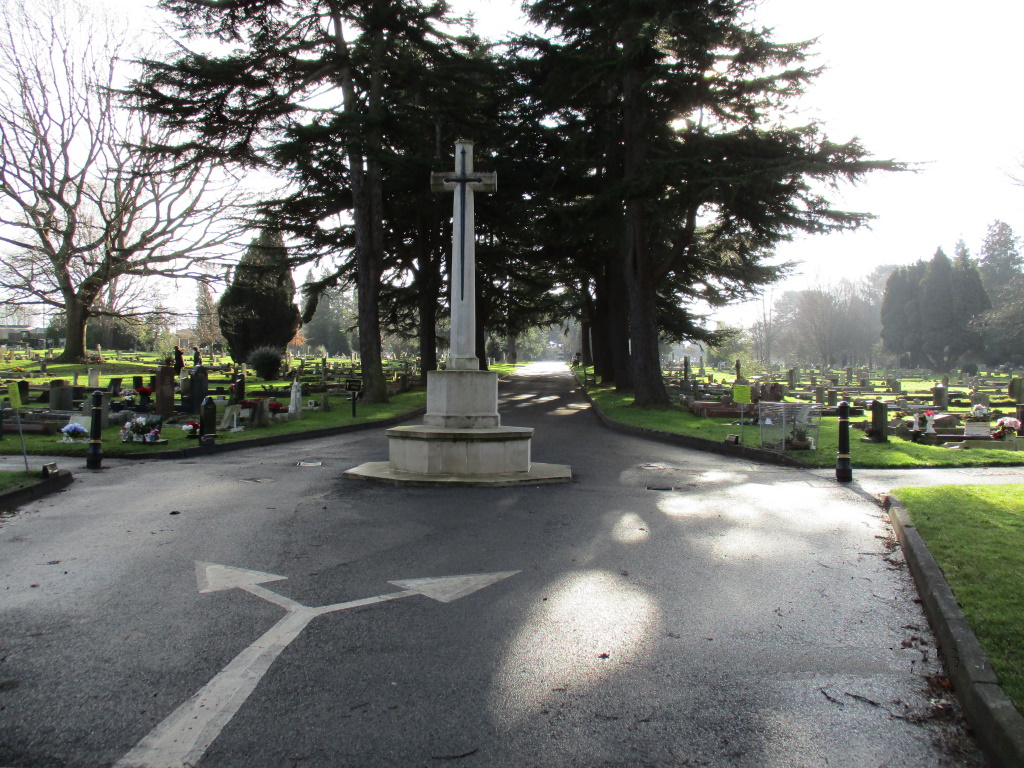 This cemetery, which belongs to the Borough Council, contains war graves of both World Wars. There are 28 1914-1918 War graves. 19 of these belong to the Canadian forces due to the fact that the 4th Canadian General Hospital was based in Basingstoke from September 1917 to June 1919. All except seven are in a special plot at the far end of Plot A, to the right of the main entrance. During the early months of the 1939-1945 War ground immediately adjoining this plot was set aside by the local authorities for service war burials, and the whole is now a combined 1914-1918 and 1939-1945 War Graves Plot. It is enclosed by a hedge and the Cross of Sacrifice stands close by, at the junction of the main drive with the path which borders the plot. The total number of 1939-1945 War burials is 44, which includes 18 German graves. In addition there is in the plot the grave of a civilian, an ex-regular army man whose death was in no way due to war service.