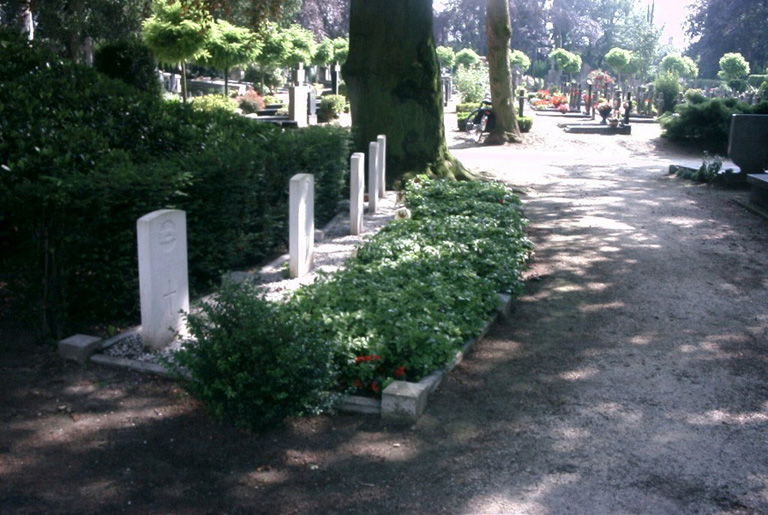 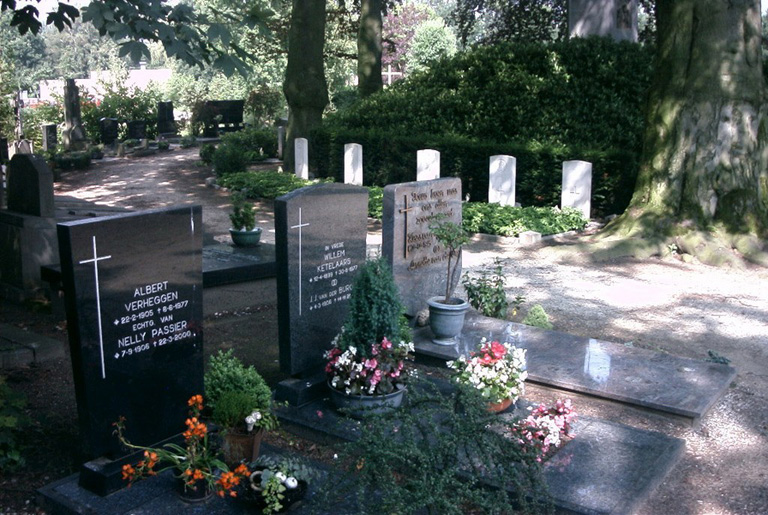 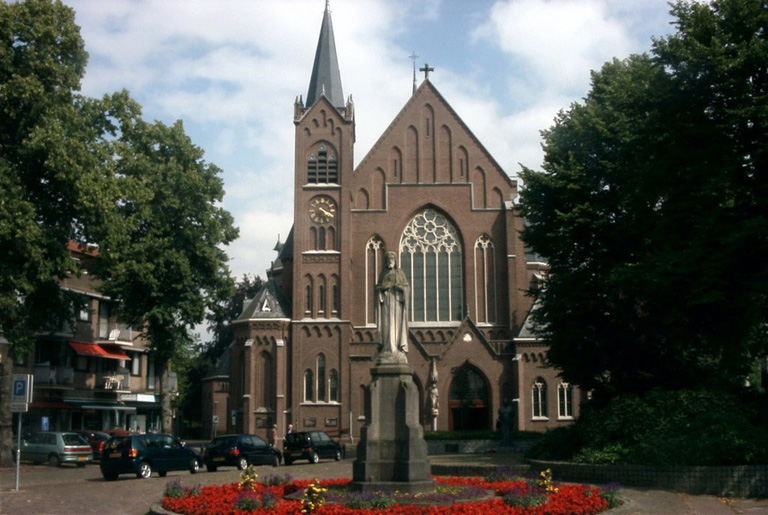 St. Oedenrode is a village 16 kilometres north of Eindhoven and about 7.5 kilometres east of the main road from Eindhoven to s'Hertogenbosch. This cemetery is in the precincts of the Roman Catholic Church, which faces the market square. The graves are in a prominent position, surrounding a high mound on the eastern side of the Cemetery. The churchyard address is:- Burchtstraat 5492 Sint-Oedenrode Noord-Brabant Netherlands

St. Oedenrode was occupied by the Germans until the arrival of the 101st American Airborne Division on September 17th, 1944, followed two days later by units of the British Army. Together British and Americans established a corridor through the commune for the passage of troops, and in this fighting there were casualties among both soldiers and civilians. A temporary hospital was set up in the Roman Catholic girls' school at Oedenrode, and the British soldiers who died there were buried in the Roman Catholic Cemetery.