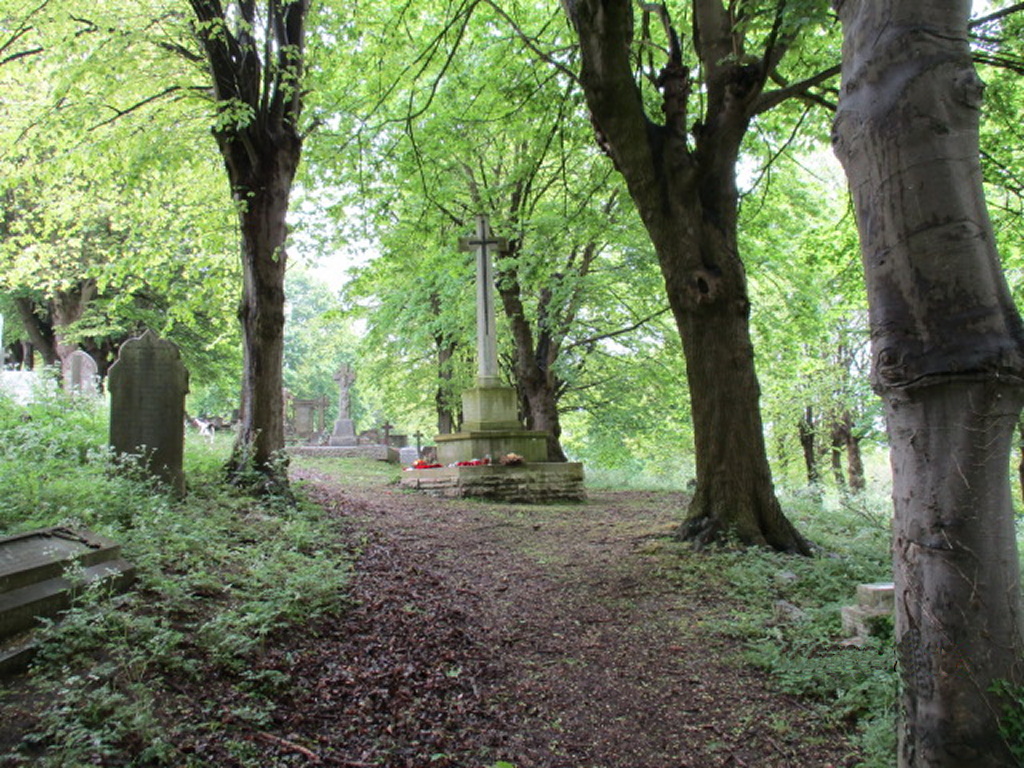 Luton is about 30 miles north-west of St. Pancras station, London. This burial ground, which is in Crawley Green Road, was purchased by public subscription in 1854 as an extension to the churchyard surrounding St. Mary's, the parish church of Luton, and is owned by Luton Church burial Ground Trustees. It contains war graves of both World Wars. The 1914-1918 War burials number 83, and are widely distributed throughout the cemetery. After the war a Cross of Sacrifice was erected on an island site on the main path, in honour of all the servicemen resting in this burial ground. There are 50 service burials of the 1939-1945 war and this total is made up by 1 sailor, 31 soldiers and 16 airmen belonging to the forces of the United Kingdom, and 2 men of the Home Guard. These graves, too, are situated in many different parts of the cemetery. Some are marked by permanent private memorials and some by headstones of the traditional Commission design.