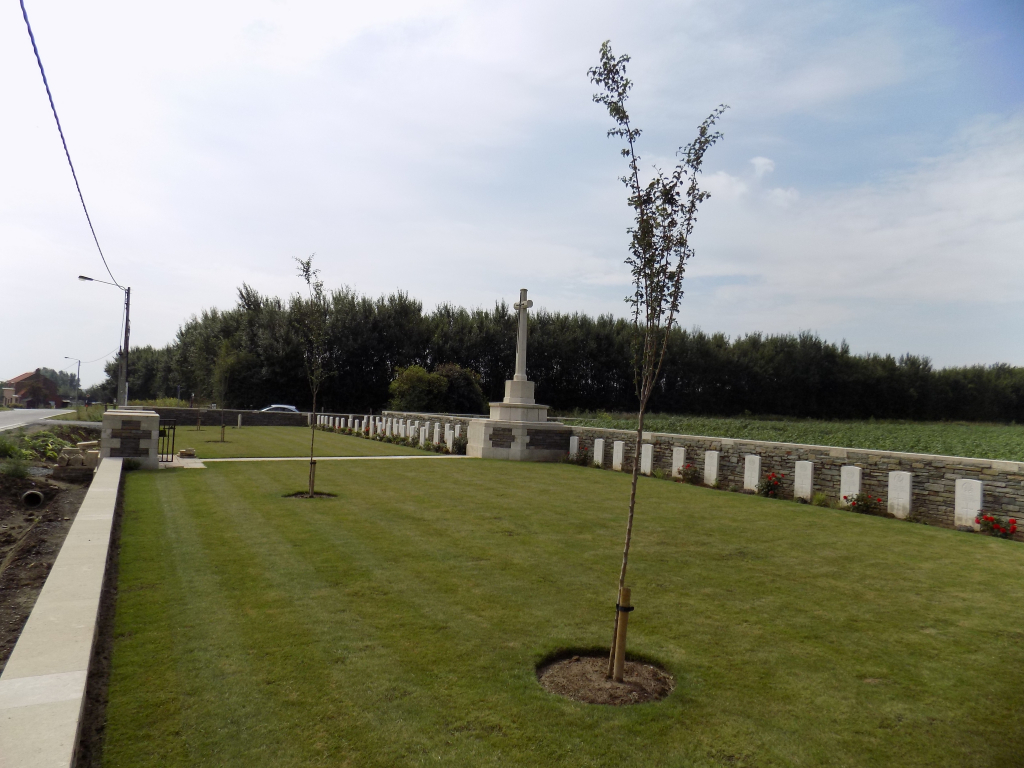 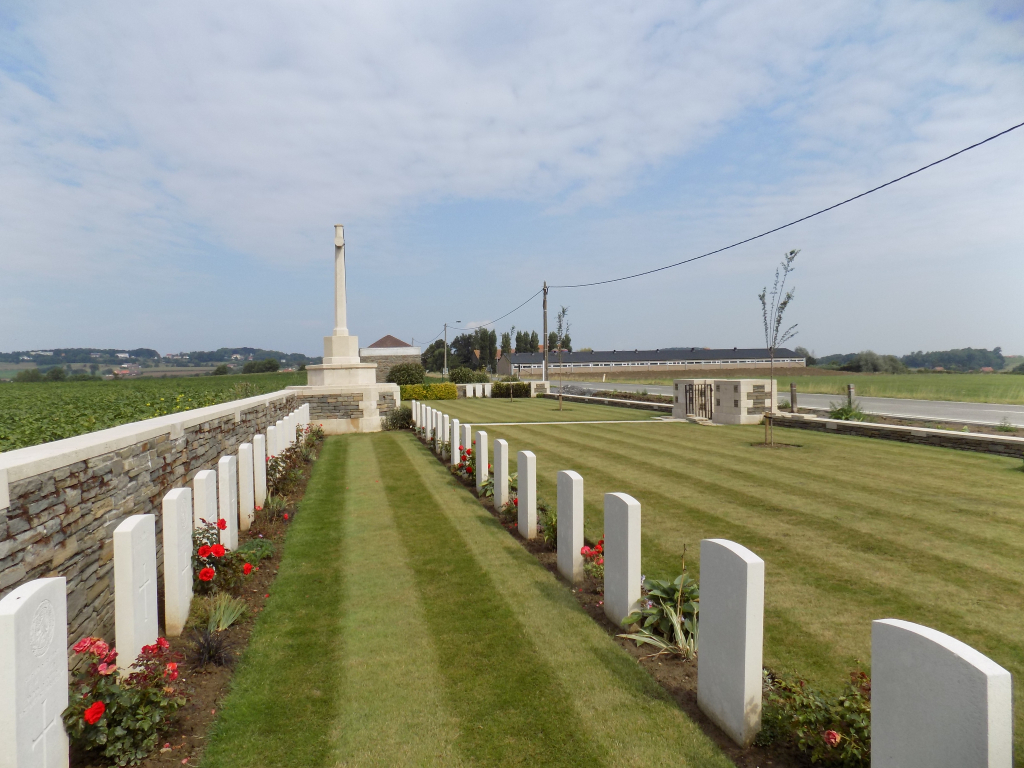 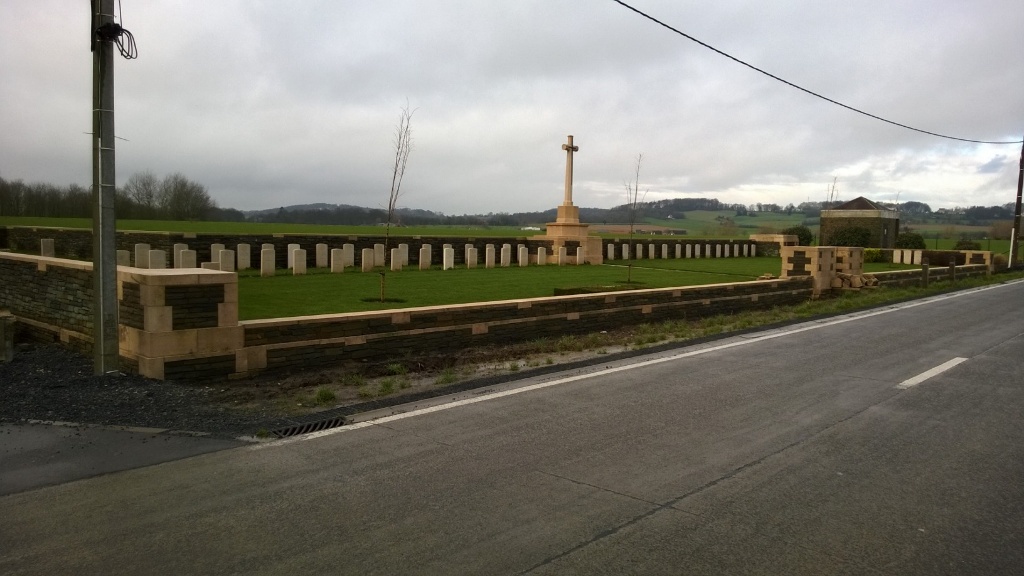 Locre (now Loker) was in Allied hands during the greater part of the war, and field ambulances were stationed in the Convent of St. Antoine. The village changed hands several times between 25 and 30 April 1918, when it was recaptured by the French. The hospice, or convent, was the scene of severe fighting on 20 May, but was not retaken until first week in July.

Locre No.10 Cemetery is one of a number made by the French troops in the Spring of 1918, but the graves of 248 French soldiers were later removed to another burial ground. The Commonwealth and German graves were brought into the cemetery from the battlefields after the Armistice.

The cemetery now contains 58 Commonwealth burials and commemorations of the First World War. 14 of the burials are unidentified but there are special memorials to three casualties known or believed to be buried among them. Only three of the 75 German burials are identified.