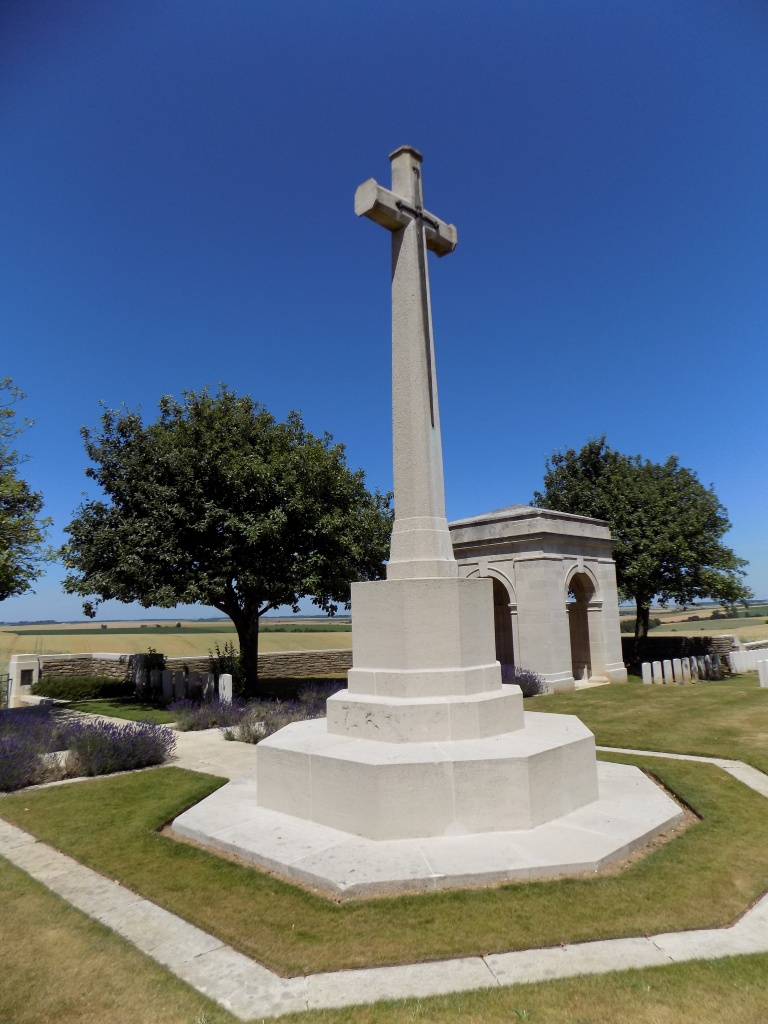 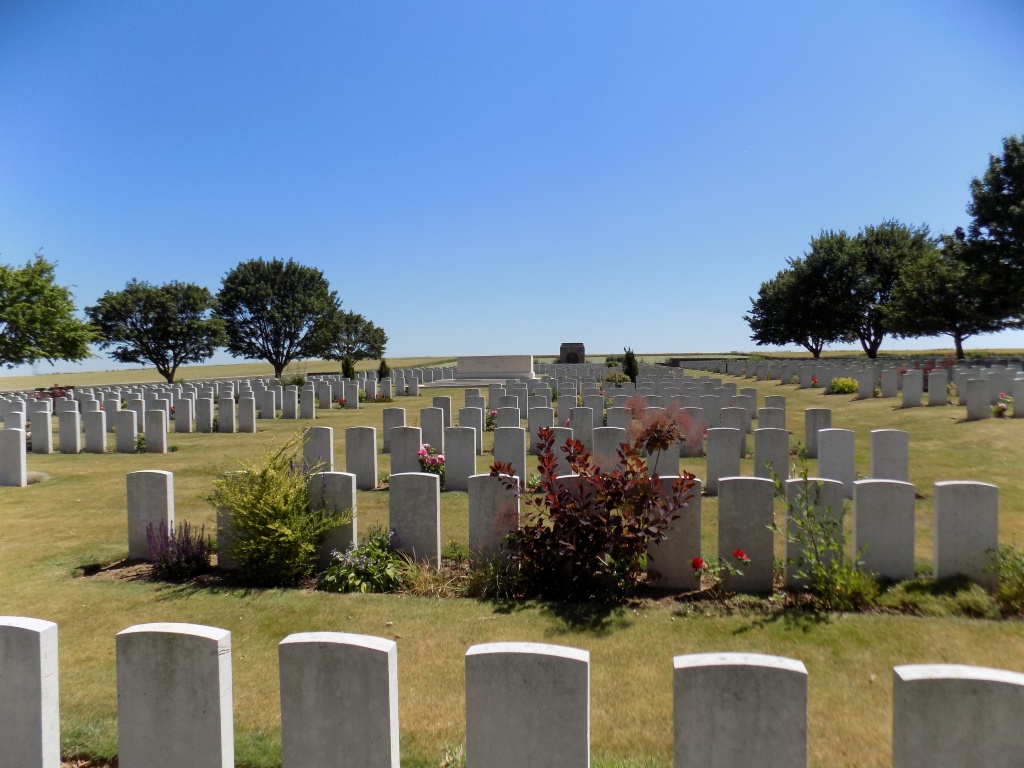 PLEASE NOTE: Many of these graves in this cemetery contain more than one burial and where two names are shown on the one headstone, it is necessary to count the individual names in order to find the correct grave location. The location or design of this site makes wheelchair access impossible. For further information regarding wheelchair access, please contact our Enquiries Section on 01628 507200.

On 1 July 1916, the first day of the Battle of the Somme, Grandcourt village was reached by part of the 36th (Ulster) Division, but it was not until the German withdrawal to the Hindenburg Line, early in February 1917, that it was occupied by patrols of the Howe Battalion, Royal Naval Division. To the south-east of it is Courcelette, taken by the 2nd Canadian Division on 15 September 1916. Regina Trench was a German earthwork, captured for a time by the 5th Canadian Brigade on 1 October 1916, attacked again by the 1st and 3rd Canadian Divisions on 8 October, taken in part by the 18th and 4th Canadian Divisions on 21 October, and finally cleared by the 4th Canadian Division on 11 November 1916. The original part of the cemetery (now Plot II, Rows A to D) was made in the winter of 1916-1917. The cemetery was completed after the Armistice when graves were brought in from the battlefields of Courcelette, Grandcourt and Miraumont; most date from October 1916 to February 1917. Two considerable groups of scattered graves, classed as cemeteries, were concentrated in to Regina Trench Cemetery:- COURCELETTE ROAD CEMETERY, MIRAUMONT, was on the West side of West Miraumont Road, between Courcelette and Miraumont, and in it were buried soldiers from Canada and from the United Kingdom, who fell in September-November 1916. MIRAUMONT BRITISH CEMETERY, on the East side of the same road, contained the graves of soldiers from Canada and from the United Kingdom, who fell in September-December 1916. Regina Trench Cemetery now contains 2,279 burials and commemorations of the First World War. 1,077 of the burials are unidentified, but there are special memorials to 14 casualties believed to be buried among them. One American airman is also buried in the cemetery. The cemetery was designed by Sir Herbert Baker.