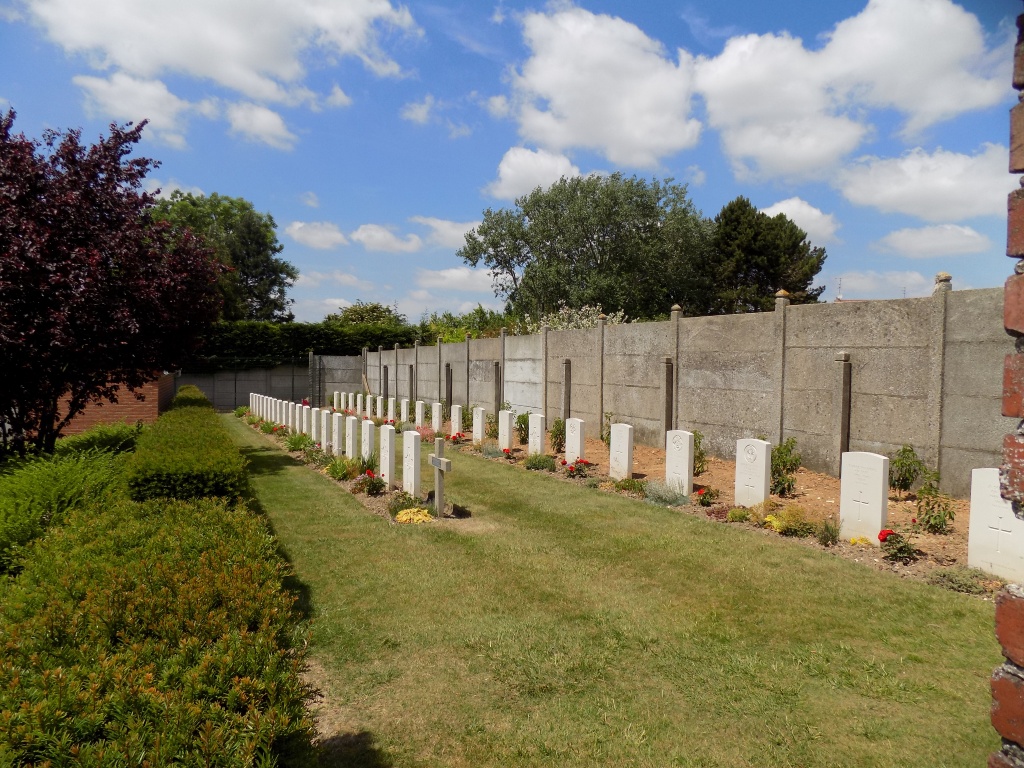 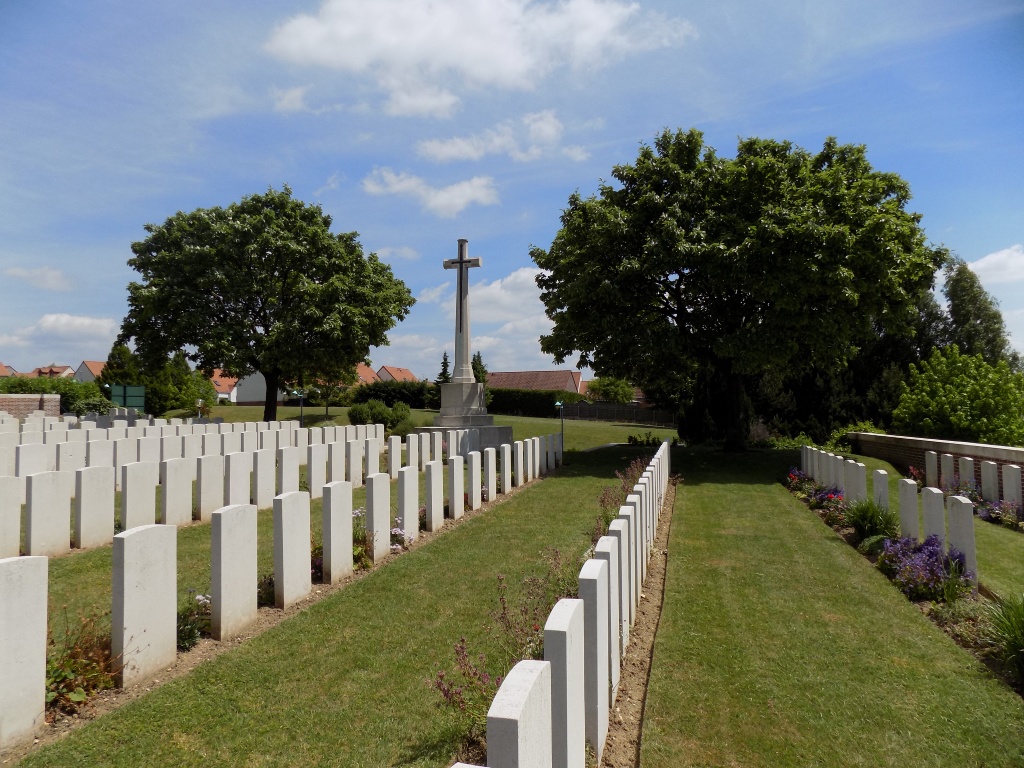 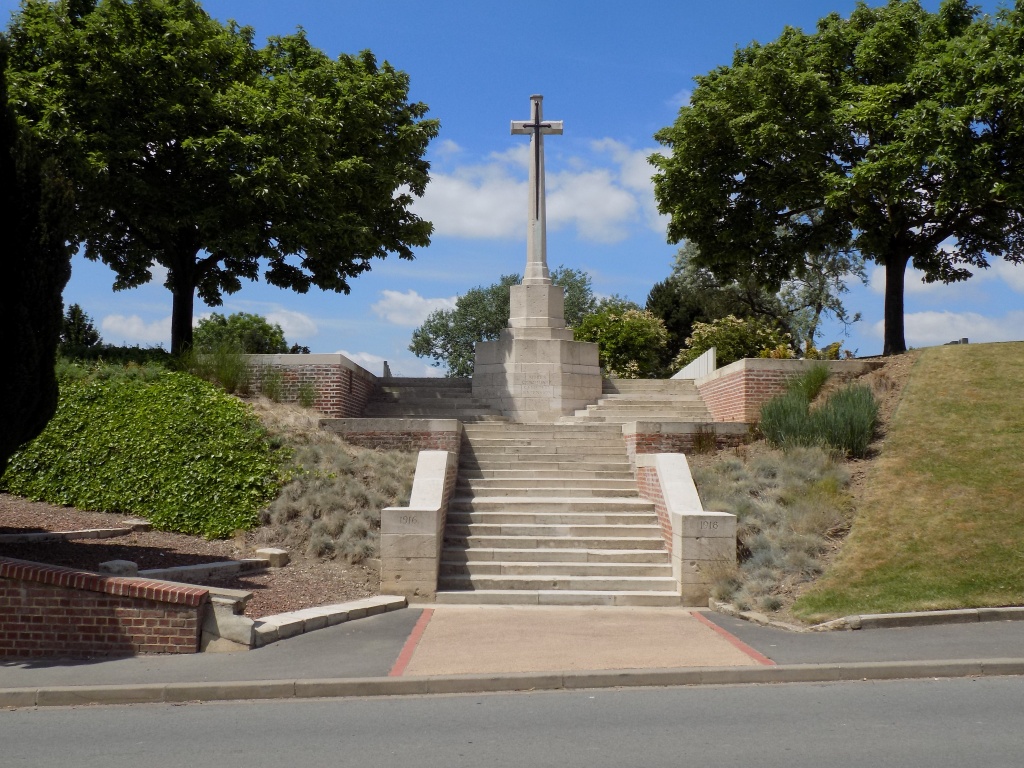 Athies was captured by the 9th (Scottish) Division, which included the South African Brigade, on 9 April 1917, and from then it remained in Allied hands. ATHIES COMMUNAL CEMETERY contains one Commonwealth burial of the First World War. The adjoining COMMUNAL CEMETERY EXTENSION was begun immediately after the capture of the village and used by field ambulances and fighting units until May 1918, and again in September 1918. The extension contains 312 Commonwealth burials and commemorations of the First World War. 32 of the burials are unidentified but special memorials commemorate three casualties known to be buried among them. The extension also contains 41 Second World War burials, ten of them unidentified, mostly dating from May 1940 and the German advance across nothern France.