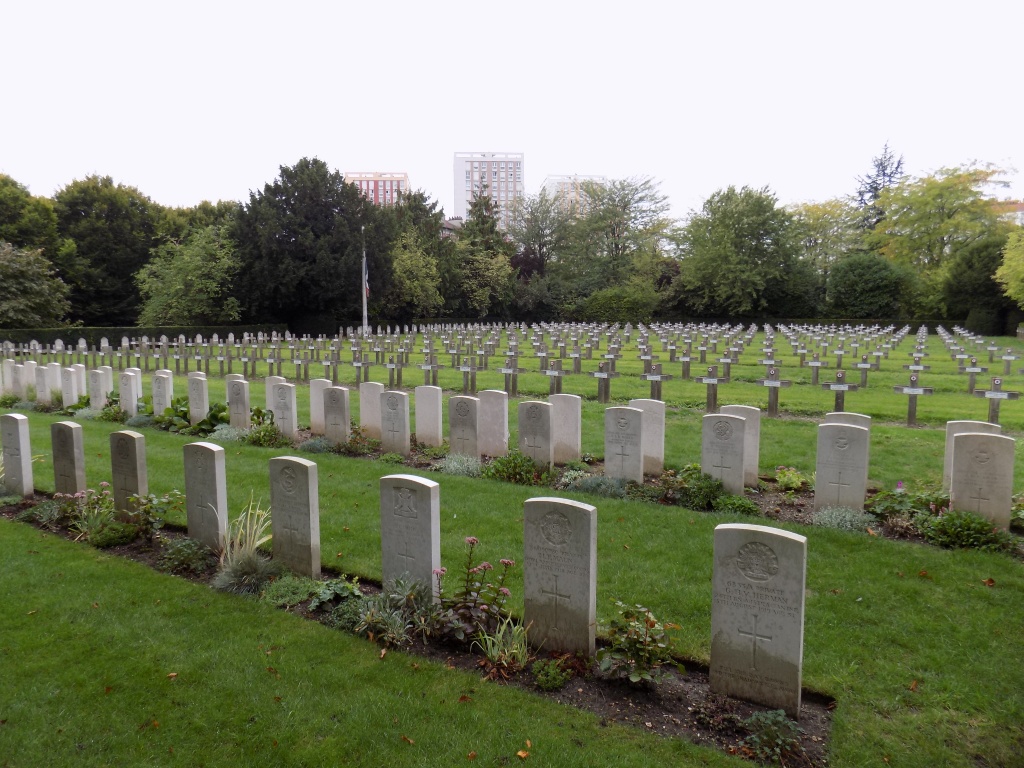 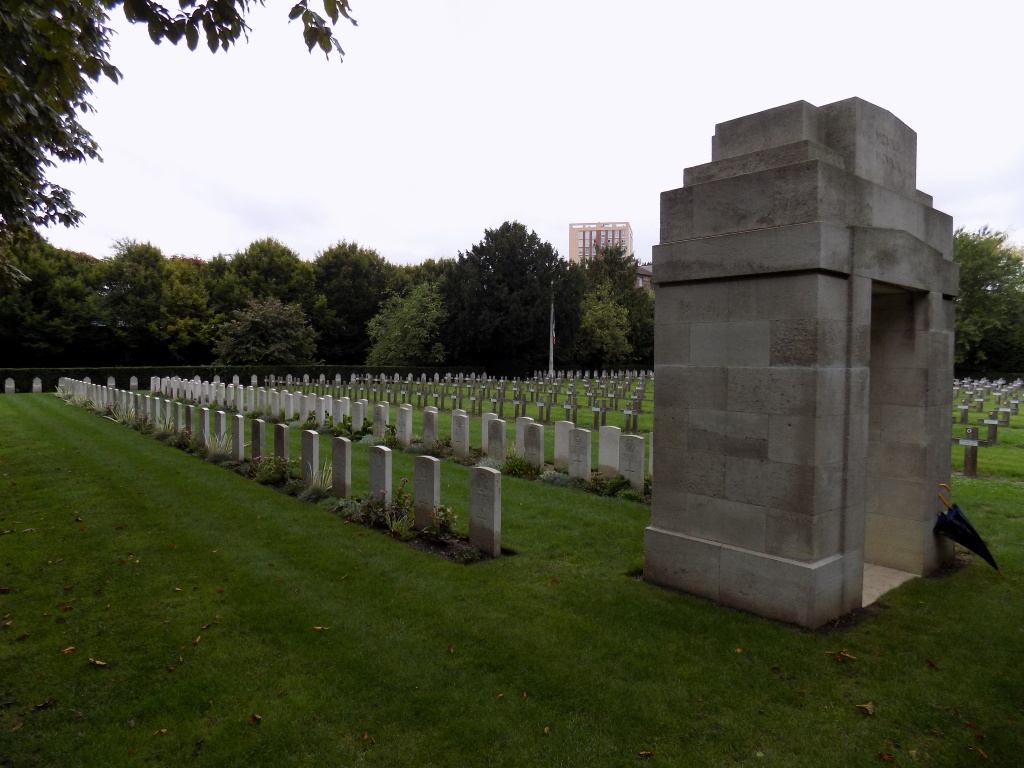 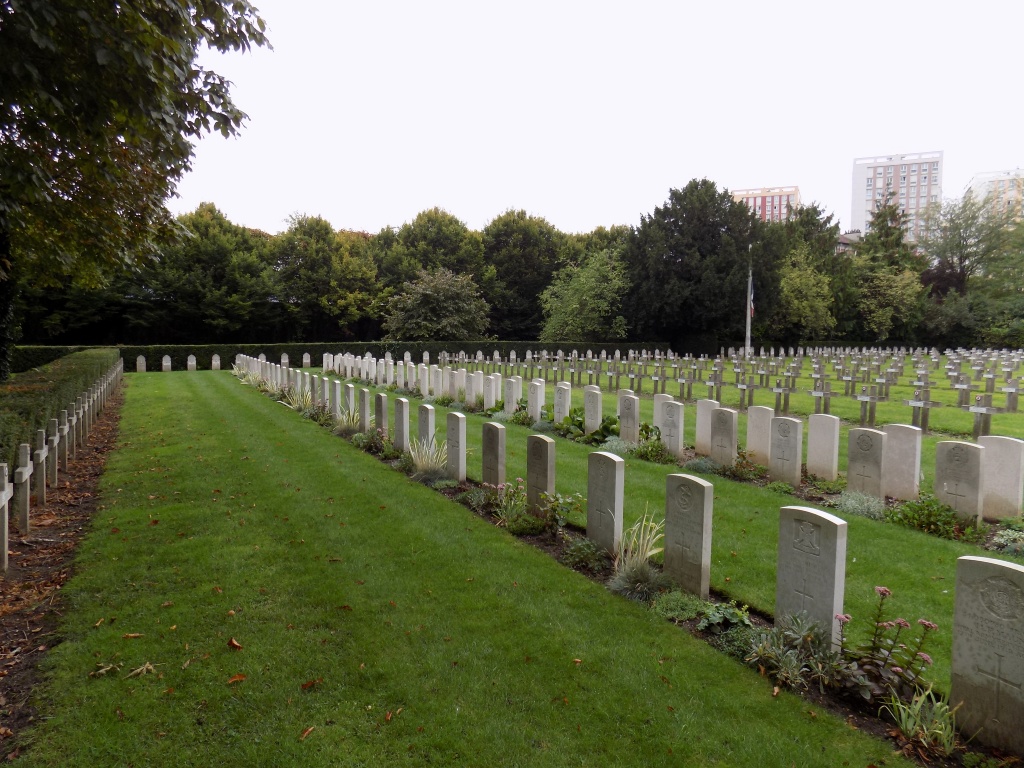 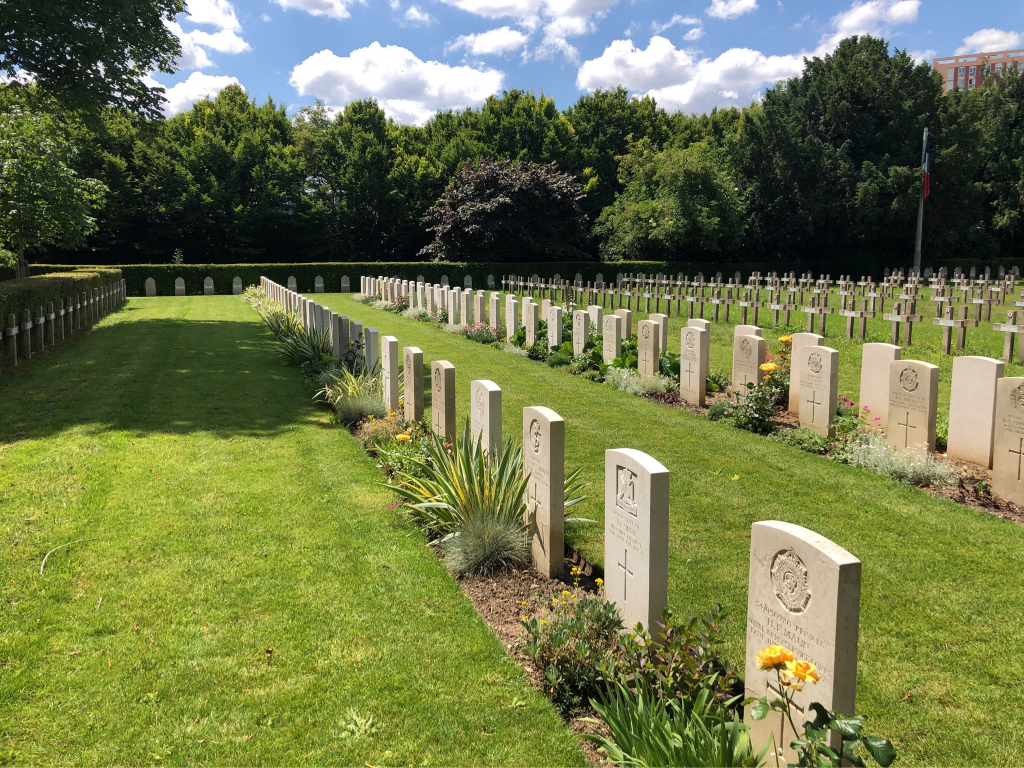 This cemetery is north-east of the city on the road to Le Bourget from Porte De Pantin or Porte De La Villette. The Commonwealth graves are at the west end of the cemetery.

The British War Graves in the neighbourhood of Paris fall into three main groups. The earliest are those of soldiers who died of wounds in French and British hospitals in or near Paris in 1914, when the ambulance trains ran South-Westward from the Aisne and the Marne. The second group is due to the presence of British troops in the Aisne and the Marne in the summer of 1918. The third is a number of graves of men who died after the Armistice.

The Commonwealth graves form a small plot in Division 6, at the West end of the City of Paris Cemetery, among French Military graves.

The cemetery covers an area of 273 square metres.